Plans for DRS in Big Bash on hold amid logistical challenges 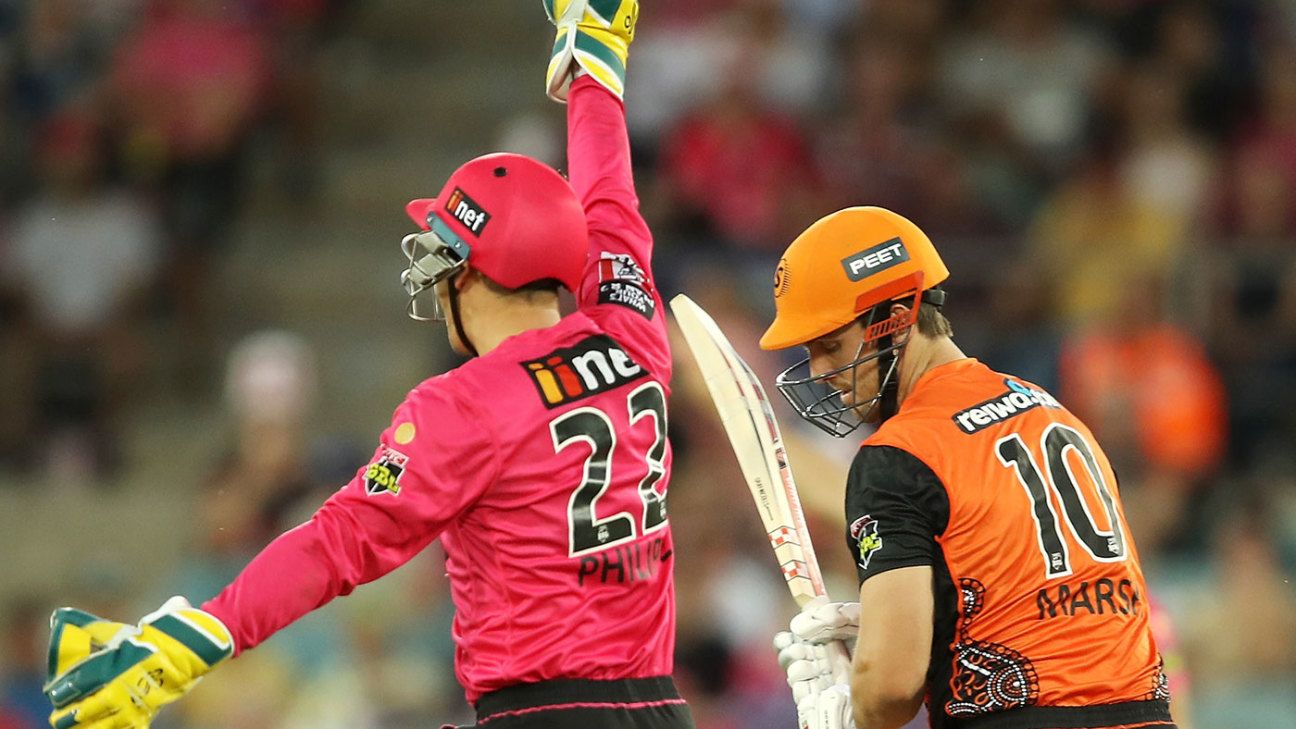 It will be at least another season until the DRS is introduced to the BBL, after logistical issues caused by the pandemic put paid to attempts to bring the system to this year’s competition following criticism of the number of errors that could have been overturned last summer.

There had been a strong push to bring the review system – or at least a version of it – into the tournament, but while Cricket Australia remains confident of hosting a full edition, the ongoing challenges of international travel into Australia and then movement around the country were a key factor in not being able to pull it off.

With multiple sets of equipment and operators needed – there will be DRS used during the men’s Ashes at the same time as the BBL – the technology and the technicians would have had to be sourced from the UK and New Zealand. Anyone entering Australia still needs to quarantine for 14 days (although in some cases that will shortly be reduced to seven days) while there remain heavy restrictions on movement between states.

“The providers have said that the BBL is probably one of the most complex competitions in the world given the number of games, states and venues across multiple broadcasters,” Alistair Dobson, the general manager of Big Bash Leagues, told ESPNcricinfo.

“While there was the potential to bring it in during a normal year, all the additional challenges have meant it’s not going to be possible this season which is disappointing in a way, but whatever we bring we want to make sure it’s reliable and the integrity of the competition can be maintained. We got to the point where we couldn’t guarantee every game or enough games that would make it appropriate.”

Bringing the DRS to the BBL is still an ambition – although it remains to be seen whether it is the full package – but while CA did consider if there were alternatives this year, to avoid the situation where those watching on TV can see when clear errors are made, the TV umpire will only be used for the traditional suite of decisions.

There is also a concern about the length of BBL games. A new playing condition will be introduced, as reported by ESPNcricinfo last week, which will also come into the WBBL, where a batter will be penalised if they are not ready to take guard after 75 seconds, giving the bowler a chance to target an unguarded set of stumps. Adding the review system is seen as another potential source of delays.

“The important thing is being really clear on what you are trying to solve,” Dobson said. “There are still options that are there but we have to be really clear that we aren’t opening up any challenges or issues if we go down that path.”

On the need to keep the games to the intended timeframe, Dobson added: “Reducing the length of games has been a focus for us and there’s a range of ways we’ve explored and it will remain a focus for the next couple of seasons.

“While batters aren’t taking an exorbitant about of time, it’s about finding little ways to shave time off the game. Everyone will know there’s a limit and we think that will help. It’s not designed to catch batters out and would probably be surprised if it was used, that said it would be a pretty entertaining piece of TV.”

The three innovations brought into the BBL last season – Power Surge, X-Factor and Bash Boost – will be retained. Of the three, the Surge, the last two overs of the powerplay that can be taken by the batting side from the 11th over onwards, was generally viewed as the most successful. Dobson said there had been discussion about implementing some or all in the WBBL but felt they were not needed.

On the BBL itself, CA is continuing to work towards staging the competition as scheduled although as with the WBBL border restrictions loom as a hurdle with states reaching the 80% vaccination target at varying stages. Western Australia’s strict stance to states with Covid cases, which is also threatening the Perth Ashes Test, could be especially problematic for a home-and-away tournament.

“We are optimistic teams will be able to play in front of their home crowds,” Dobson said.