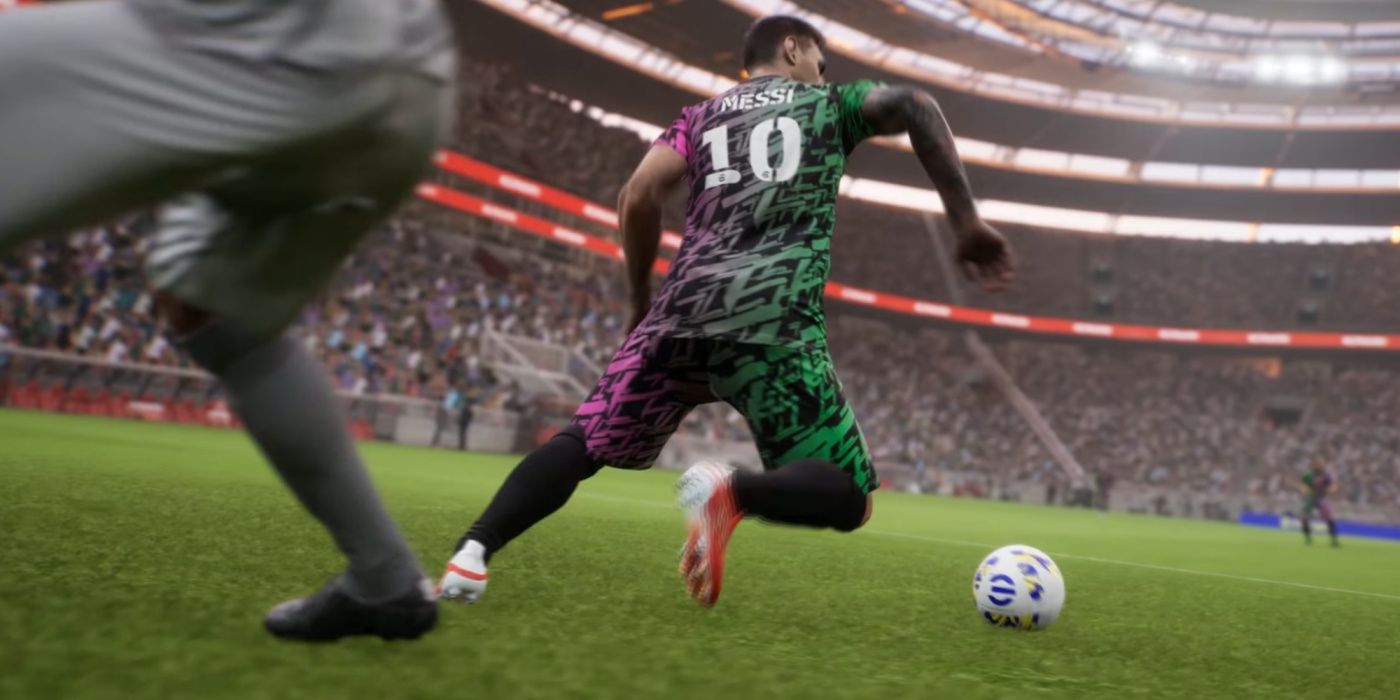 The eFootball-branded soccer game will launch later this month on PC, last-gen, and current-gen consoles in digital form. To the chagrin of many a fan, a boxed retail iteration of the title will not hit store shelves. Such a shift allows Konami to explore a supposedly “revolutionary soccer platform,” bolstered by a new engine, reworked controls, and rebuilt animation system. On top of the free-to-play model, eFootball will also support cross-platform play at an undetermined time in the future. But what about the quality of the experience itself? Thanks to recent leaks, that part of the equation is now being called into question.

Chinese YouTube channel Great Game (via VGC) recently posted 11 minutes of eFootball gameplay; though the footage is off-screen, a number of graphical and performance hiccups appear easy enough to spot. As a result, fans have taken to the comments of the video and social media to express disappointment in the leaked gameplay. Some comments note, for instance, that a few cutscenes seem recycled from older PES entries. Player collisions have come under scrutiny, too, due in large part to hitches in animations. Frame rate-related issues sparked quite the backlash, as well. While some viewers posit the leaked footage was derived from a PS4 build, others think supposed PS5/Series X|S features such as infrequent transitions and no loading times indicate this version is actually running on current-gen hardware.

Here is the clip that sums up some optimization issues. The half-time cutscene lag and the audience really seems to be 5 fps. We can still see a big issue too: The last transition shows again the players at the end of half-time and then back onto the pitch! 😕 pic.twitter.com/lft2FIqL0i

Since little to nothing is known about the above footage from Great Game, it’s worth remembering the gameplay could stem from an older build of eFootball. But fans remain skeptical about this new direction for the long-running sports franchise, regardless. By this month’s end, we’ll have a better sense of whether or not such concerns are warranted.

The PES sports sim originally hit the scene in 1995. Commercially speaking, the brand has long sat on the losing end of the rivalry with Electronic Arts’ FIFA series, which, despite ongoing concerns over in-game purchases, continues to dominate globally.

A Senior Writer on Screen Rant’s Game News team, Brianna Reeves graduated from Sam Houston Statue University in 2018 with a Master of Arts in English Literature. Brianna’s enthusiasm for games dates back to Mortal Kombat Trilogy on PlayStation 1, along with classics like MediEvil, Syphon Filter, and THPS2. However, Red Dead Redemption reinvigorated her love for the medium; hopefully, that passion reflects in the work she has contributed to Comic Book Resources, PlayStation LifeStyle, GVMERS, and Screen Rant.