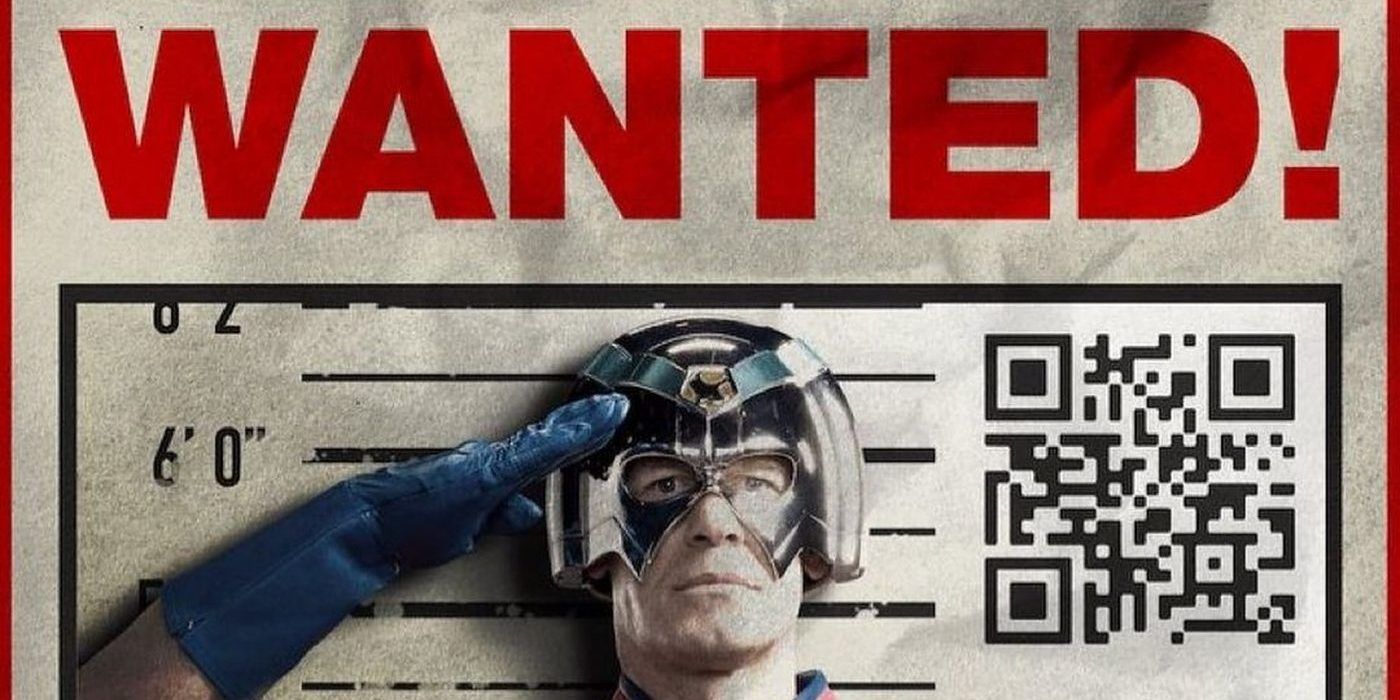 In promotion of HBO Max’s upcoming series, Peacemaker, writer/director James Gunn has shared a ‘wanted’ poster featuring John Cena’s titular anti-hero. Gunn’s first foray into the DC Extended Universe, The Suicide Squad, introduced a plethora of oddballs to Task Force X, including Cena’s Peacemaker, described as a “douchey version of Captain America.” While he was thought to have been killed during the battle at Corto Maltese, the film’s end credits scene showed Steve Agee’s John Economos and Jennifer Holland’s Emilia Harcourt visiting Peacemaker in the hospital to “save the f***ing world,” which set up the eight-episode spin-off series.

Peacemaker will take place after the events of The Suicide Squad, but also explore the origins of the character, who began as Christopher Smith. As alluded to in the flagship blockbuster, Peacemaker’s father “trained him as a soldier since the day he was born.” The trauma of his father’s unconventional methods, and his tragic suicide, made Peacemaker the irrational enforcer he is today. In addition to serving as Peacemaker’s showrunner and writer, Gunn directed five episodes of the series while finishing work on The Suicide Squad. Production occurred earlier this year and the series is expected to premiere in January of 2022. With less than a week until the 2021 DC FanDome event, the promotional machine for Peacemaker is in high gear. A new teaser, poster and featurette were recently revealed at New York Comic Con 2021.

Related: Peacemaker’s Costume Rule Makes Him The Opposite Of Iron Man (Not Cap)

James Gunn recently took to Instagram to share a Peacemaker poster as part of NYCC. The image encourages fans to take a photo of themselves saluting under a ‘wanted’ ad of Peacemaker. The poster also includes a phone number that fans can call and, when dialed, are told “you have now joined the Task Force X meeting, which Peacemaker was late to…” Check out the post below:

In his upcoming solo show, Peacemaker will team with fellow ARGUS members John Economos, Emilia Harcourt, Danielle Brooks’s Leota Adebayo, Robert Patrick’s Auggie Smith, Freddie Stroma’s Adrian Chase/Vigilante, and Chukwudi Iwuji’s Clemson Murn to form a black-ops team to prevent an impending catastrophe. A recent promotional clip for the series, which sees a recovering (and fully-costumed) Peacemaker join the team in a diner, revealed that the bizarre anti-hero/patriot’s new team seems to doubt his abilities. It’s worth noting that, as the poster above implies, Peacemaker is still a criminal and a villain, and is only out of Belle Reeve prison for as long as he agrees to work with Amanda Waller (Viola Davis) and her team.

Gunn has teased that he has other DC projects in the works besides Peacemaker, which has only helped to build anticipation for a series that could be the start of something bigger (some fans have already begun calling for a “Gunn-Verse”). At the Peacemaker panel at DC FanDome on October 16, fans should expect an official release date announcement, specific synopsis, and a new trailer. It has become clear from promotional material that Peacemaker will be much more grounded and, in turn, darker than The Suicide Squad – and the above wanted poster is just a taste of that.