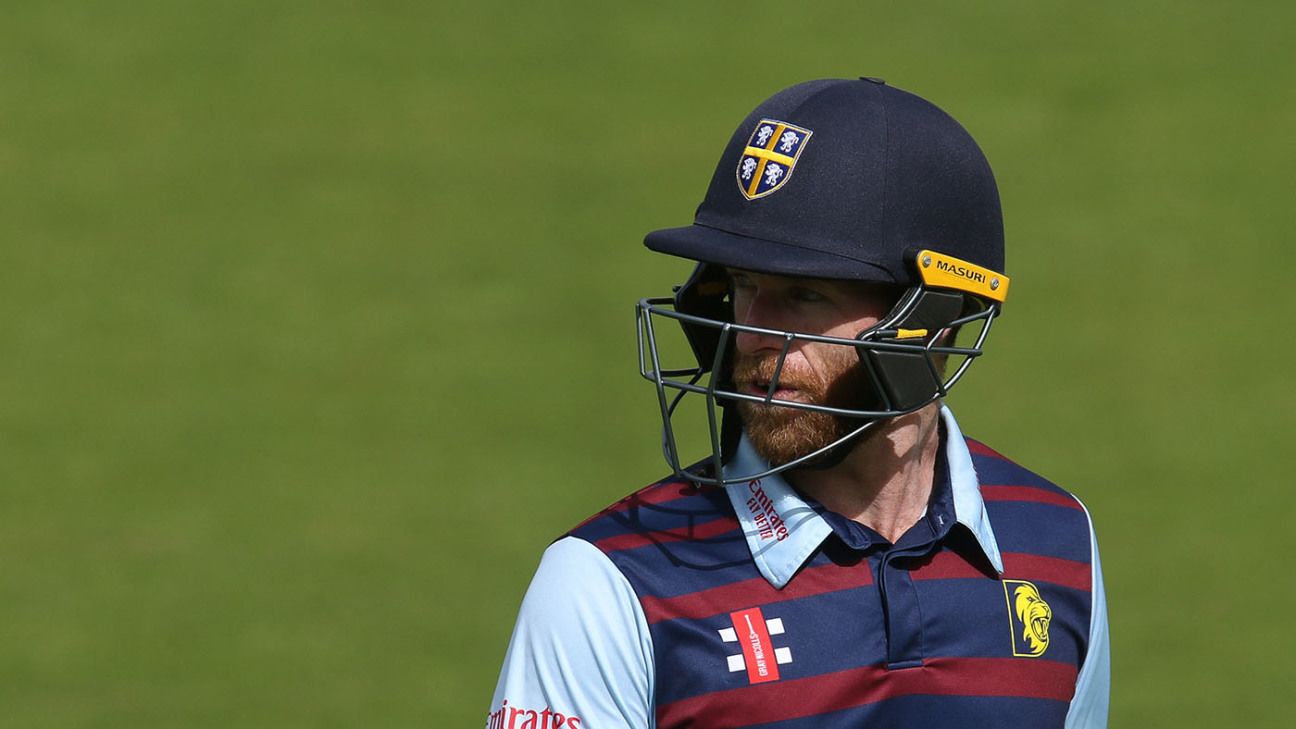 Rushworth was on point with the ball to claim 4 for 37, at one time reducing the visitors to 65 for 6 before a recovery led by Felix Organ, who mustered a career-best 79, guided Hampshire to 225 for 9 from their 50 overs.

Their total appeared below-par, and Clark ensured that Durham cantered towards the last four by scoring his third century of the season. The opener notched 141 and shared an unbeaten partnership of 211 – a Durham List A record for the second wicket – with Scott Borthwick to send their team into the knockout stage with momentum.

Hampshire were inserted by the home side, and they made a measured start reaching 19 before Tom Prest played on to his own stumps, handing Rushworth his 750th Durham wicket across all formats.

Nick Gubbins found the boundary three times to find his touch, guiding the visitors past the 50-run mark. However, the hosts roared into action led by Rushworth. The veteran seamer found the outside of edge of Tom Alsop and Borthwick claimed a brilliant reaction catch at second slip. Three balls later Joe Weatherley was bowled by Rushworth, exposing the Hampshire middle order.

Durham capitalised taking three wickets in three balls. Rushworth removed Ian Holland to notch his fourth scalp of the innings before Paul van Meekeren bowled Nick Gubbins for 23 and had James Fuller caught at point. Organ survived the hat-trick ball and stemmed the tide with a partnership of 35 with Fletcha Middleton.

Borthwick prised out Middleton lbw, reducing Hampshire to 100 for 7. Organ brought the visitors back into the contest with his maiden List A fifty from 87 deliveries, battling back against the hosts. He shared a stand worth 97 with Tom Scriven, who notched a career-best 42, which drove Hampshire to a total of 225 for 9 from their allocated overs.

Fuller produced a gem of a delivery to remove the dangerous Alex Lees for only four. However, Clark and Borthwick calmed proceedings without the experienced left-hander. The former surpassed Lees at the top of the Royal London Cup run chart smashing a huge six over the leg-side to pass fifty.

The century stand between Clark and Borthwick was reached in 115 deliveries before the Durham skipper notched his ninth List A fifty, displaying patience and guile at the crease. Clark upped the ante as he approached his hundred, and he reached the milestone with his 14th four from 108 balls, passing three figures for the third time in the tournament.

The duo broke the highest stand for the second wicket for Durham in List A cricket and then raced past their 200-run partnership courtesy of further Clark boundaries before easing past their victory target with 9.2 overs to spare.