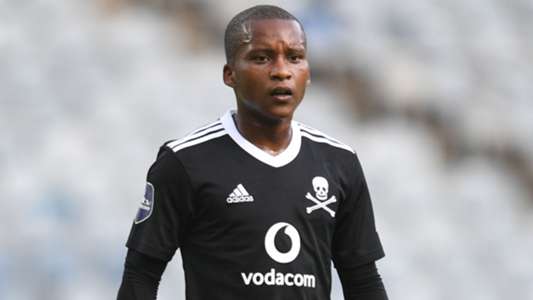 The two promising youngsters have been snapped up by the National First Division club on a loan deal until the end of the current campaign.

The Hammers released the following statement on Tuesday night:

Tshobeni spent the second round of the 2020/21 season with the Bucs first team having been promoted from the club’s academy eight months ago.

The 19-year-old attacking midfielder made six appearances in the PSL under coach Josef Zinnbauer, who parted ways with the Buccaneers earlier this month.

Zinnbauer had handed Tshobeni his professional debut against Maritzburg United in a PSL enocunter which Pirates won 1-0 at Harry Gwala Stadium in January this year.

The diminutive player has now been loaned out in order to get regular game time at the Hammers, who are expected to fight for promotion to the PSL this season.

Meamwhile, Modise spent last season out on loan at Maritzburg from Sundowns and he will also be keen to play regularly at JDR.

The talented player, who can also operate as a left winger, made just 10 appearaneces in the PSL for Maritzburg, before returning to Masandawana.

Modise would have hoped to get some game time at Sundowns following the departure of veteran left-back Tebogo Langerman last month.

However,  the lanky player found it difficult to break into the Brazilians’ starting line-up with the club having purchased left-backs Sifiso Ngobeni and Divine Lunga from Bloemfontein Celtic and Lamontville Golden Arrows respectively.

Modise, 22, was nurtured in the Sundowns academy and he has played for South Africa’s under-17, under-20 and under-23 national teams.