Olympics 2020 Diary: From Tokyo, with love 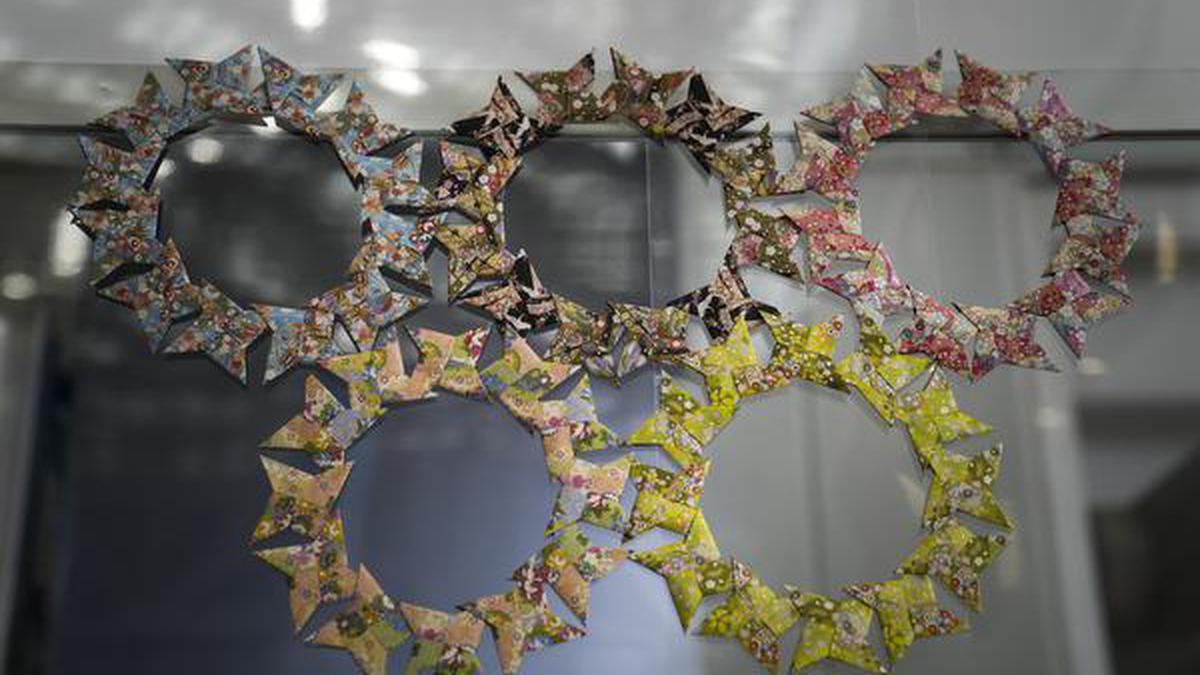 From talking to silver medallist Mirabai Chanu about her quest for a pizza to a ringside view of Lovlina Borgohain’s path to the semifinal and plenty of polite bows, konichiwas and arigato gozaimas, Diary’s first week in Tokyo has been nothing short of lively.

Getting to Tokyo was a little victory by itself. After months of doubts, weeks of back and forth emails, seven consecutive RT-PCR tests, two flights and a final test at the Narita Airport, Diary was finally able to announce that he had made it to the Olympics. The pre-departure stress was nerve-wracking and led to sleepless nights, but the sight of the Olympic Rings at the airport, and a photo with them, washed it all away.

Diary was unhappy at not being able to get a ticket to attend the opening ceremony, but all was well the next afternoon when Mirabai Chanu won India’s first medal of the Games. Getting to the competition venue was like finding your way through a maze — the Diary should get a medal for navigating through the spaceship-like Tokyo International Forum. Mirabai said she wanted to celebrate her victory with a pizza and some balle balle. Mirabai has since eaten her pizza and returned home. Diary, equally craving a pizza, is still on a quest to find a vegetarian option.

Origami – the art of folding a flat sheet of paper to form a small sculpture – is a key element of Japanese culture. And it was only fitting that all the venues here would have multiple origami sculptures – even the bathrooms have them! While the volunteers at the Musashino Forest Plaza, where the badminton games were being played, used origami to make the Olympic Rings, a volunteer’s 13-year-old daughter made 35 tiny ohearts and stuffed them with chocolate for the journalists at the main press centre. Origami and hospitality – two uncompromising and beautiful elements of the Japanese way of life.

Whether helping us book a taxi or pointing us to the closest bus stand, the volunteers in Tokyo do it all with a smile. –  Getty Images

Speaking of hospitality, each and every volunteer at the Games has managed to sport a smile – even outdoors when the temperatures soar to the 30s. Whether helping us book a taxi or pointing us to the closest bus stand, the volunteers here do it all with a smile. Well, beneath their masks of course. And if they cannot understand what you’re saying, then they are quick to apologise with a genial “I’m sorry” and direct you to someone who can help you. When one of us left a water bottle behind in a bus and ran to get a connecting bus, the driver grabbed the bottle, did a 50m dash and stopped the bus to return the water bottle and say “I’m sorry.”

To curb the possible spread of infection, journalists arriving in Tokyo are not allowed to visit public areas, other than the competition venues, for the first 14 days. The only exception is a 15-minute window allowed each day when you’re a free bird and can flap your wings to the closest convenience store. There’s a 7-11 supermarket right across the road and it’s one of the most magical places Diary has seen. Well, it may be a bit of a hyperbole, but visiting a supermarket that’s got everything from ready-to-eat meals to fresh bread and the softest Japanese pancakes is truly is an enlightening experience. Diary has managed to fully explore two of the five aisles so far, and he plans to attack the ice-cream aisle today.

The weather in Tokyo has been excruciatingly hot. While the temperatures hover around 30 and make the occasional trip to the late 30s, the sheer intensity of the sun’s rays makes it incredibly draining to even walk around. And that’s for a layman like Diary. For the athletes, it’s a whole new experience. One that they were prepared for, but not entirely.

“Hot, hot! I didn’t think it’s going to be this hot out here. I kind of felt like I was cramping in the first 200m, but I’m glad I got through. I usually drink some water and Gatorade before a race, but today that didn’t help either because I felt like I was cramping! Hopefully tomorrow I can catch the weather before it catches me,” says the USA’s Michael Cherry after winning his 400m heat. CUE made an appearance at halftime during the game between Iran and the USA. –  Getty Images

Automatic everything — even the robots play basketball in Japan

From car doors to water faucets and even flush valves in the toilets, Japan is full of automation! But perhaps the best invention Diary has seen at the Games was CUE – an AI basketball robot built by Toyota, which is one of the major sponsors of the event. The robot made an appearance at halftime during the game between Iran and the USA. CUE sent the ball through the basket from the free-throw line and three-point line and attempted an audacious half-line shot but couldn’t get that swoosh. He tried thrice and failed and wheeled himself away with the disappointment writ large on his humanoid face.

French boxer Mourad Aliev made a statement, a silent one, by not leaving the ring following his loss in the 91kg semifinal to Great Britain’s Frazer Clarke. Aliev had been dominating the bout until the referee disqualified him with four seconds left in the second round. The referee – Andrew Mustacchio – felt Aliev had headbutted Frazer, who suffered cuts to both his eyebrows, and awarded the Brit the bout. Aliev flayed his arms, spat out his mouth gear and kicked it, and punched a camera three times on hearing the verdict. He refused to leave the ring and sat there for close to half an hour in protest. He left for a brief while to have a discussion with the officials but returned to the ring after the talks failed to produce a change in result. Mourad Aliev refused to leave the ring and sat there for close to half an hour in protest. –  Getty Images

“I sat down to protest against the unfairness for me. I prepared for these Games for four years. I really wanted to fight against the injustice, so that was my way to show that I don’t agree with that decision,” he would say after his act of defiance.