‘Neymar has become a spoilt brat at PSG’ – €222m star had ‘a cleaner style of play’ at Barcelona, insists Cisse 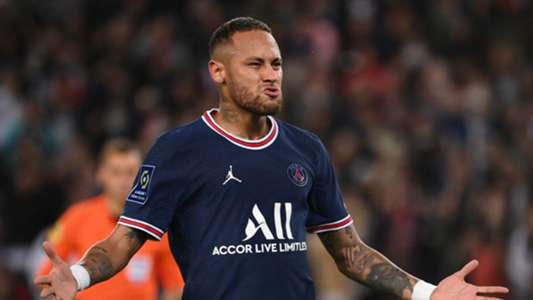 Neymar “has become a spoilt brat” at Paris Saint-Germain, according to Edouard Cisse, who insists that the €222 million (£190m/$257m) star had “a cleaner style of play” at Barcelona.

PSG forked out a world-record fee to bring Neymar to Parc des Princes from Barca in the summer of 2017, investing in the talent of a man who had established himself as one of the most dangerous wingers in the game during his four-year stay at Camp Nou.

Neymar has since helped the French giants win 10 domestic trophies, but hasn’t quite lived up to his price tag amid struggles with injury and off-field disciplinary issues, with Cisse of the opinion that he was managed better at Barca.

“At Barcelona there was a structure,” the former PSG midfielder has told The Parisian. “[Neymar] had a cleaner style of play, although he dribbled more.

“His job was to break the defensive line, make the difference and pass the ball to General [Lionel] Messi. He did it so well that he became his ‘alter ego’.

“In Paris, they gave him the keys and they let him do what he wanted. In one moment, he was lost.

“He is a great player, no one can dispute that, but he has become a spoilt brat and he bosses everyone around.”

Neymar’s inconsistency in a PSG shirt has continued at the start of the new season, with the 29-year-old only managing to record one goal and two assists in his first nine outings across all competitions.

Even a reunion with Messi, who moved to Parc des Princes in August after leaving Barca, has done little to bring the best out of Neymar, who drew another blank in PSG’s surprise 2-0 loss to Rennes on Sunday.

The Brazil international was taken off in the second half as Mauricio Pochettino tried to get his side back in the game, and the head coach was asked to explain his decision post-match.

The PSG boss told reporters of whether Neymar was below the required standard physically: “No that’s not it. We had five days [since the match against Manchester City]. We had 25-30 minutes of very good quality. We had control of the game.

“We conceded the goal on top. When we start the second half, we are immediately 2-0 down, it’s a different game afterwards.”

Neymar will be back in contention for a place in Pochettino’s line-up when PSG play host to Angers after the international break.