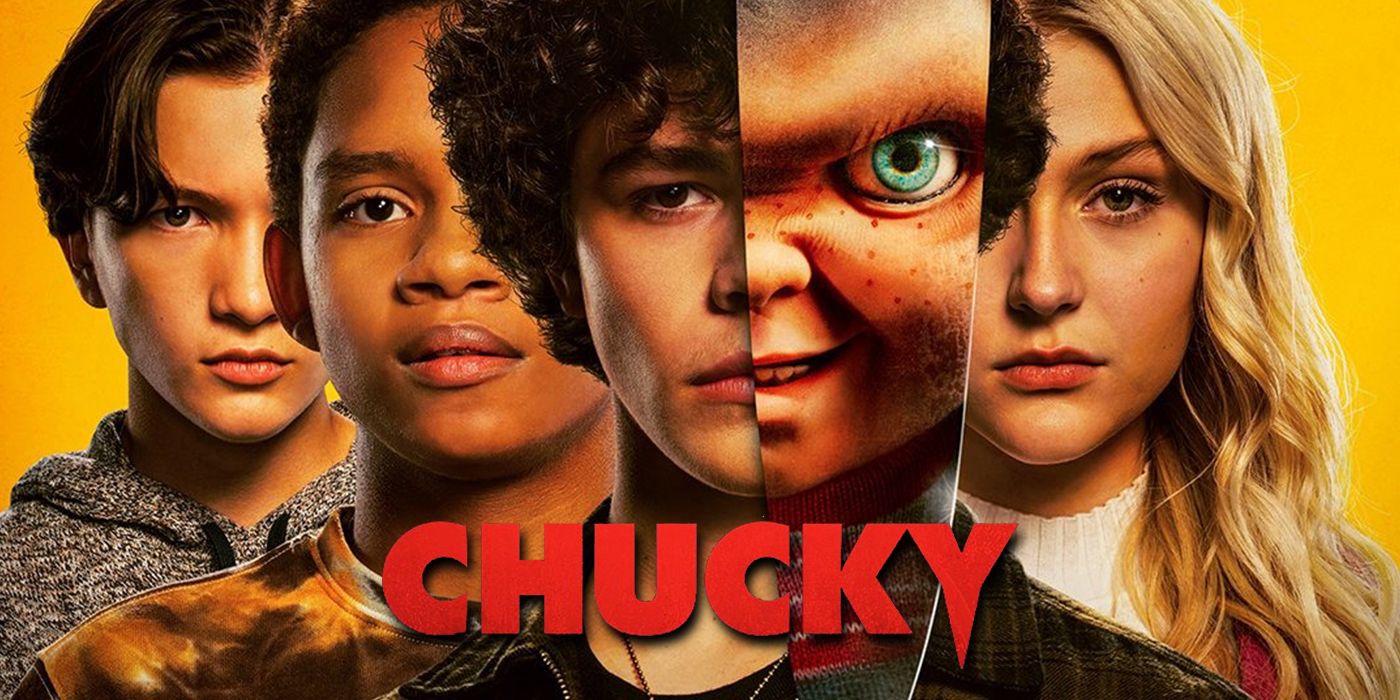 Child’s Play premiered thirty-three years ago, instilling audiences everywhere with an intense fear in red-headed dolls that bore any resemblance to the Good Guy doll that serial killer Charles Lee Ray transferred his soul into. Now, right in time for Halloween, Syfy has revived the eight-movie franchise, transforming it into a new television series that continues Chucky’s reign of terror.

In the trailer, an unsuspecting teenager named Jake Wheeler (Zackary Arthur) finds Chucky for sale at a local yard sale in the town that happens to be where Charles Lee Ray was born. The creepy doll gets stuffed in his locker at school, before going home with Jake and wreaking a little havoc. We also learn that before Charles Lee Ray settled on putting a piece of his soul into the Good Guy doll, he also transferred his soul into someone else.

While Chucky and Jake seem to have at least one moment where the doll isn’t trying to actively kill him, most of the trailer depicts horrifying deaths, a knife-wielding Chucky, and a pair of oblivious teens dancing as their house goes up in flames around them. It seems like everyone will have to come to terms with a series of horrifying murders that begin to expose the town’s deep hypocrisies and hidden secrets, while friends and foes from Chucky’s past creep back into his world and threaten to expose the truth behind his mysterious origins as a seemingly ordinary child who somehow became this notorious monster.

RELATED: First ‘Chucky’ TV Show Clip Shows Not Even Frogs Will Be Spared by the Killer Doll

The Chucky series has been in development since 2019 with creator Don Mancini, following the disappointing Child’s Play reboot that lacked the franchise’s creative team. With the new series, Mancini acted as the creator, showrunner, and writer, working with fellow executive producers David Kirschner, Nick Antosca, Alex Hedlund, and Harley Peyton. The first episode of the ten-episode series was directed by Mancini.

Check out the trailer below and tune in for the premiere on USA and Syfy on October 12th at 10 PM: