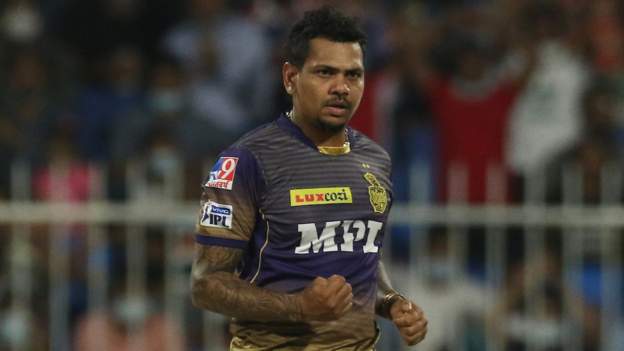 Kolkata Knight Riders all-rounder Sunil Narine put in a stunning performance to lead his side to a four-wicket victory over Royal Challengers Bangalore in the Indian Premier League eliminator.

He then smashed 26 off 15 balls as KKR reached 139-6 with two balls to spare despite a late wobble in Sharjah.

KKR face Delhi Capitals in Wednesday’s second qualifier for a spot in the final.

The winner of that tie will play Chennai Super Kings on Friday for the 2021 IPL title.

KKR have now won six out of eight games since the delayed tournament resumed in the United Arab Emirates, while RCB are eliminated in Virat Kohli’s final match as captain of the franchise.