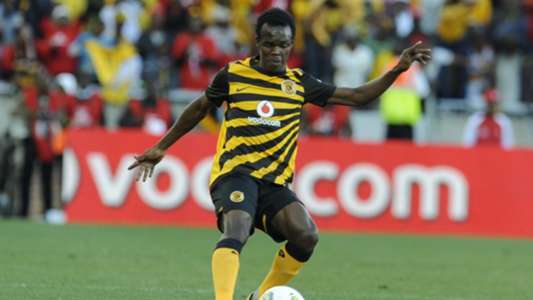 Former Kaizer Chiefs striker Knowledge Musona has explained what attracted him to Saudi Arabia where he signed for Al Tai FC in June.

The 31-year-old joined the Saudi Pro League side which was returning to the top division for the first time since 2008.

The move ended a difficult spell at Belgian giants Anderlecht where his stay was marked by loan stints at Lokeren and KAS Eupen.

Following the end of his loan deal at Eupen, some reports suggested that the Zimbabwe skipper could be returning to the Premier Soccer League to rejoin Chiefs.

But the player explains what influenced him to play in Saudi Arabia instead.

“I have settled very well here. I like the country, I like the team and I like the place. But it is always challenging when you move from a place that you are used to, to a new environment,” Musona told The Standard.

“I think the football here is good, it has improved over the years. I am looking forward to the season and also contributing to helping my team to win matches as well as staying in the top-flight league.

“I think it is one of the strongest leagues in Asia because, at the moment, a team [Al Hilal] from this league has won the Asian Champions League a record three times.

Musona has previously had two stints at Chiefs, with one being on loan from Bundesliga outfit Hoffenheim.

At 31, Musona is not yet thinking about retirement and wants to extend his playing years in Saudi Arabia.

“I also look forward to playing many more years [in Saudi Arabia Pro League] because it is a strong league. There is nothing to look down upon,” added Musona.

The ex-KV Oostende forward led Zimbabwe against Bafana Bafana last Friday in a 2022 Fifa World Cup qualifier, which ended in a 0-0 draw.