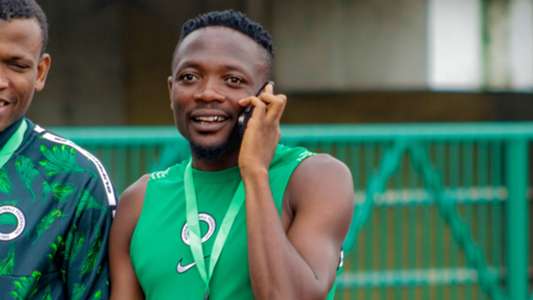 The 28-year-old forward, who formed part of his country’s Afcon 2013-winning team, became an international centurion in a meeting with the Blue Sharks

Musa was expectedly selected to start in Mindelo as the Super Eagles hope to boost their chances of qualifying for Qatar 2022 against Bubista’s Blue Sharks.

After representing the country at youth level, the speedy forward made his senior debut on August 5, 2010, in the 2012 Africa Cup of Nations qualification versus Madagascar – coming in as a substitute for ex-Chelsea star John Obi Mikel in the 2-0 win.

But he now becomes the third centurion for Nigeria, moving one short of Super Eagles’ record cap holders Joseph Yobo and Vincent Enyeama with 101.

Should the Kano Pillars legend – who has 15 international goals to his credit – feature against the Central African Republic in October, he will join the former Everton and Lille stars in the country’s hallowed ranks.

The Fatih Karagumruk star shot into international limelight after helping Nigeria U23 win the 2010 Wafu Nations Cup where he scored goals against Benin Republic and Burkina Faso.

His performance saw him invited to the senior national team prior to the 2010 Fifa World Cup, although he did not make the 30-man squad due to an ankle injury.

At the 2011 Fifa U20 World Cup in Colombia, the former Kano Pillars man scored three goals in five matches and he was included by Fifa’s shortlist for the Adidas Golden Ball.

He scored his first goal for the Super Eagles in an international friendly against Kenya in March 2011.

The three-time Russian Premier League winner has gone on to feature for Nigeria at two Afcon championships as well as two Fifa World Cups.

The 28-year-old began his European expedition at Eredivisie side VVV Venlo and his impressive performances at the Dutch side saw him sign for Russian top-flight side CSKA Moscow.

Having won three Premier League titles, one Russian Cup and two Russia Super Cups with the Horses in his four-year spell, he joined Leicester City on July 8, 2016, for a club record of £16.6 million at that time.

Following his inability to tie down a regular place at the King Power Stadium, he was sent back to CSKA Moscow on loan, before teaming up with Al Nassr in 2018 on a permanent deal.

Musa continued his professional career in Turkey after a short stint with boyhood club Kano Pillars.