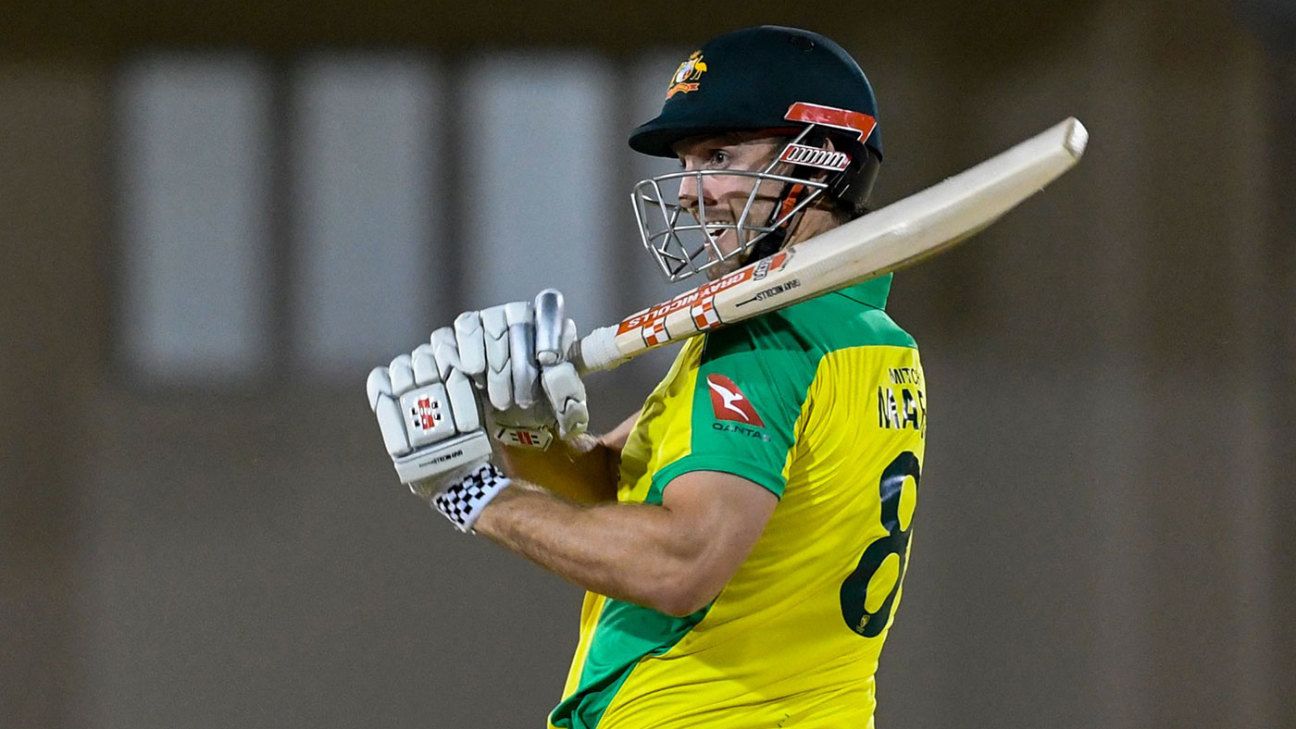 Mitchell Marsh appears set to retain the No. 3 spot in Australia’s XI for the T20 World Cup after his success on the tours of West Indies and Bangladesh which will have a knock-on impact on where Steven Smith returns to the side.

Marsh was Australia’s standout batting star on the recent tours, scoring 375 runs across 10 matches, with the series in the Caribbean being the first time at batted at No. 3. They were missing a host of first-choice players for those trips with Smith, David Warner, Glenn Maxwell and Marcus Stoinis now all available again.

Maxwell’s outstanding returns in the IPL for Royal Challengers Bangalore make a strong case for him batting as high as possible to maximise the time he has at the crease with No. 4 seeming the logical place. However, that would mean Smith, who has missed Australia’s last three T20I series, moving down to the middle order and since 2011 he has only twice batted lower than No. 4 in T20Is.

“I dare say that if I play in this tournament, I’ll be listed at No. 3,” Marsh said. “But I think the beauty of our squad is that from three to six or even seven, all of us can float. It will just be a matter of game situation and who we think is best to go in next. So, I think I’ll be at the top, but it’s about being adaptable and being able to float with the guys that we’ve got coming after me.”

Marsh picked up the form he had shown overseas in his one domestic innings before leaving for the World Cup when he hit 111 off 124 for Western Australia in the Marsh Cup. As he enters his fourth global limited-overs event, on the back of a seven-week period at home where he also got engaged, he feels well placed.

“I probably feel more confident just in my preparation and that often allows me to go out there and just play the game and try and perform for the team,” he said. “I know that when I’ve prepared really well I go out there full of confidence and that’s certainly been the case for the last few months. I’ll continue to do that.”

On the evidence of some of the IPL, Marsh’s success on slow pitches in West Indies and Bangladesh could stand him in good stead. Playing spin was an area of his game he put particular focus in, picking the brains of Adam Zampa to find out how he would bowl to him and then working out ways to counter that.

“I just asked him where he where he would bowl to me, to try and stop me from scoring. I think if I can try and nullifying bowlers from and doing that, and get the game a bit more on my terms when playing against spin, it becomes a little bit easier and you can you get more boundary options.

“I’ve watched guys like Marcus Stoinis who use the crease unbelievably well. Getting back and hitting guys over deep midwicket off the back foot for six and I think when you start playing shots like that, then you get more balls in your area to look down the ground. In these conditions we know we’re going to get a lot of spin.”