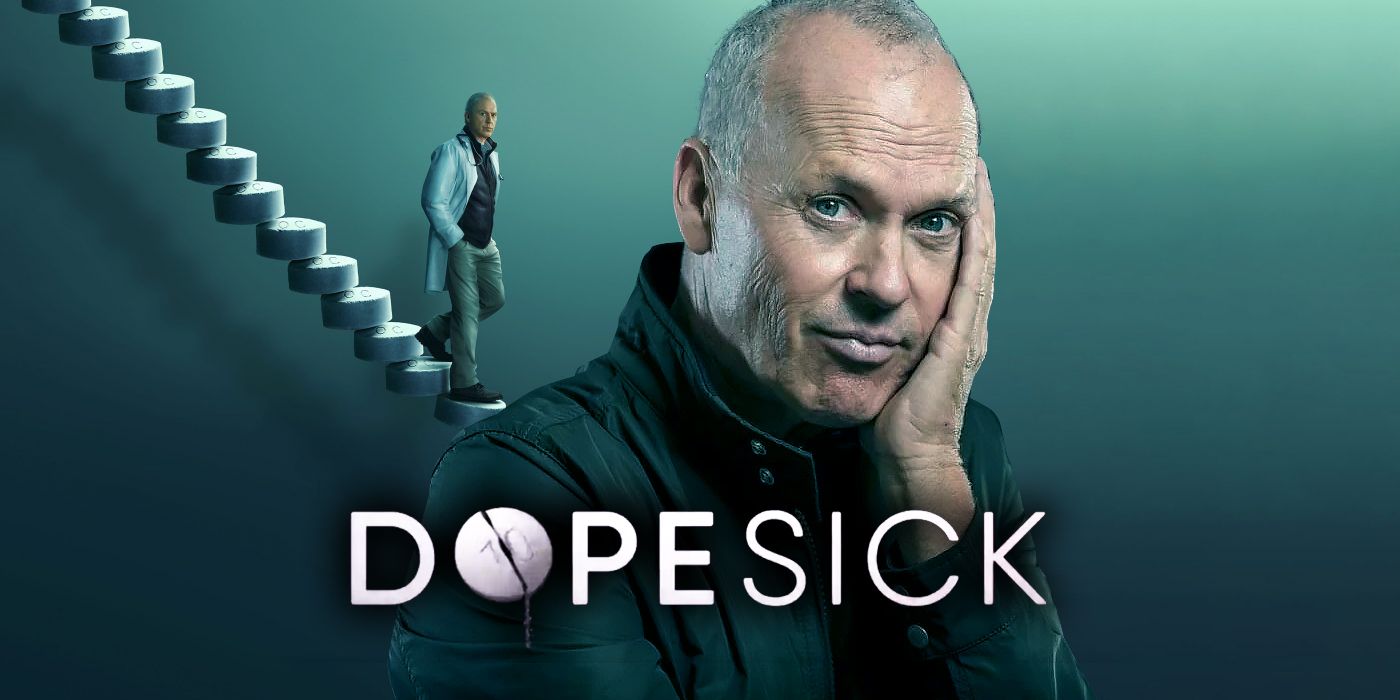 From creator Danny Strong and inspired by the best-selling book of the same name, the limited Hulu series Dopesick delves into how Purdue Pharma created the worst drug epidemic in American history when they pushed their opioid while lying about how addictive it truly is. Threading stories about Big Pharma, a small mining community, and the DEA, the villains become clear while the ordinary people try to struggle through each day just to make it to the next.

During this 1-on-1 interview with Collider, which you can both watch and read, Michael Keaton (an executive producer on the series who also plays Dr. Samuel Finnix, a doctor unsure of the new drug being pushed on him for his patients) talked about why he felt this was an important story to tell, being a part of projects that might also have an impact on people, where this particular character ranks for him in his career, and why it’s hard to get so invested in a story that has no satisfying resolution.

Collider: I appreciate you talking to me about this. I was very moved by it. It’s one of those stories that’s frustrating, heartbreaking, and made me want to scream while I was watching it. Correct me if I’m wrong, but you seem like someone who doesn’t take an acting job unless you’re compelled to, and not because you’re obligated to. That being said, why did you feel this story was important to tell, especially knowing that it wouldn’t be an easy story to tell?

MICHAEL KEATON: Usually what happens is that you read something, and I’m just giving you the macro now, and go, “Is this well-written? Is this gonna be fun? Is this interesting?” In my case, a lot of times it’s, “Have I done this already? Am I a little bit frightened of being able to do it well?” that can be a good motivator. You break it down and go, “Yeah, this. Here we go.” Those are just a few of the reasons why I might wanna do something. I have a job, and a lot of people aren’t fortunate enough to have a job, where I get to do something that I enjoy and also it might have an impact on people and might help somebody, to put it simply. That’s a great thing, to do something you like and also it ends up possibly helping some people, so I’m fortunate.

You’ve given a lot of great performances playing a lot of different characters in a variety of memorable projects. Where does this guy fit in for you? Was he challenging? Was he rewarding, just in helping to get this story out there?

KEATON: Yeah. I think it ranks pretty high, actually. I haven’t really thought about ranking him, but now that you asked me that, I would say it ranks pretty high. A lot of times, I look at degree of difficulty. A long time ago, I remember someone won a big award for something and they were great. I’m not gonna get specific because frankly it was so long ago, I can’t get that specific about it, but I remember thinking I’d seen something similar-ish. There were two stories and both films came out, and they were about the same thing. One disappeared because it didn’t have the big names attached or the publicity, and I remember noticing how good the one was that never got any notice. I remember thinking it was because of the degree of difficulty.

Sometimes I guess I’ve been given credit for being good at something, but I always factor in the degree of difficulty. Everything’s relative. I’d say the degree of difficulty with this, and not just the character, but when I had to do it, how I had to do it, how it had to be scheduled, and how I had to break it down and get the job done and do it well, and then move on to another project, and stay focused, all during COVID, when everybody was quarantining and you couldn’t be near people, even on the set, I would rank this one up there, now that I think about it.

And in terms of the person, I just liked the person that I play. I’m not one of those people who has to really find something to like about the character. I don’t necessarily believe in that. If you play a bad guy or a horrible person, just play a horrible person and go with it. I don’t have to find something I like about him to do it. I have no problem with playing a horrible person. Ray Kroc (in The Founder) did some things that were not very nice at all. I didn’t wanna sugar coat it. He also was a very, very hard worker. So, I don’t know. I like this guy. I like Finnix.

Is it hard to get so invested in a story that doesn’t really have a resolution or a happy ending? These lives and these families are still destroyed, no matter what happens.

KEATON: That’s a really good question. I would say the answer to that is yes, but while making it, I don’t know that I can think about that. But yeah, that’s frustrating as hell. Part of the great thing about this series, I think, is that people get to share the frustration. There are activists. The voting issue right now is so unbelievably worrying to me, and should be to everyone. There’s basically voter suppression in even states now, based mostly on race, let’s be honest. That is so upsetting to me. I don’t think people get how important that is. We think about how important it is, but there’s no time to sleep on that one. No time.

Dopesick is available to stream at Hulu on October 13th.

Michael Keaton Describes the First Shot of Batman in ‘The Flash’: “Whoa, This Is Big”

Tim Burton fans will be very happy about what Keaton just told us.