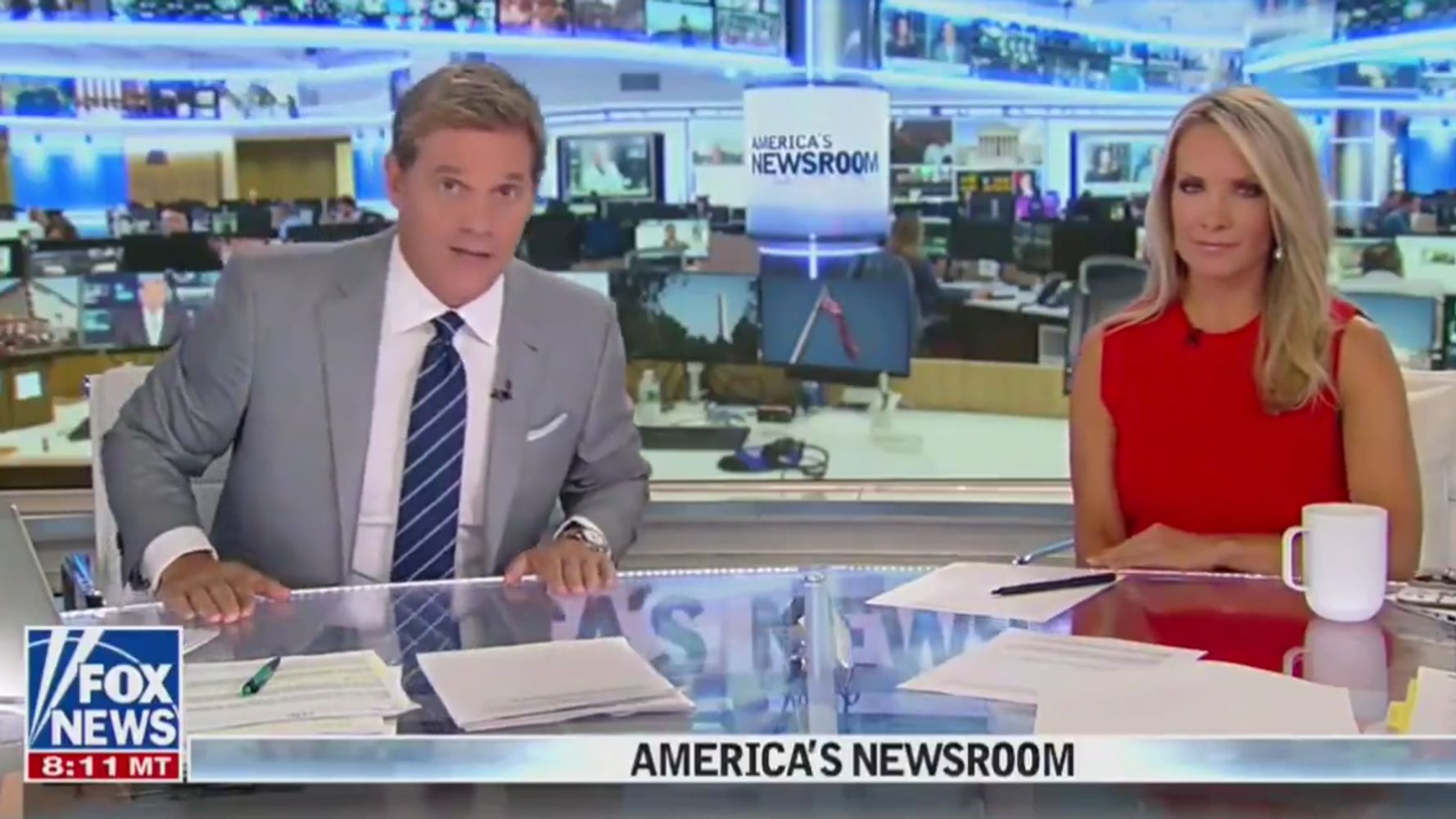 Fox News anchor Bill Hemmer got his world-historical figures momentarily confused on Tuesday, when he claimed that Karl Marx wrote “My fight ” during a segment on “America’s Newsroom.”

“I remember 20 years old going to Trier, Germany and trying to find the home of Karl Marx cuz, y’know, 1848 — he wrote Mein Kampf. I want to know what it’s all about.” pic.twitter.com/9sa6inGqpi

The quote, which has been cut from Fox News’ website, was roundly mocked on Twitter. People also really enjoyed co-anchor Dana Perino’s response to Hemmer’s remark.

I was so passionate about studying Charles Darwin at college I flew to England to try and find his house, because you know, he wrote The Satanic Verses, and that was like incredible.

Hemmer did acknowledge his mistake later in the show, saying: “I misspoke. 1848. Karl Marx. ‘The Communist Manifesto.’”

“My fight,” or “My Struggle,” is a 1925 autobiographical and anti-Semitic manifesto by Nazi Party leader Adolf Hitler. Marx was a German political philosopher and economist who is one of the most influential socialist thinkers in history, best known for his 1848 pamphlet “The Communist Manifesto” and the three-volume “The capital.”

Hemmer’s comments came near the end of a discussion among three white people about whether critical race theory should be taught in elementary schools.

Hemmer, along with Perino and Fox News contributor Marc Thiessen, discussed an op-ed published by the Los Angeles Times Sunday that argued that CRT, an academic framework that examines how policies and the law perpetuate systemic racism, should be introduced to American students at a younger age. The subject is typically taught in law and graduate schools.

Unsurprisingly, Hemmer, Perino and Thiessen were of the view that the subject should be kept out of grade-school classrooms and be reserved for college students.

That’s when Hemmer said that critical race theory taught at a college level is “fair game,” and committed his slip of the tongue while attempting to boast about his intellectual curiosity.