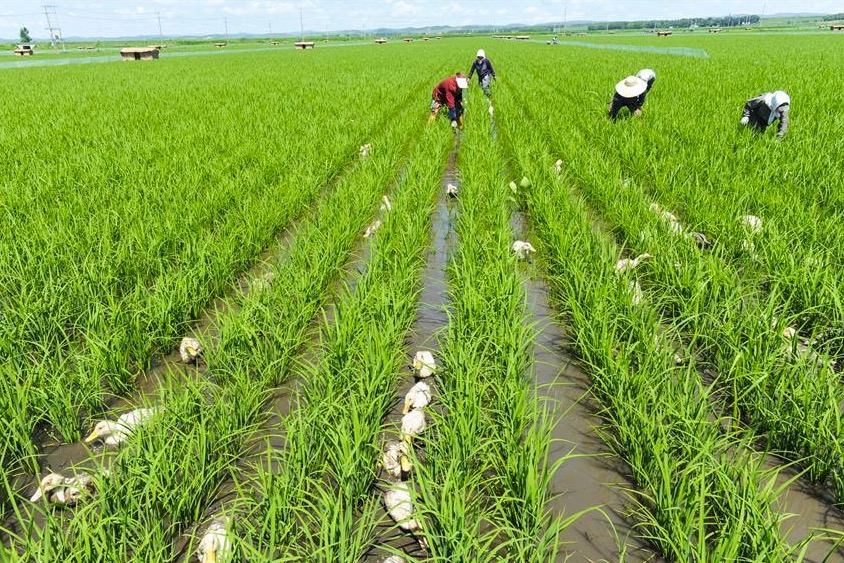 We at Climate Realism have debunked dozens of stories in the media on these topics. The most recent absurd claim is from CNN Business who claims: Climate-driven crop failures are driving up food prices.

An “expert”, Cynthia Rosenzweig an agronomist and climatologist, even claims, “Climate change is coming right into our dining room tables.”

Of course, this is completely false and isn’t happening. As H. Sterling Burnett recently pointed out with real-world data, Crop Yields Keep Growing, Not Shrinking.

But real science without a social-engineering agenda has just made all of the food shortage and crop-failure claims moot, especially in poorer countries where rice is the main staple of the diet.

By doing a simple manipulation of the RNA in plant cells, this new modification allows plants to grow dramatically greater crop yields, as well as provide increased drought tolerance

According to UC, in initial tests, adding a gene encoding for a protein called FTO to both rice and potato plants increased their yield by 50% in field tests.

The plants grew significantly larger, produced longer root systems, and were better able to tolerate drought stress. Further analysis also showed that the plants had increased their rate of photosynthesis.

“The change really is dramatic,” said University of Chicago Prof. Chuan He, who together with Prof. Guifang Jia at Peking University led the research.

“What’s more, it worked with almost every type of plant we tried it with so far, and it’s a very simple modification to make.”

The method has created some exciting results.

The scientists repeated the experiments with potato plants, which are part of a completely different plant family. The results were the same.

Above, the potato yield from unmodified plants. Below, the yield from plants with the new RNA modification. Image courtesy of Yu et al.

The fact that the same RNA modification worked on both potatoes and rice suggests a degree of universality for the new discovery that is extremely exciting.

As the researchers try other staple crops such as corn and soybeans, the results—especially for American farmers—could be dramatic.

While environmentalists and food safety critics will probably try to label this improvement yet another variation of “frankenfood”, it turns out the researchers are not doing any genetic modifications (GMO) at all, but merely tapping into something already in the plant.

According to Guifang Jia, one of the UC researchers, “This is a brand new type of approach, one that could be different from GMO and CRISPR gene editing; this technique allows us to “flip a switch” in the plants at an early point in development, which continues to affect the plant’s food production even after we remove the switch.”

“It seems that plants already have this layer of regulation, and all we did is tap into it. So the next step would be to discover how to do it using the plant’s existing genetics,” he said.

According to Michael Kremer, another UC researcher, “This is a very exciting technology and could potentially help address problems of poverty and food insecurity at a global scale.”

Indeed, once it is applied on a global scale, it would essentially negate any argument made by climate change advocates that climate change will affect food production in a negative way, but that won’t stop them from trying.