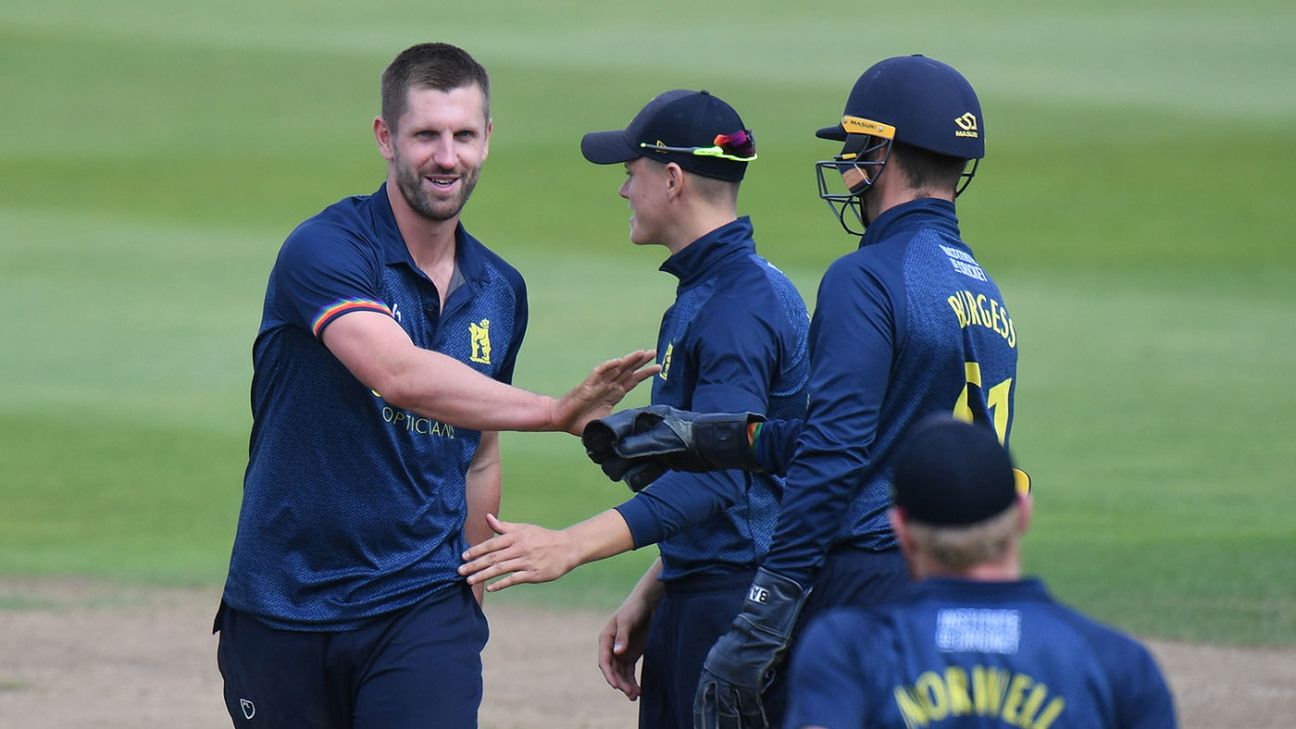 Warwickshire beat Somerset by three wickets in a thriller at Edgbaston to spoil the west country side’s hopes of qualification for the Royal London Cup knockout stage.

The home side went into action with qualification already beyond them but their youngsters delivered an impressive victory driven by a powerhouse all-round display from Matt Lamb.
Lamb’s List A-best bowling of 4 for 35 limited Somerset to 287 for 8 after a third-wicket stand of 118 between Lewis Goldsworthy (79) and James Hildreth (72) left them apparently heading for 300-plus.

The 25-year-old then scored 92 off 103 balls as the Bears reached 289 for 7 with six balls to spare. At 108 for 4, they were on the back foot but Somerset’s qualification bid was then unpicked by stands of 77 between Lamb and Dan Mousley and 88 between Lamb and Jacob Bethwell.

Goldsworthy, in his eighth List A appearance, and Hildreth, in his 220th, dovetailed nicely to add 118 in 20 overs. Hildreth passed 50 in 52 balls and was accelerating dangerously when he hoisted Craig Miles to deep square.

At 219 for 3 in the 40th over, Somerset looked set for 300-plus but, after Goldsworthy chipped Bethell to mid-wicket, the innings lost momentum. Lamb’s fiendish variations earned him his first List A wickets to continue a productive RLC for the 25-year-old who scored his maiden List A ton in the home win over Leicestershire.

Josh Davey then inflicted early damage on Warwickshire’s reply with two wickets in the third over. Rob Yates sliced to point and Will Rhodes nicked a superb delivery to wicketkeeper Davies.

Ed Pollock sped to 44 from 29 balls but Somerset skipper Green astutely kept the impressive Davey on and was rewarded when Pollock chipped to mid-wicket.

Michael Burgess made a fluent 38 but then also perished to a catch at mid-wicket, off Ned Leonard. That was 108 for 4 but Lamb and Mousley added 77 in 15 overs and, after Mousley was bowled by George Drissell, Bethell settled immediately.

Somerset’s young side fought valiantly and when Lamb and Bethell sent up catches with 12 still needed, the game was back in the balance but Brookes and Bresnan saw the Bears home with six balls to spare.