Marvel’s What If…? Review: Plenty Of Potential 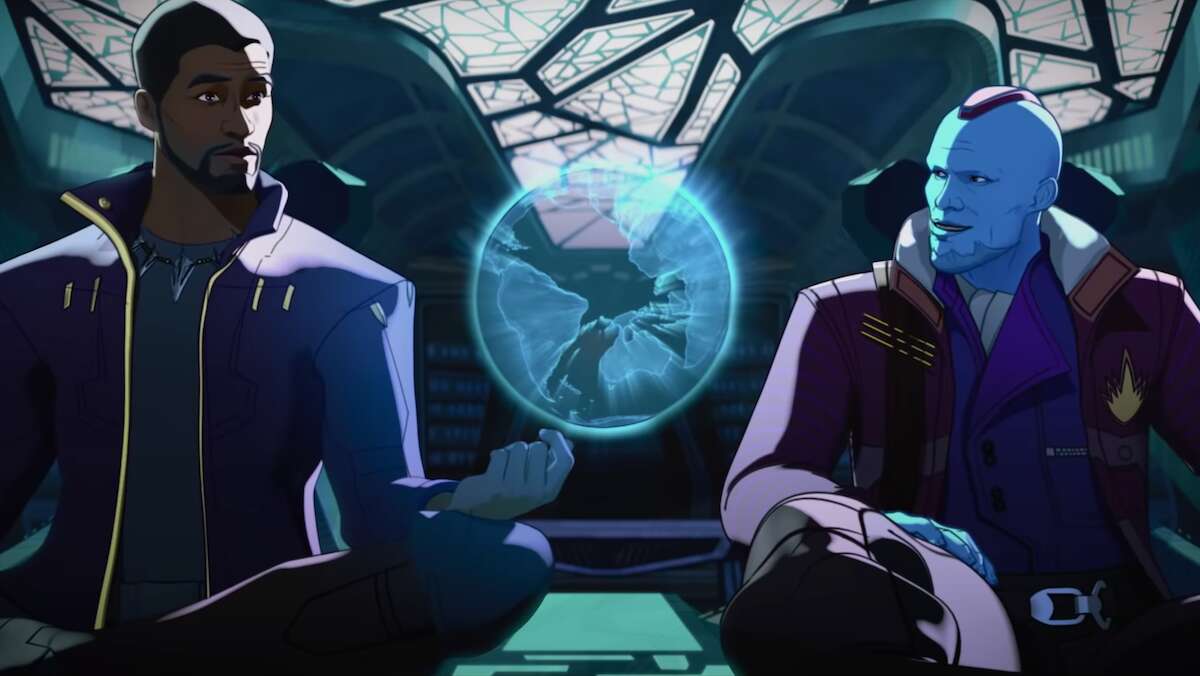 If we had to distill the MCU TV shows on Disney+ down to a single word, “experimental” would be the best fit. From WandaVision’s pop culture-packed surrealism to the action-thriller sensibilities of Falcon and the Winter Soldier to Loki’s genre bending time travel, Marvel Studios seems bent on tackling their many franchises from as many angles as possible. Now, with the release of What If…?, the first–and so far, only–animated show of the bunch, it’s time for the studio to really see how far they can go.

The premise of What If will be familiar to anyone who has ever picked up a comic book. The multiverse has officially been cracked open, thanks to the finale of Loki Season 1, and now there are an infinite number of branching realities across time and space in the MCU. To observe them all, we have a new character–Uatu the Watcher (Jeffery Wright)–who cannot intervene or affect any of these splintered realities, but instead can only do what his name implies and observe them. These branched realities can be created by the smallest change, like a character standing in a different place when they experience an event we’ve seen unfold in the main MCU, or by massive ones, like key characters being killed before they even get a chance to don their hero attire.

Each episode tackles a different reality and boasts a different cast of familiar faces, most of which are voiced by their respective live-action actors. In fact, so many of them are voiced by the A-list stars who play them in other MCU productions that it’s overwhelmingly odd to hear unfamiliar voices coming out of characters like Steve Rogers and Natasha Romanoff since, for whatever reason, neither Chris Evans nor Scarlett Johansson returned for the series. Their replacements do a perfectly serviceable impression, but it is definitely noticeable. It’s also obvious which of the live-action actors who signed on have voice acting chops, because not all of them do, making for some wildly inconsistent performances across episodes.

Inconsistency is really the name of the game in What If. Disney provided the first three episodes for review and, of the bunch, the second was far and away the strongest. The first deals with the highly publicized Captain Carter scenario, where Peggy Carter winds up taking the super soldier serum instead of Steve Rogers, but it’s a less than ideal kick off for the series. The story is bogged down by clunky vocal performances and a heavy reliance on following the exact beats of The First Avenger, except with plenty of frustratingly pointed “but you’re a girl!” type asides to really drive home the fact that gender is literally the only thing differentiating Peggy from Steve in this situation. Episode 3 takes a murder mystery approach to the foundation of The Avengers where the big twist reveal is interesting but almost too out of left field to really make an impact. It’s certainly better than the first, but doesn’t quite earn what should be its crowning moments.

Meanwhile, Episode 2, which features the final MCU performance of Chadwick Boseman as T’challa, is a showstopper. The premise–that T’challa becomes Star-Lord rather than Peter Quill–is interesting enough as it is, but the end result is a joyful, inspired remix of the entire cosmic corner of the MCU. It even provides some fun nods to the story in Disneyland’s Guardians of the Galaxy: Mission Breakout ride and a running stream of incredibly self aware gags we won’t spoil for you. This episode epitomizes the real potential of What If and leaves you hungry for more–so, with any luck, it will be the rule rather than the exception as the rest of the season is released.

The one part of What If that is totally consistent through each episode is the animation style. Somewhere between A Scanner Darkly-flavored rotoscoping and bold, graphic cartooning, What If’s overall aesthetic is interesting and kinetic, and is something totally new in the crowded pantheon of animated superhero shows. The fact that the stylization stays the same while each episode of the anthology series changes so dramatically was a smart move that helps the entire show feel like one cohesive entity–especially when the rest is so riddled with peaks and valleys.

All told, What If is a fun, if slightly flawed, experiment for the MCU that flaunts Phase 4’s willingness to take chances even if they don’t always pay off. It won’t generate the same sort of raucous speculation and theorizing as its live-action predecessors, but if it’s lucky, it will encourage fans to start actually pondering the titular question in their own ways, which can be a blast all on its own.