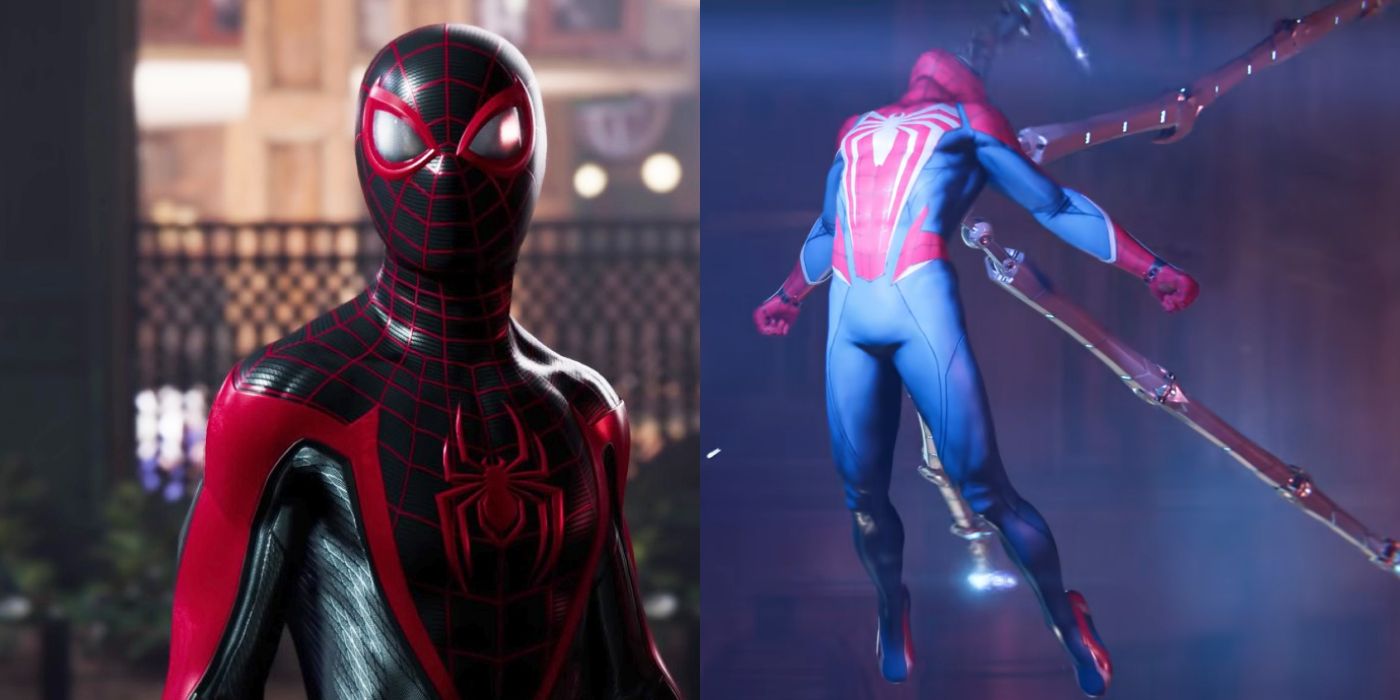 The debut trailer for Marvel’s Spider-Man 2 was only a short cinematic, but it did tease some new techniques and abilities for Peter and Miles.

In Insomniac Games’ reveal trailer for Marvel’s Spider-Man 2, Peter and Miles can be seen utilizing new – and somewhat brutal – techniques against what appear to be Kraven the Hunter’s thugs. While the trailer is only a short cinematic, Insomniac likely chose its scenes to hint at what’s to come, and quite a bit can be gleaned about Marvel’s Spider-Man 2 from the footage.

For starters, Peter and Miles are both playable characters. The game will likely allow players to swap between them at certain spots around the map, like Batman and Cat Woman in Batman: Arkham City – or, better yet, let players swap at any time. While it hasn’t been confirmed, Venom also appears to be a playable character, backed up by the fact that it’s Harry Osborn who is linked with Venom this time around.

Having two playable characters, and perhaps a third, could make what appears to be a tag-team takedown mechanic very interesting. In the trailer, Peter and Miles both sling a criminal off their feet, then slam them into the cement. Tag-team maneuvers with NPCs were previously featured in fellow superhero game Batman: Arkham Knight; while it wouldn’t be a new concept, it would be fun to see Peter and Miles working together more often, especially since each of them has new powers of their own.

The Iron Spider arms were a suit skill in Marvel’s Spider-Man, but they weren’t canon to the story and were quite basic in terms of combos. Here, it looks like Peter has utilized the tech he used to help create Doc Ock’s robot arms to make standalone Iron Spider arms. In the trailer, Peter can be seen using them to propel himself upward while keeping his hands and feet free to pull off other moves. The arms also seem to build up some sort of charge that can release a shockwave to blast enemies away. If Ratchet’s expanded weapon wheel in Insomniac’s Ratchet & Clank: Rift Apart is anything to go off of, Peter will also likely be obtaining some brand-new gadgets on top of his old ones.

In the Marvel’s Spider-Man 2 trailer, the bioelectricity of Miles’ Venom Powers changes color from yellow to blue. The change could imply some new form of electrical charge to increase the powers’ damage or to deliver an entirely different type of effect. Miles is also seen blocking two incoming attacks, sending electricity into his targets before knocking them away. This could be a new form of countering for Miles that lets him stun enemies for a moment, allowing him to have better crowd control. While this was the only new move shown, it’s very likely Miles will gain other new Venom Powers and possibly a few extra gadgets.

Marvel’s Spider-Man 2’s release is still two years out, so it could be a while before Insomniac releases any other information about its new skills or gadgets. For now, the trailer at least gives some small hints at what is coming next for Peter and Miles.

Next: PlayStation’s Spider-Man 2 Venom To Be Voiced By Tony Todd

Quinn is a new part-time freelance writer for Screen Rant with a focus on writing Game Features. Quinn has been a huge fan of video games ever since he picked up a PS1 controller, but when he isn’t writing and gaming, he’s out skiing/snowboarding, golfing, or playing Lacrosse.