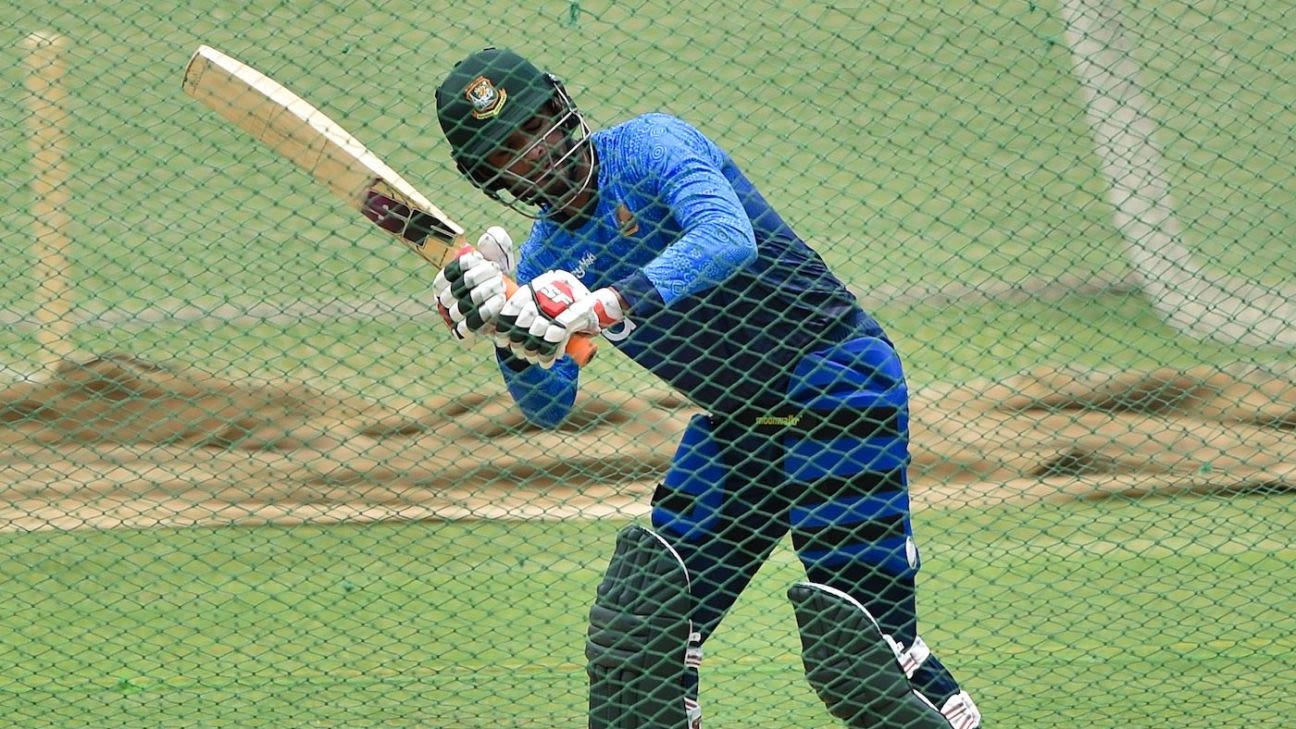 Mahmudullah on the positive side of biosecure bubbles: “You can spend more time with your team-mates, discuss plans and strategies”

No Tamim Iqbal, no Liton Das and no Mushfiqur Rahim. Bangladesh’s plans of putting it past a depleted Australia side in what is the first bilateral T20I series between the two teams have been impacted by the absence of three key batters, but they are particularly unhappy about Rahim missing out, because it’s been caused by Australia’s “stringent” demands when it comes to the biosecure bubble for the series. A day after Russell Domingo, the coach, expressed his displeasure on the matter, captain Mahmudullah, too, said he was “very disappointed” but his focus was on the series and what he and the other players could control.

“Mushfiq is definitely one of our most crucial players, and I am personally very disappointed at not having him in the side for this series,” Mahmudullah said at a press conference on the eve of the first of five T20Is. “But, look, being a player, it’s not in our hands. The aim is to play good cricket and do well in terms of the results.

“We are not worrying about it too much, because it’s not an issue we can do anything about. What has happened has happened. The only objective is to start and end the series well.”

What has happened is that Cricket Australia and the Bangladesh Cricket Board had agreed to include their respective biosecure bubbles in Zimbabwe and the West Indies – where they were on tour – as part of the mandatory pre-series ten-day quarantine in Dhaka. But Rahim had to leave Harare for home after both his parents contracted Covid-19. As a result, he can’t be in the Dhaka biosecure bubble now.

“The bubble is tiring at times. But there is a positive to it too – you can spend more time with your team-mates, you can discuss plans and strategies and your games with each other a lot more”

Some team insiders were especially irked because while Rahim wasn’t allowed to join the team, the players who have returned from Zimbabwe have had to do so after going through four airports – Harare, Johannesburg, Doha and Dhaka – with potentially greater exposure to the virus.

Speaking on Sunday, Domingo had said, “I can’t understand the stringent rules Australia have placed on Mushfiq’s bubble. Ten days [on re-entering the bubble after visiting family] surely would have been enough, so [it’s] very disappointing the way they went about it.”

Stressing that the absence of the three regulars would not make them bring down their expectations against a team they have never beaten in the format, Mahmudullah said the while living in biosecure bubbles was not ideal, there were some positives too.

“The bio-bubble system is such that you have to accept it, there is no question of stepping out of it if you want to play cricket,” he said. So yes, it is difficult, not just for me but for everyone, who have parents, partners, children… you miss them. But, having said that, we have to accept it and move forward till we don’t win the fight against Covid.

“The bubble is tiring at times. But there is a positive to it too – you can spend more time with your team-mates, you can discuss plans and strategies and your games with each other a lot more. We are together all the time, so we can bring up subjects with each other that can have a positive impact on our games, and that helps the team too.”