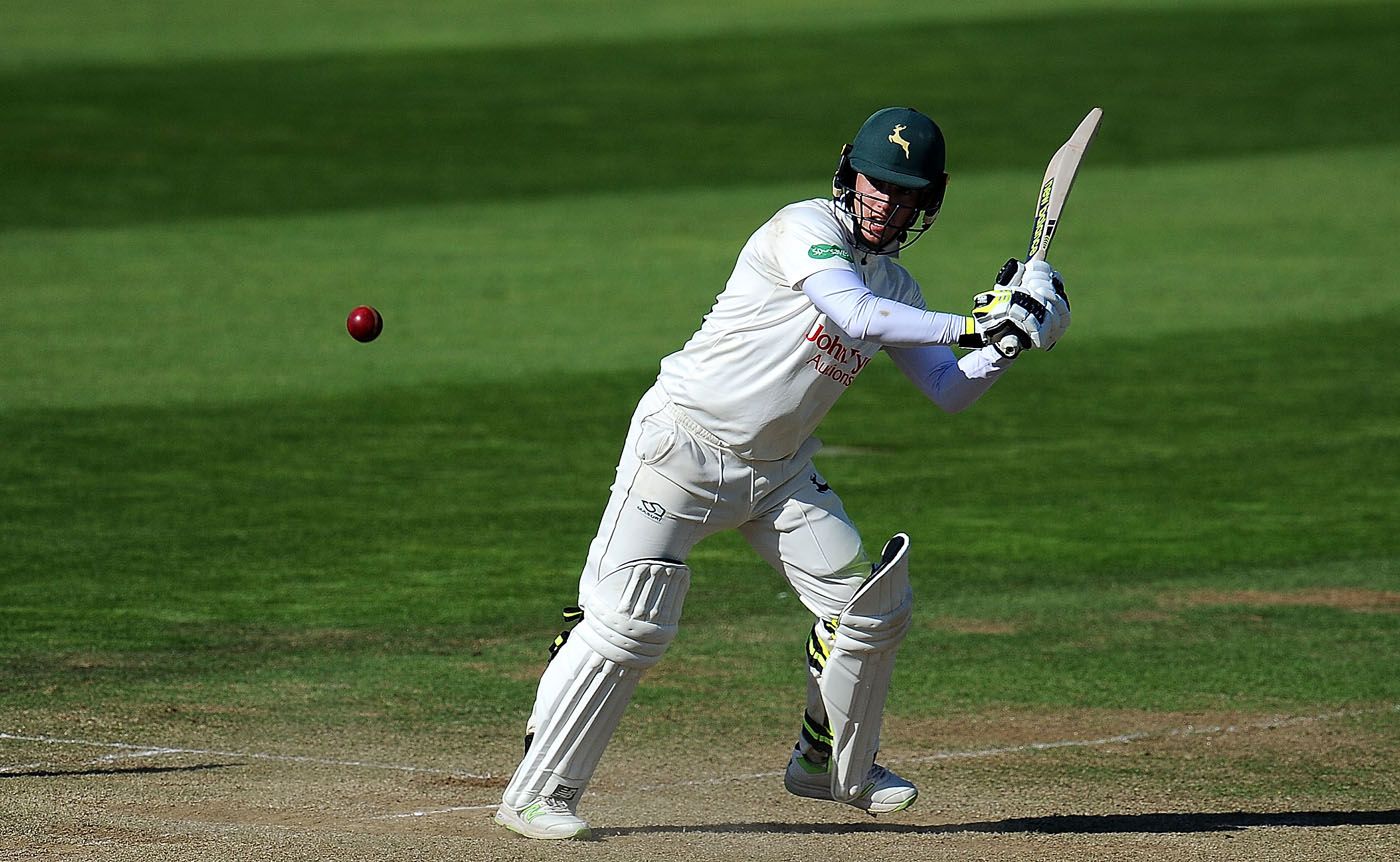 The morning’s warm haze was replaced by the evening’s sharply cut shadows on the third day of this match at Trent Bridge and in similar fashion the precise shape of the contest became clear. Rather than dismiss their opponents and thereby determine their side’s own victory target, Lancashire’s bowlers were roughed up by Lyndon James and Tom Moores in the first half of this day.

As a consequence, Steven Mullaney’s declaration challenged Dane Vilas’s batsmen to score 444 in a little over four sessions. It would be Lancashire’s second-highest fourth-innings total in their history after their gloriously doomed 464 at The Oval in 2007 and it would also be the ninth-highest fourth-innings score ever made to win a County Championship game. Supporters who believe they will manage it have been placed in the care of kind friends.

No doubt Vilas is in bullish mood. One can imagine Lancashire’s top order telling each other they will bat normally and see where they are an hour before tea on the fourth afternoon. The truth, one suspects, is that the visitors would accept a draw and the eight points that would keep them well in contention to win the title. It looks as though the slow left-armer, Liam Patterson-White, will have a lot of work to do tomorrow and that the second new ball will be significant on a pitch that is easing. But scoring 444 to win a game represents a summit of which few current players have any knowledge.

What’s more, Lancashire’s ascent of Nanga Parbat began atrociously when one of the team tripped over his ice axe and fell flat on his face at Base Camp. Luke Fletcher’s fifth ball of their second innings pitched just outside off stump and would have clattered into it. Alex Davies chose to play no shot to the delivery and was leg before wicket on the back foot. The opener trooped off having collected a pair and George Balderson replaced him, no doubt thinking he might as well have carried on opening the batting. Sodding this for a game of soldiers might also have crossed his youthful mind.
Balderson, however, has all the makings of a very fine all-rounder, a “proper cricketer” the coaches call his kind. During a rather surprisingly wicketless final session he and Luke Wells batted with few alarms against an attack that rarely lost its focus. Wells, whose effect on the Emirates Old Trafford dressing-room has been much greater than his two fifties might suggest, duly reached his third when he eased Dane Paterson through midwicket and collected his tenth four.

Then the cries of Mullaney’s fielders as they crowded Balderson in the closing overs of the day were more an attempt to unsettle the batsman than a genuine reflection of threat. But the 20-year-old has already seen most of that before and he batted with gentle composure. All the same, while a close of play score reading 115 for 1 represents a fine platform, it is open to grave doubt whether it is a platform for victory.

Visiting supporters, of course, will simply be grateful that their cricket ended rather better than it began. The first hour of play was remarkable in that 16 overs were bowled but it was notable in that James and Moores scored 47 runs, as the Nottinghamshire pair made it clear they intended to carry the attack to Tom Bailey and Danny Lamb. This was in clear relief to the tempo of the cricket on Monday evening and it shifted the balance of the match. The expectation of Lancashire’s bowlers gave way to mere hope and their batsmen watched in lonely trepidation as the home side’s lead grew.

At lunch Nottinghamshire’s advantage was 334, a number with 91-year-old Bradmanesque echoes. James had reached his fifty off 149 balls and Moores off 62 balls fewer, a reflection of the younger man’s self-denial on Monday evening, when batting was tougher and Lancashire probably thought they would be chasing a far more manageable target.

Nottinghamshire batted on deep into an afternoon session in which they hoped to take energy out of Lancastrian legs and steel out of Lancastrian minds. Forty minutes after lunch, though, Moores swung Wells straight to Steven Croft at deep midwicket and thus fell three short of his third first-class century. Instead of reaching the landmark with three nousy pushes into the many gaps he had chosen to get there in the grand manner only to depart in the not-so-grand fashion.

At first James approached his own landmark differently. A first century is one of professional cricket’s arrival lounges; people notice it even though there have already been plenty of reasons to pay attention to James’s cricket. However, after getting a little tied down by Wells and Steven Croft’s spinners he tried to lift the leg spinner down the ground only to sky a catch to Josh Bohannon at mid-off and troop off with a career-best 91. Bailey then bowled off spinners and dismissed Brett Hutton – it really was that type of session – before Mullaney declared with a lead of 443. It looked more than enough. Surely it still is?

Paul Edwards is a freelance cricket writer. He has written for the Times, ESPNcricinfo, Wisden, Southport Visit and other publications