Lying to police suspects is banned in several countries. Why is it still legal in the U.S.? 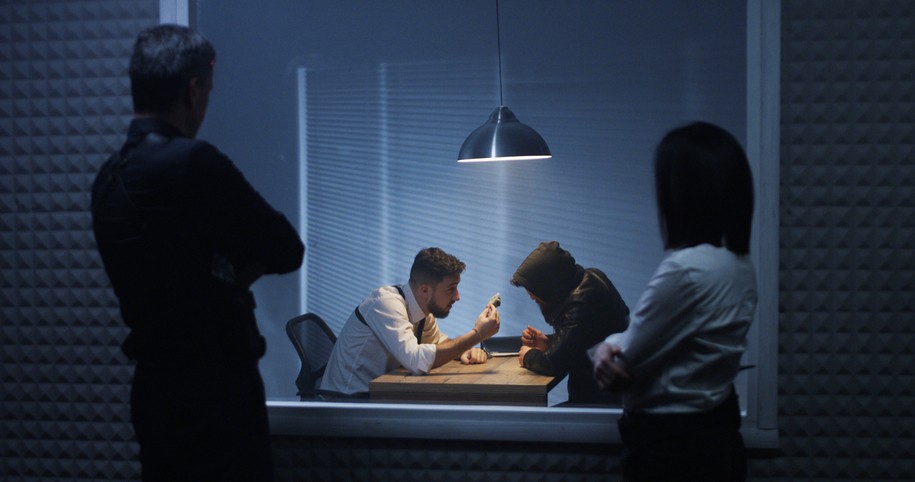 Although the push to ban lying to adults during interrogations isn’t as strong in the United States for minors, states that are open to considering the move could model their format after other countries. In England, for instance, it was outlawed in 1984. Other countries like Australia and New Zealand later adopted similar laws.

“Lots of other countries have long banned deceptive interrogation practices,” Sklansky said. “Germany has banned it for decades, so there’s lots of precedent around the world.”

The conversation about lying by police has been limited to minors because the tactic—known as the Reid technique—has been the bedrock of American policing for generations.

“The thinking of the United States has been that the police can often uncover the truth best by deceiving people, and this is reflected not only in the ways in which police officers actually interrogate suspects but also in popular culture,” Sklansky said, noting that deception has long been depicted in classic detective shows like Columbo. “The thinking has been that the police aren’t going to trick an innocent person into confessing; they’re only going to trick a guilty person.”

In reality, deception and misleading statements during police interrogations can lead even innocent people to incriminate themselves unwittingly, explained Cynthia Najdowski, an associate professor of psychology at SUNY Albany who studies the psychological causes of miscarriages of justice.

“In some cases, police officers can lie by saying they have video evidence showing you at the scene of the crime or that they have your fingerprints from the scene of the crime,” Najdowski said. Upon hearing that there is incriminating evidence against them, often after hours of questioning by police, those questioned “feel like there’s no other way for them to get out of that situation than to just tell the detective what the detective wants to hear.”

Many innocent people who confess to crimes they didn’t commit often feel that things can be worked out later because they know they are innocent of wrongdoing.

“Innocence actually is a risk factor for false confessions because innocent people are less likely to assert their Miranda rights and assert their right to get an attorney,” Najdowski said. “They’re more likely to go into that interrogation or interview and say something that the police may then use as evidence against them.”

In her research, Najdowski also found that juries believe that innocent people wouldn’t confess to something they did not actually do.

“Jurors will sometimes recognize that the conditions are coercive, so they may acknowledge that and say, ‘Oh yeah, the detective lied, the interrogation was long,’” Najdowski said. “Maybe [they’ll even say] ‘I think the police went overboard, but the confession is still true.’”

Kate Levine, a professor of law at Cardozo Law School, notes among the evidence that police know that being lied to is wrong is because they have protections guarding themselves against it.

“Most police [departments] have a Bill of Rights, and when they’re being questioned, generally one of the things in their Bill of Rights is they can’t be lied to,” she said. “That also shows you that it’s a tactic that the police know is problematic.”

Examining the United Kingdom and other jurisdictions that have banned lying by police shows that effective investigations are possible, Sklansky said.

“I don’t think that there’s evidence that that ban has interfered with effective interrogation in the United Kingdom, or New Zealand or Australia,” he said. “There’s a fair bit of evidence in those countries that it has cut down on the incidence of false confession by people who are innocent.”

Were states to adopt widespread bans of lying by police, law enforcement nationwide would need to adopt a new approach to interrogation.

“It would require retraining, which other countries have done,” Sklansky said. “When England banned deceptive interrogation practices in 1984, it did that as part of a wholesale reform of how police questioning were carried out. Officers were retrained in a new method of interrogation.”

But while the current interrogation methods are still legal, Levine says there are relatively simple things the average American can do to protect their rights.

“No one should ever not invoke the right to counsel immediately, but four-fifths of people waive their Miranda rights,” she said, noting that many Americans may be surprised by the fact that police are permitted to lie to suspects. “It’s very rare that legislators feel pressure from people who are voting for them to extend more rights to people who’ve been arrested or charged with crimes. Awareness is a major first step.”

Lakshmi Gandhi is a reporter, editor, and social media manager based in New York City. She is currently a freelance journalist who specializes in literature, identity, and pop culture. Her articles have appeared in NBCNews.com, HISTORY, Tricycle: The Buddhist Review, The Juggernaut, Metro New York, and other publications. She often reports on the intersections of gender, identity, and pop culture and is exceptionally good at giving book recommendations.