‘Lucifer’ Season 6 Ending Explained: Do the Devil and His Detective Get Their Happy Ending? 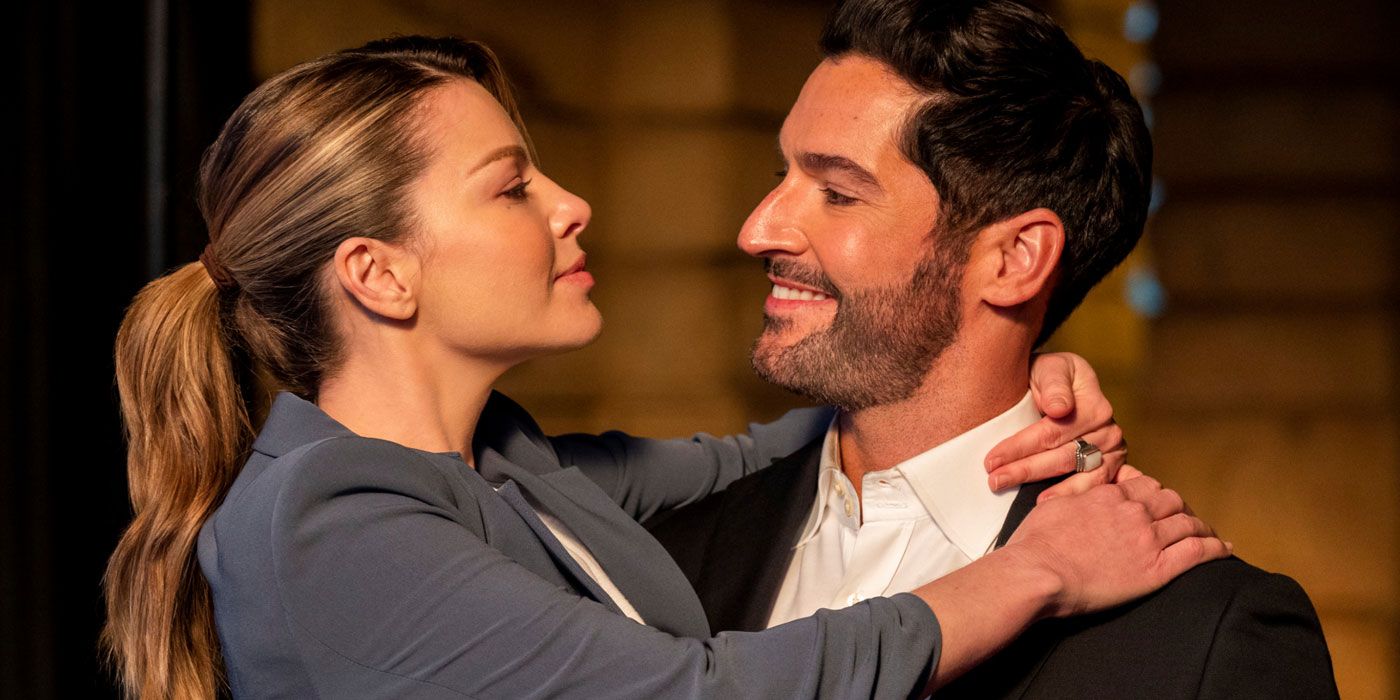 [Editor’s note: The following contains spoilers through the series finale of Lucifer, “Partners ‘Til the End.”]

It’s been a long road to get to this point, but Lucifer fans have now been treated to the final happy ending for Lucifer (Tom Ellis) and his beloved detective Chloe (Lauren German). Season 6 of the Netflix procedural/comedy/drama served almost as an extended goodbye to the series, coming as a bit of a surprise after Netflix reversed its initial plan to end the show with Season 5, and showrunners Joe Henderson and Ildy Modrovich were able to team up with the writers and create a whole new season’s worth of story that ended up in the place they originally planned.

While things seem pretty well teed up for a happy ending right off the bat, Season 6 of Lucifer features Lucifer’s intention to ascend to the throne of God being complicated by the arrival of Rory (Brianna Hildebrand), revealed to be Lucifer and Chloe’s daughter from the future. Rory is furious at Lucifer for abandoning her before she was born (in her past/their future), and so their journey towards reconciliation dominates most of the season, with the mystery of why Lucifer left her and Chloe behind not becoming clear until the final episode, “Partners ‘Til the End.”

The key to answering that mystery is Lucifer’s own personal development, who’s grappling with both his newfound reluctance to become God and the reality that he may have done to his daughter exactly what he resented his own father for doing in the past. It all culminates in Lucifer realizing that he doesn’t actually want to be God, and his brother Amenadiel (D.B. Woodside) ascends instead. Lucifer ends up taking the lessons he’s learned after years on Dr. Linda’s (Rachael Harris) couch and becoming a therapist to the damned, potentially helping some condemned souls make it to Heaven eventually.

In an extended interview with Collider, Henderson explained that the idea for Lucifer becoming a therapist arose back when they were planning the original ending for Season 5:

It was one of those things where we just started to realize, okay, well, what is, what is the culmination of this character? And it’s that Hell is a reflection of Lucifer. When he was down there, he tortured himself and people tortured themselves. Lucifer now believes in redemption and so he is now getting Hell to reflect this. And there’s just something very beautiful about that thought.

To Modrovich, having Lucifer make this choice felt like the right one because of everything he’s experienced over the years:

When we thought we were going to end in Season 5, we knew that it was not ever his destiny — it never felt right for him to be God. And what felt right is for him to give back what he learned. What his unique perspective was. He knows what it’s like to be the fallen one. He knows what it’s like to self-hate and to not feel like he’s worthy, and that was his super power. If he could help others out… Not like all Hell is worthy of redemption. There are some people in there that are… let’s just be… You know. But there are the Dans of the world there, who put themselves there because of self-imposed guilt that maybe they don’t deserve. So it just always felt right that he take that role on.

It was a resolution for the character that Ellis told Collider’s Christina Radish that he also thought was the right choice:

I felt like the neat and tidy version of Lucifer would be to go from being the devil to being God. But actually, I’m all about the journey. The point of Lucifer using his experience on Earth and what he’d learned from all of these different things, rather than just going to a place like Heaven, he actually goes to a place that really needs it. Realizing that souls can still be saved, after they’d been damned was a huge turning point, utilizing what he’d learned to essentially go and do what his calling was and run Hell his way. I loved that notion. I also felt like Amenadiel being God just felt so appropriate. Especially since he also had worked with mankind, he also knows what it’s like to be a father. I just feel like his innate wisdom and his innate presence as an angel suggested that he would be a much stronger God than Lucifer would be.

But Lucifer’s choice to do this work in Hell does mean that — as Rory promised — he had to abandon her and Chloe, with his failure to appear at Chloe’s deathbed being the event that caused Rory to travel back in time in the first place. According to Henderson, this sad choice reflected the strength of Chloe and Lucifer’s partnership, something which had been a part of their plans for the original Season 5 series finale:

It was the idea that Chloe has a calling on Earth, Lucifer has a calling in Hell, and understanding that they had to be separate for a bit until they could be together again. But again, with this point of Season 6, we’re able to really dig into the why. Why does Chloe need to be here? What is the cause that she needs to fight for? And really just sell the idea that these are two people who are always partners, but sometimes part of partnership is respecting that someone else has something important to do, and that you have to support them in that, even if it’s hard, because maybe it’s needed.

In the end, everyone gets their happy ending, with Rory returns to her present time just in time to say goodbye to Chloe, who passes away on Earth and is reunited with Lucifer in the place beyond — partners until the end indeed.

Lucifer is streaming now on Netflix.

No Doubt About It; I’m Ready for a ‘Matrix’ Sequel to Hurt Me Again

Enough time has passed since the disappointment of ‘Revolutions’ that I’m willing to jack back in.

Liz Shannon Miller is a Los Angeles-based writer and editor, and has been talking about television on the Internet since the very beginnings of the Internet. She is currently Senior TV Editor at Collider, and her work has also been published by Vulture, Variety, The AV Club, The Hollywood Reporter, IGN, The Verge, and Thought Catalog. She is also a produced playwright, a host of podcasts, and a repository of “X-Files” trivia. Follow her on Twitter at @lizlet.