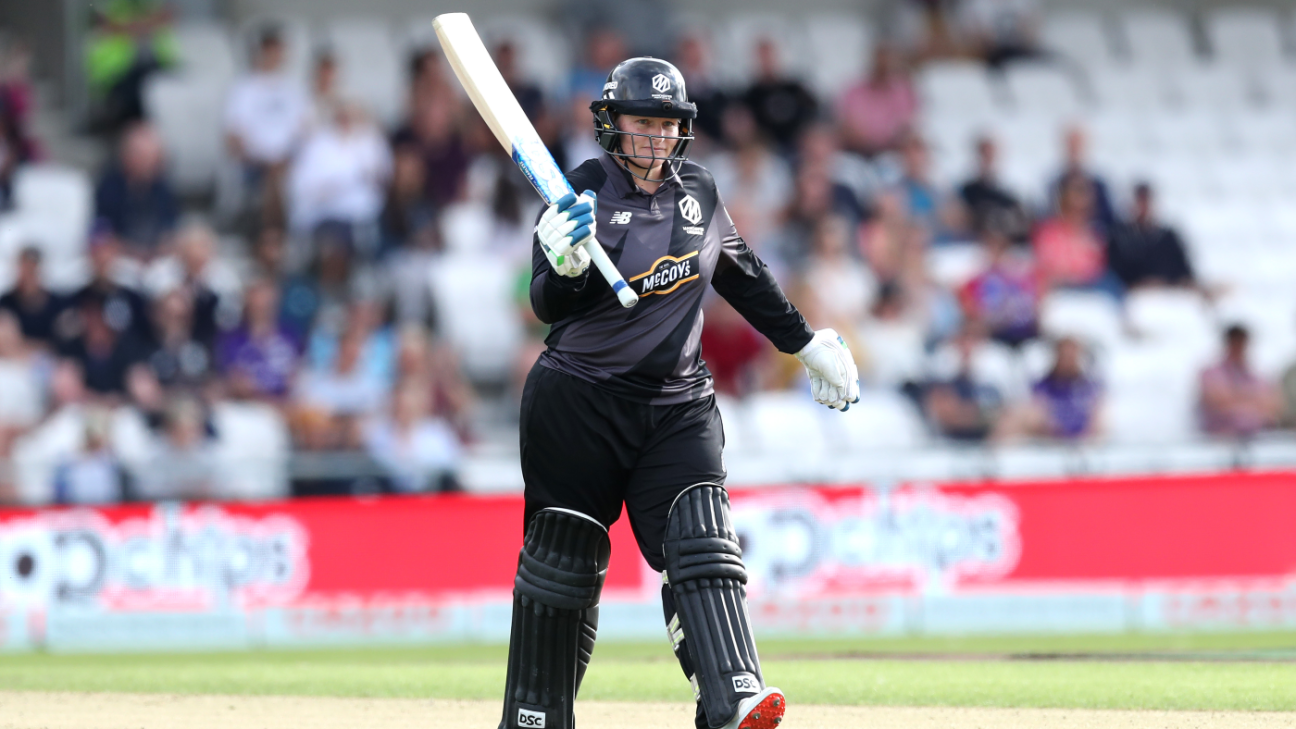 Lizelle Lee fired Manchester Originals to an eight-wicket win at Headingley to dent Northern Superchargers’ hopes of reaching the women’s Hundred knockout stages.
The Originals opener hit a rapid 68 to help the visitors ease to their target of 127 with 14 balls to spare, after captain Kate Cross starred by taking three wickets.
Lee’s innings meant a superb unbeaten 75 from compatriot Laura Wolvaardt – who singlehandedly helped Superchargers post a competitive total – was in vain.

Superchargers are second in the table with one match to play, level on points with Trent Rockets and Oval Invincibles who both now have a game in hand.

Lee led the way as Originals set a blistering pace in the Powerplay, smashing 11 boundaries to reach 50 without loss after 25 balls, the highest Powerplay score of the women’s Hundred to date.

Emma Lamb fell shortly after for 10, well caught by Wolvaardt off Linsey Smith, but Lee continued in imperious fashion. She reached 52 from 27 balls, before smashing the first six of the match, and alongside compatriot Mignon du Preez reduced the target to 40 from 50 balls.

Superchargers made the key breakthrough with 29 balls remaining as Lee was caught on the boundary by Wolvaardt off Kalea Moore, falling for 68 from 40 balls featuring 13 fours and one six – with Originals needing 25 from 29 deliveries.

But du Preez took up the baton, hitting ball 77 for six to ease any nerves as she finished on 24 to see the Originals home.

Having won the toss, Originals captain Cross led the charge with the ball – taking three wickets as Superchargers posted the lowest Powerplay score of the women’s Hundred of 16 for 4.

Cross had Lauren Winfield-Hill caught behind off the third ball before Hannah Jones grabbed the key wicket of the tournament’s top-scorer Jemimah Rodrigues, brilliantly stumped by Elllie Threlkeld for seven.

The Originals skipper returned to bowl a 10-ball set, dismissing Alice Davidson-Richards and Bess Heath without conceding a single run to leave Superchargers four down.

Three successive boundaries arrested the slump as Wolvaardt and Sterre Kalis set about rebuilding patiently, nudging the hosts’ total past 50 from 55 balls.

Kalis was run out for 19, ending a useful 38-run stand, but Superchargers finished strongly by taking 72 runs off the remaining 31 balls. Wolvaardt played the starring role, passing 50 from 44 balls before smashing 20 off the final five to finish with 75 from 51.

Superchargers were without three players, after one squad member’s positive test forced two other players into self-isolation. Originals, meanwhile, were again missing the injured Harmanpreet Kaur, who is due to return to India to spend time with her family ahead of the national team’s series against Australia.