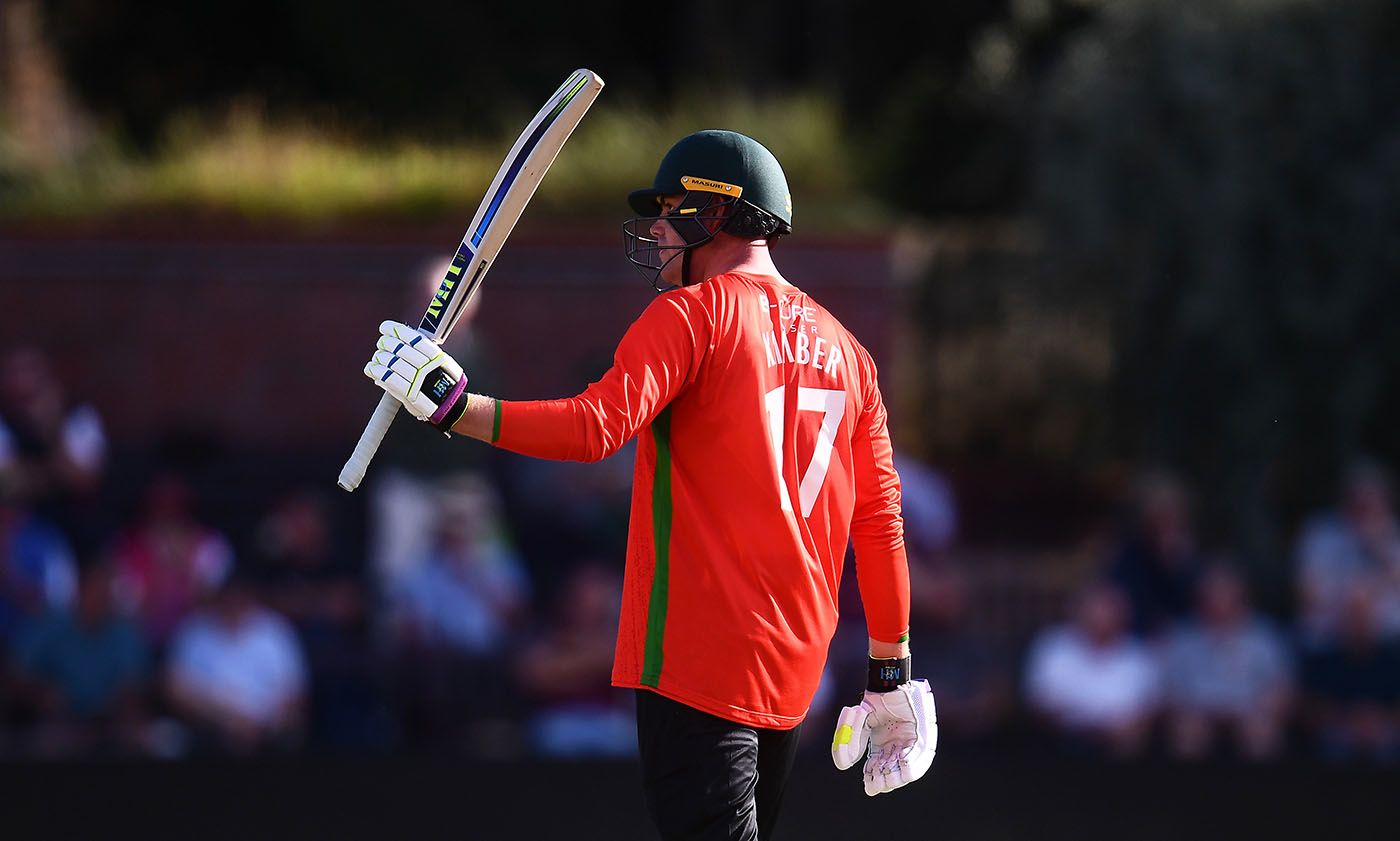 The Foxes needed to win and hope for two of Surrey, Somerset and Yorkshire to lose but in spite of holding up their end of the bargain they fell a point shy in Group 1.

Kimber struck 63, his second List A fifty, with Rishi Patel, Arron Lilley and Rehan Ahmed helping the Foxes to 271.

Rain meant the Steelbacks needed 266 from 48 over, but Rob Keogh‘s 52 wasn’t enough as they fell agonisingly short – with Will Davis, Gavin Griffiths and Ben Mike all taking two wickets apiece.

The Foxes won the toss and hared out the gate as Patel aggressively blasted 41 off 33 balls, including a pick up six over midwicket.

He and opening partner Harry Swindles were both bounced out by Ben Sanderson – the former plinking to extra cover to hand the fast bowler his 50th List A wicket and the latter wonderfully caught by a diving Saif Zaib at deep square leg.

Like Patel, Lilley showed that an attacking spirit was the best way to make runs – the all-rounder striking 46 off 37 deliveries for his third consecutive highest format score.

Partnerships were extinguished just as they started to flourish – eight of the stands producing between 20 and 50 runs – with Lewis Hill losing the top of his off-stump to Sanderson, Lilley stumped and George Rhodes leg before to Simon Kerrigan.

Mike tamely chipped to midwicket and Ed Barnes was plumb in front to Zaib but Kimber provided the paste with a 53-ball half-century. He was squared up and bowled by a crafty Kerrigan delivery, while 16-year-old Ahmed marshalled the tail with a promising unbeaten 40 before Zaib bowled both Griffiths and Davis – the spinner ending with personal best figures of 3 for 37.

The Steelbacks raced to 45 in 7.5 overs before rain helped slow up a wicket which was already friendly to the spin bowlers.

Emilio Gay collected 42 of the first 53 runs, including eight boundaries, before he was lbw to George Rhodes and Ricardo Vasconcelos followed soon after when he slashed to point.

A third wicket in 10 balls, Ben Curran chopping on, came as the hosts stalled – with a nine overs gap between boundaries highlighting the Foxes’ containment.

Luke Procter and Keogh were pragmatic, if rarely pretty, in their 89-run stand. The latter reached his half-century off 56 balls before swatting to midwicket but the former fell short when he hammered straight to point for 48 – both falling to Mike.

Zaib tried to take control with 42 from 41, which included a towering maximum over square, but swung a full toss straight to deep midwicket with 37 still needed from 25 balls.

James Sales had put on 63 with Zaib and picked out exactly the same fielder, as did Kerrigan.

It meant 25 were needed from the last 11 balls, but despite Sanderson’s big-hitting, Jack White was run out to drag the Foxes over the line.