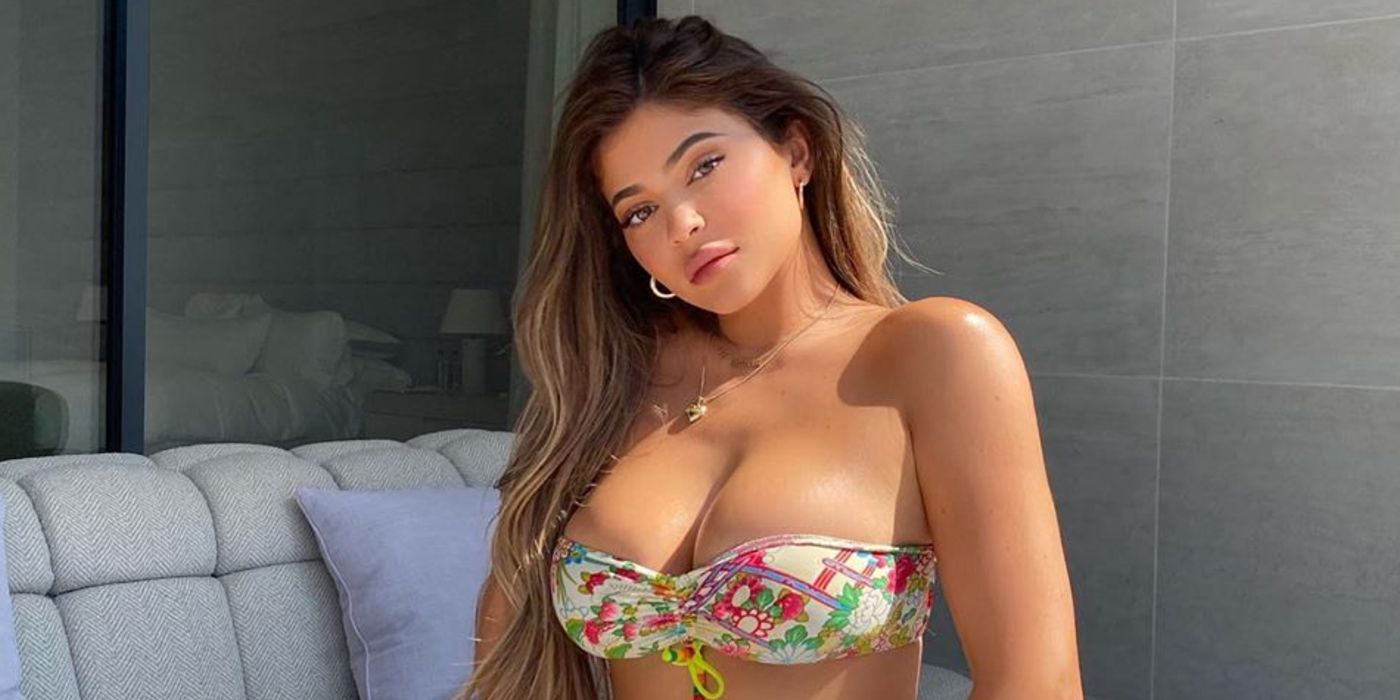 Kylie Jenner recently showed Keeping Up With The Kardashians fans pieces from her baby swimwear line under her new Kylie Swim imprint.

Kylie Jenner recently gave Keeping Up With The Kardashians fans a sneak peek of the baby swimwear pieces that will be included in her new Kylie Swim release. The reveal comes as the beauty mogul carries her second child with rapper Travis Scott. With the baby announcement coming by way of recent source reports, Kylie fans are anxiously awaiting when she will unveil her baby bump. After hiding her entire first pregnancy, onlookers are hoping to see the reality star share more from her second child-bearing experience.

Amid her second pregnancy, Kylie is gearing up to release a new imprint under the Kylie umbrella in the form of swimsuits. In recent weeks, Kylie has teased the retro, high waist beach looks that are set to hit the market soon. The collection is said to include a curated assortment of bathing suits, towels, beach coverups, shoes, bags, and sunglasses. Despite Kylie Swim being teased near the end of summer, Kylie’s new brand already has nearly 730,000 followers on Instagram with only 10 posts on the page. Ahead of the swimwear line’s official release, the pregnant superstar has started to tease baby swimwear pieces that will be included in the new collection.

Kylie kicked off the week teasing the new baby swimwear pieces that will be included in her new Kylie Swim debut.  The cosmetics mogul shared a video on her Instagram Story unveiling kids-sized bikinis in the same colors included in her adult pieces, Page Six reports. “Baby swim!!!,” Kylie captioned the clip of two bikinis, one with one shoulder, and another pink and orange one-piece. The new brand’s current Instagram page has started to unveil the line through a series of modeling pics and close-up shots. The diversity of the models show Kylie’s intention of reaching women of all sizes and backgrounds with her swimwear launch.

The page shows a few sultry shots of Kylie sporting her swimwear pieces. After years of promoting other swimwear lines, Kylie is ready to expand her empire with her own beachwear pieces. The success of the new launch could easily take Kylie from millionaire to billionaire in no time. It’ll be an accomplishment for the 22-year-old after previously having her “youngest self-made billionaire” title snatched by Forbes. Her latest tease of the new baby swimwear pieces comes on the heels of her pregnancy announcement.

The Keeping Up With The Kardashians star hasn’t debuted her baby bump or made a personal announcement regarding her pregnancy. It’s been said that Kylie’s replanning how she will unveil her pregnancy after a source reportedly ruined her plans of debuting her baby bump at the upcoming Met Gala. Considering the upcoming launch of Kylie Swim and her Kylie Baby line, Kylie could be considering a baby bump reveal through the expansion of her growing empire.