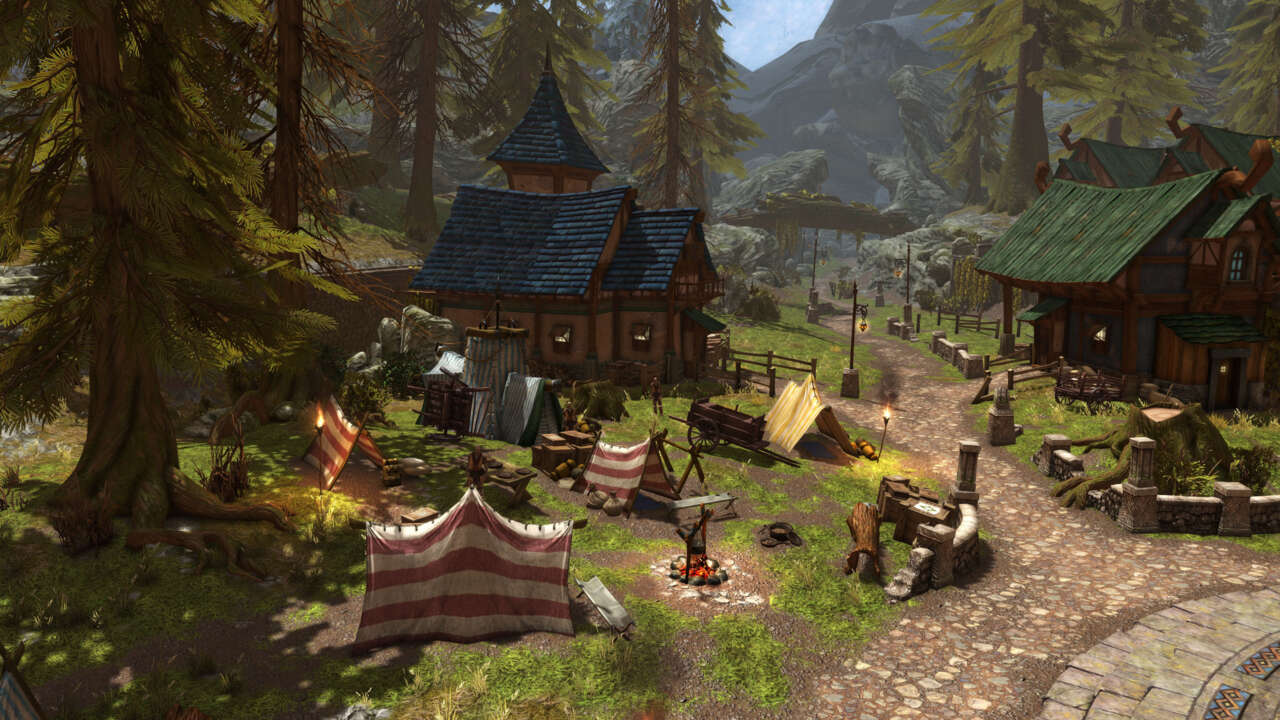 The latest expansion is called Fatesworn, and it’s now in the “final stages” of production, the game’s Twitter account announced recently. Acknowledging that it’s been a “long time coming” for any updates on Fatesworn, the developer revealed a new look at the Gale Crossing location in the Fatesworn expansion. This looks like an idyllic little town in the forest.

“Centuries ago, Gale Crossing was an integral stop on the bustling trade route known as the Sativa Road, a treacherous passage over the mountains that brought wealth and industry to a region once considered unlivable,” reads a line from its description. “But all good things must come to an end. After series of catastrophic foreign wars, the price of Sativa Fiber dropped dramatically, devastating the Sativa industry and gutting the region’s importance as a source of this once-valuable reagent. Despite these tragedies, Gale Crossing remains a crucial junction for travelers hoping to pass safely through the Eldrith Mountains.”

“After the fall of the Sativa Road, residents of Gale Crossing continued to rely on outsiders for their survival. Courageous travelers and merchants still hoped to pass through the mountains as a more direct alternative to shipping by sea, but the vast infrastructure for such treks began to disintegrate quickly without attention and maintenance. High Sativa prices had driven the boom times, funding improvements along the trade route, supplying Gale Crossing and smaller camps with the equipment to support travelers and their teams. Without this money, the mountain passes soon returned to their natural state, deadly and impassable.”

THQ Nordic now owns the Kingdoms of Amalur series and is publishing it going forward. A release date for Fatesworn has not been announced yet.

Kingdoms of Amalur is a fantasy RPG that came from the minds of author R.A. Salvatore, Spawn creator Todd McFarlane, and Ken Rolston of Elder Scrolls fame.

GameSpot’s original Kingdoms of Amalur review from 2012 concluded it had top-notch combat but was held back by generic characters and world-building. The game came to Nintendo Switch back in March 2021. A new Re-Reckoning Edition of the game is also available, featuring all DLC and upgraded and enhanced visuals.