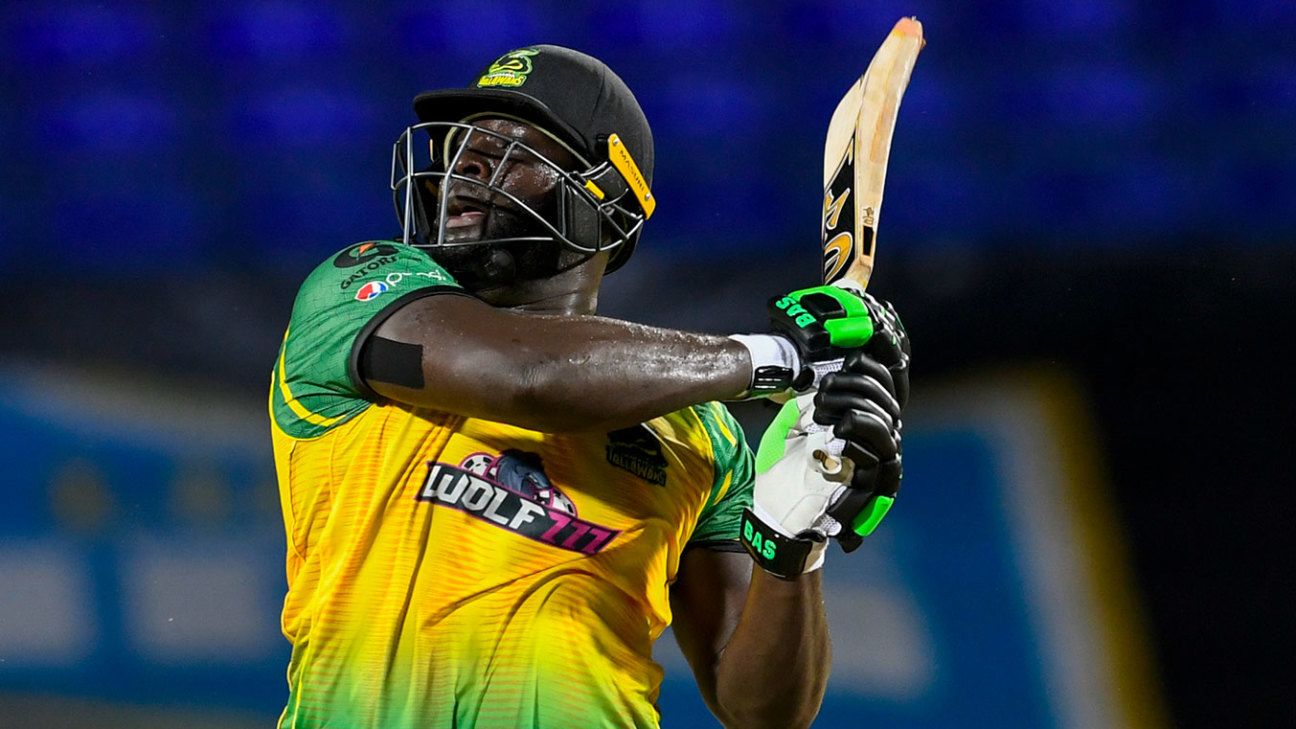 A powerful display from Teacher Lewis, with a career-best 89, also the highest score of the CPL season to date, carried Jamaica Tallawahs to a strong victory over Barbados Royals with the decisive partnership coming alongside Shamarh Brooks after both teams’ top orders had lost early wickets.
Royals slumped to 30 for 4 inside the powerplay before recovering through a 71-run stand between Glenn Phillips and top-scorer Azam Khan | before some handy late blows from Joshua Bishop.

Bishop, in his first match of the season, then starred with his left-arm spin as he removed Chadwick Walton, Haider Ali and Rovman Powell in his four overs that included a maiden and 13 dots in total. The third of those wickets, Powell, came courtesy of a superb catch at long-off by the out-stretched arm of Jason Holder.

From 50 for 3, however, Tallawahs rebuilt then took charge through Lewis and Brooks. Lewis had been fortunate in the second over when his helmet fell off when he was struck on the chest by a Holder short delivery and almost dropped onto the stumps. However, by the end of the powerplay, he had 30 of the 38 runs on the board.

After 10 overs, the asking rate had climbed above nine-an-over but Brooks started to find the boundary while Lewis went to a 35-ball fifty before being given a life next delivery when Mohammad Amir spilled a sprawling chance running back from short third man.

Royal’s problems were compounded when Amir limped out of the attack with what appeared to be a groin injury two balls into his third over – his replacement, Kyle Mayers, had his first two deliveries dispatched for six by Lewis. Late in the match, Bishop also became a casualty when he took a blow on the head attempting a stop in the outfield. Again, legspinner Hayden Walsh was only entrusted with one over.

Royals had been set back early when Fidel Edwards struck twice in two balls to remove Shai Hope and Mayers. Johnson Charles became the first of four wickets for Migael Pretorius. Holder edged a terrific delivery from Andre Russell for a second-ball duck.

Azam was given a life on 34 when Lewis spilled a simple chance at long-on, and when he and Phillips took 18 off the next over from Pretorius, the Tallawahs needed to regroup. They did so with Pretorius claiming Phillips with the last ball of the over. Three balls into the next over, Powell held a magnificent catch, a skied top edge off his own bowling, to end Azam’s innings which meant both set batters had gone.

Pretorius claimed two wickets in his final over and should have had a five-wicket haul but Veerasammy Permaul dropped Bishop at backward point.