‘It’s hard to get a role like Sarpatta Parambarai’ 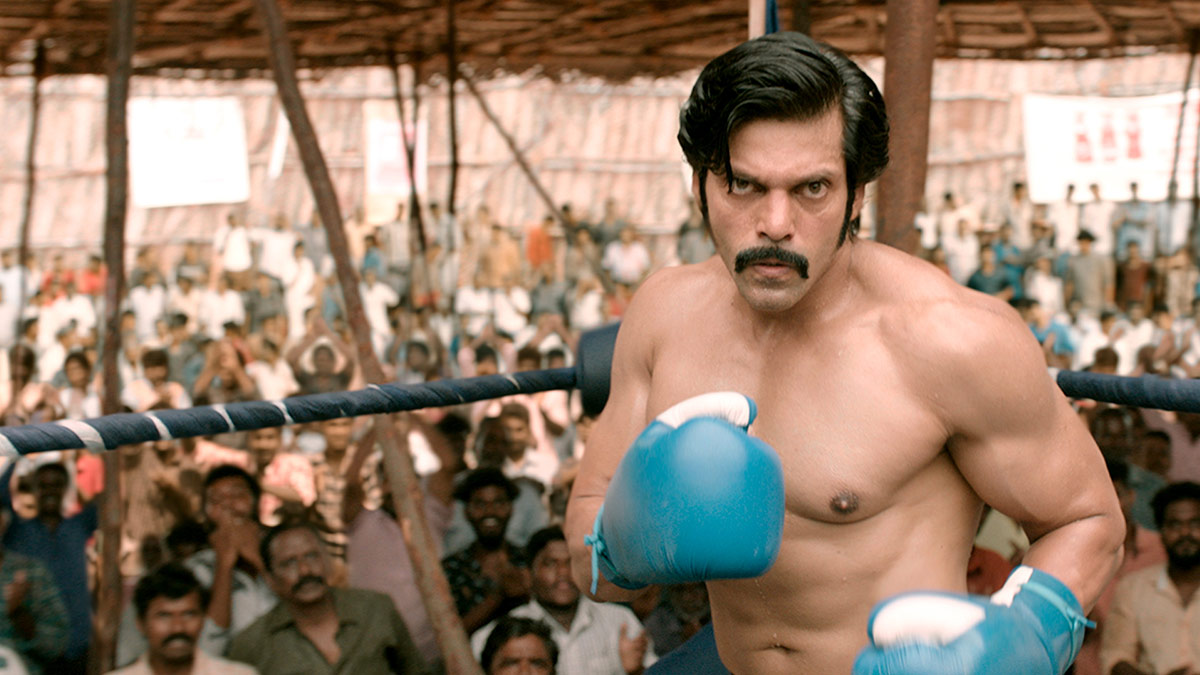 ‘Unless you are a superstar, you will never have the kind of reach in theatres that the OTT platform provides.’

It was a dream come true for Arya to do a sports film like Sarpatta Parambarai, and he’s very proud of it.

He especially happy that the film has gone beyond language boundaries and appealed to North Indians as well.

He tells Subhash K Jha, “OTT has made cinema in the South accessible to North Indian viewers.”

What a dedicated performance you have given in Sarpatta Parambarai! Would you say this is your most important film to date?

Oh definitely! The amount of time, labour and concentration I’ve given to this film, this is by far the most challenging role of my career.

Sarpatta Parambarai is a very formulistic film and yet, a tremendous amount of preparation seems to have gone into it.

We had a 45-day workshop before we started shooting the film.

They came to the workshops to share their experiences during that era.

That must have been an amazing experience.

One of the boxers from that era played my trainer on the beach at the climax of the film. So far, North Chennai’s boxing culture was shown in a very bad light in our films.

These men were often shown to be rowdies and criminals whereas in real life, they treated boxing a as a religion.

These boxers in North Chennai were from the fishing community.

Did you actually shoot the film on location at this fishing village of boxers?

It’s a part of Chennai. I grew up there myself.

I believed in what we were making.

In fact, Ranjith Sir and I are among the co-producers of Sarpatta Parambarai.

The period details are never overdone?

Ranjith sir and I were very clear that the period aspect should not overpower the plot.

The period details should be organic, not emerge from the foreground material.

The actress who plays you wife Dushara Vijayan is quite a firecracker.

Yes, she just killed it. Can you believe this is her first film?

You’ve been in several hits in the past. Where do you place Sarpatta Parambarai?

It’s a game changer for my career.

I never expected it would go this far. It’s all thanks to Amazon Prime Video.

OTT has made cinema in the South accessible to North Indian viewers.

I think this is the biggest success of my career.

Because of this film, I’m talking to you.

I’ve done so many films in the past, but this is the first time you reached out to me.

Do you think the OTT platform gave Sarpatta Parambarai a wider platform?

It did, especially during these times (of COVID).

I don’t think audiences would have seen it in the theatres in these numbers.

Unless you are a superstar, you will never have the kind of reach in theatres that the OTT platform provides.

Another sports film Toofan released on Amazon the same day as Sarpatta Parambarai. Did you watch it? What did you think of it?

Yes. I think even Farhan Akhtar has worked really hard to get the body language and boxing moves right.

I love all boxing films like Raging Bulland Cinderella Man.

I have been a sports lover from my school days.

It was a dream to do a sports film.

When I got Sarpatta Parambarai, it was dream come true.

I watch a lot of football and cricket matches. I am a huge football fan.

Every day I watch at least three hours of football.

Were you with boxing before doing this film?

I had taken it up as a sport long before I did this film.

I never knew one day I’d actually get to play a boxer.

I actually chased down the script.

I knew Pa Ranjith had a boxing script which he wanted to make for the longest time. I sent him a message through an actor whom we both know, saying I was interested in doing the film.

He took some time to make up his mind. Finally, he agreed.

Now you can’t go back to running around trees?

(Laughs) There aren’t too many trees to run around.

I’d like to keep up to the standards I’ve set for myself.

But it’s hard to get a role like Sarpatta Parambarai.