Is ‘No Man’s Sky’ Worth Playing in 2021? How Updates and Fixes Have Transformed the Once-Disappointing Game 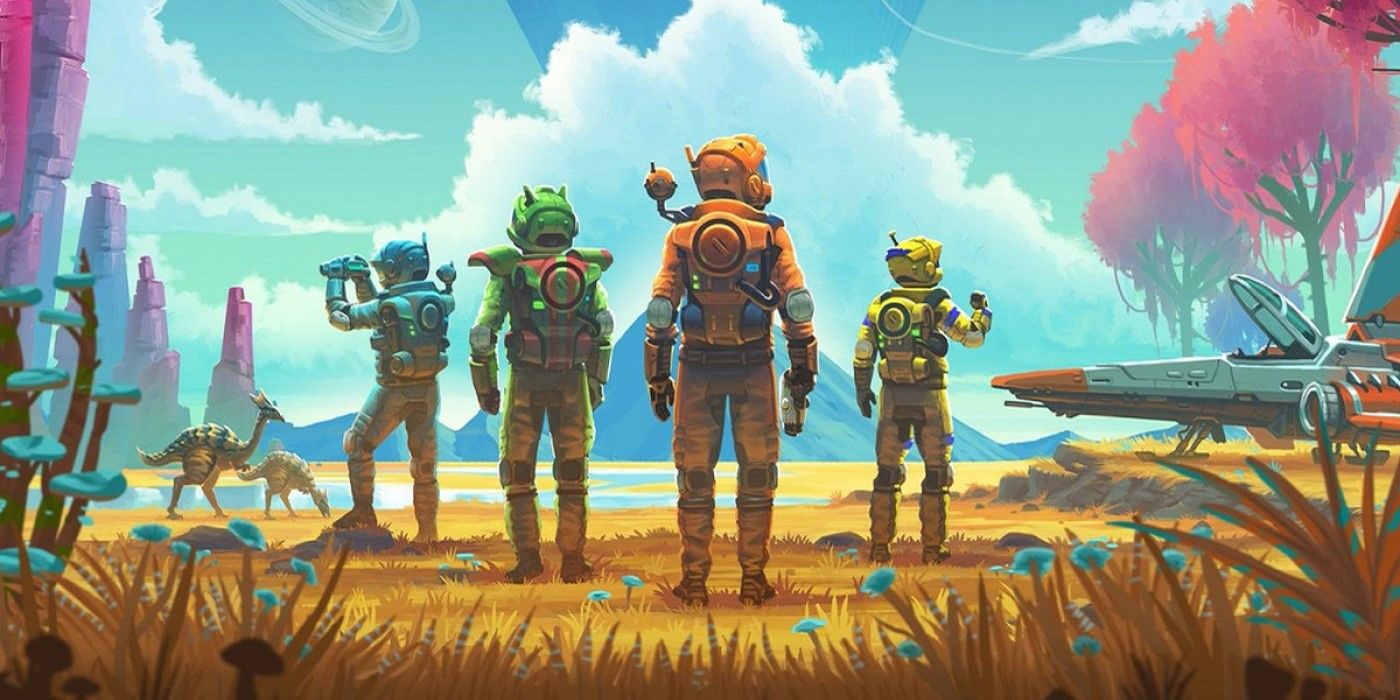 Initially announced at the 2013 VGX Awards, the idea of No Man’s Sky sent the video gaming community into a frenzy. For anyone who was even a passing sci-fi fan, the game was everything you could ever want: an open-world space exploration game with a sprawling, infinite universe of procedurally generated planets to discover and explore.

Unfortunately, the game’s release was not met with any such fanfare. Marred by a boring gameplay loop, lackluster story, and inconsistent procedural generation, No Man’s Sky was a buggy mess that was in an obviously unfinished state. Only weeks after its release, the game had fizzled away and was thought to be just another cautionary tale of what not to do when developing a video game.

Since then, however, No Man’s Sky has had one of, if not the biggest comeback story in gaming history. After sustaining one of the biggest dogpiles in terms of negative press upon release, developers Hello Games have devoted all of their time into improving No Man’s Sky and making it resemble more of the game they promised it would be. So, the question is: is No Man’s Sky worth playing in 2021? Our answer: absolutely! Because this game that currently exists is almost unrecognizable from the game you played (and were probably disappointed by) in 2016.

For one, the visuals are stunning and the procedural generation consistently delivers when it comes to planets. Ranging from a gorgeous paradise lush with glowing trees and fireflies, or a frozen tundra with recurring toxic storms, each new star system boists its own unique aesthetic and terrain that is always eye catching. Players on newer hardware are also in luck after Hello Games released the Next Generation update for optimization with the new Xbox Series X/S and PlayStation 5 consoles, as well as newer PC graphics cards, last October.

Contrary to how it was upon release, there’s plenty to do and discover on the planets No Man’s Sky generates. Local fauna ranges from wondrous to nightmare fuel, whether it be on land or in the depths of the ocean. Planets are usually abundant in a unique set of materials as well which incentivizes the player to visit as many star systems as possible. Some might see it as a monotonous loop, but the variation of planets should keep most players interested, especially the achievement junkies and those looking to catalogue as many new discoveries as they can.

The game boasts enough game modes to cater to whatever experience the player might be looking for. For those looking for a more hardcore and unforgiving experience, No Man’s Sky has a Permadeath Mode that ensures your experience be one of thrills, close calls, and high stakes. Conversely, the game has a Creative Mode where the dangers of outer space become non-existent and materials used for base building have no cost, giving players an open sandbox to explore and colonize at their leisure. In between those two are the Normal and Survival modes with the former being No Man’s Sky’s original experience and the latter being more of a challenge but not quite to the level of Permadeath.

When it comes to playing with others, the most common multiplayer element will be simply gathering a party of friends to go exploring with you or help you do missions. If none of your friends are big into space exploration, the game features a multiplayer hub known as the Space Anomaly that will appear shortly into the main story. The Space Anomaly is comparative to Destiny’s Tower and will always have random players roaming around either looking for missions or just emoting to pass the time, so long as your multiplayer function is enabled.

Furthermore, if all you’re looking for is the low possibility of a chance encounter with another player and don’t like the idea of clanning up, you can simply turn your multiplayer function on and see what happens. There is also the new Expeditions mode which puts several different Travelers on one planet and has them go on journeys together in pursuit of valuable and unique rewards. If there is a real downside to No Man’s Sky’s multiplayer, it’s that there still isn’t a real PVP experience. Despite being able to have ships and multitools with varying levels of damage to deal, virtually all of No Man’s Sky’s combat will be against CPU controlled bots as opposed to sentient opposition.

The appealing thing about No Man’s Sky is that the endgame is really whatever the player wants it to be. If getting through the main story is your goal, then it can be a rewarding experience of twists and turns. And if you’re not up for the backstory of why your Traveler exists in the first place, then you’re free to enjoy the universe and participate in anything from farming to creating your own base where you can store materials and hang out with your friends. And as of the most recent Frontiers update, planets now how have settlements, small towns of indigineous aliens — that you can help shape and mold.

Despite an emphasis on gathering elements to craft other items and obtain currency, No Man’s Sky isn’t much of a grind. As part of the more recent Expeditions Update, players now receive more generous amounts of materials from mining resources. Previously, making in-game currency was quite time consuming. But with no options for microtransactions, mindlessly mining materials was the only way to obtain the blueprints to more fun tools such as vehicles and new starships. The fact that Hello Games noticed this and are willing to give players a shorter path to doing the things they want to do — in an era laden with pay-to-win schemes — is commendable at the very least.

To sum it all up, No Man’s Sky is definitely worth a play if you have the time or are just simply curious. In a world full of games that are an all-consuming void when it comes to your wallet, a game stuffed with fun and interesting content like No Man’s Sky is a welcome break from all of the madness and offers plenty to keep you preoccupied. And by the looks of it, the experience will only continue to get better as time goes by.

KEEP READING: How to Get the Iconic ‘Mass Effect’ Ship in ‘No Man’s Sky’

Exclusive: ‘Stop and Go’ Trailer Reveals a Love Letter to the Road Trip Comedy — in the Pandemic Era

‘Stop and Go’ will be coming both to theaters and on-demand on October 1.

Christian Smith is a journalist, sports blogger, lifelong gamer, musician, and video editor. Beginning in 2017 with SB Nation, Christian became a Collider contributor in 2021 after he decided it was his life goal to convince you that Metal Gear Solid 3: Snake Eater is the greatest video game ever created.