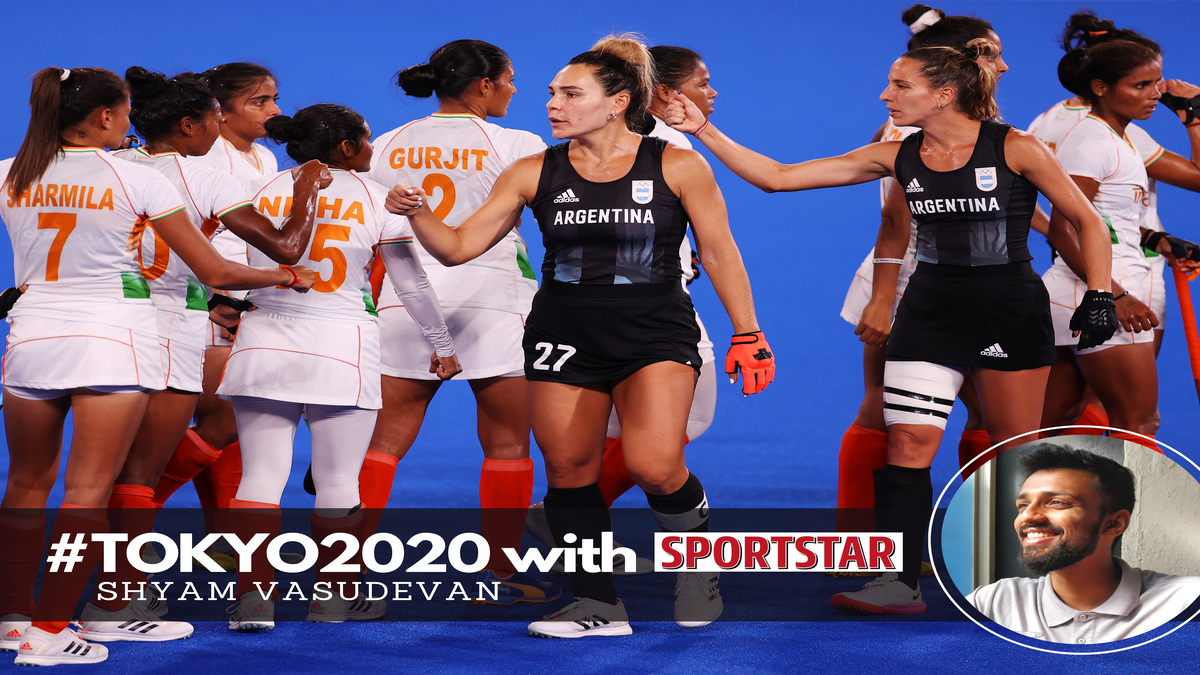 The Indian women’s hockey team’s inspiring run at the Olympics hit a roadblock as it slipped to a 2-1 loss to former world champion Argentina in the semifinals. The team remains in the hunt for a bronze medal and will face Great Britain on Friday.

At the end of a bruising contest – as the hooter went – the Argentines reveled while the dejected Indian girls walked away after a quick team talk.

The Sjoerd Marijne-coached team made a brilliant start to the proceedings as Gurjit Kaur scored from a penalty corner – her second in as many games – in the 90th second.


Argentina women’s team, which has won medals at four consecutive Olympics (2000 to 2012), slowly started making inroads, winning a penalty corner in the eighth minute but nothing came off it. The world’s second-ranked team mounted pressure on India, effectively combining aerial passes and scorching runs on the flanks but the Indian defence stood resolute. Argentina came out in the second quarter like Gaucho cowgirls running wild in the Pampas and found the equaliser in the 18th minute. Their 37-year-old captain Maria Noel Barrionuevo rifled a bullet drag-flick to restore parity.

India’s inability to close out opportunities cost it dear as two penalty corner chances went begging in the 26th minute. Neha Goyal had a great chance four minutes later when she stormed into the penalty circle, but she shied away from taking a shot, looked for a pass instead, and was robbed of the ball.

Argentina’s Agustina Albertarrio was a menace on the left and made a marauding run in the 33rd minute that served as a warning. Barrionuevo scored her second goal of the evening in the 36th minute from another penalty corner. The goal, which took a heavy deflection off an Indian defender, was her 197th international goal in 344 appearances.

It was the beginning of the end for India as Argentina dug deep and fortified its defence. India had a few stray chances, but the goal remained elusive. The side had a sliver of hope in the last minute, but Argentina goalkeeper Belen Succi showed great reflexes to keep out Navneet Kaur’s deflection from close range.

India will now go back to the drawing board and look to iron out the flaws in its game ahead of Friday’s match against Great Britain.

Argentina will take on the Netherlands, which defeated Great Britain 5-1, in the final.