The SEC has no idea what fines are for 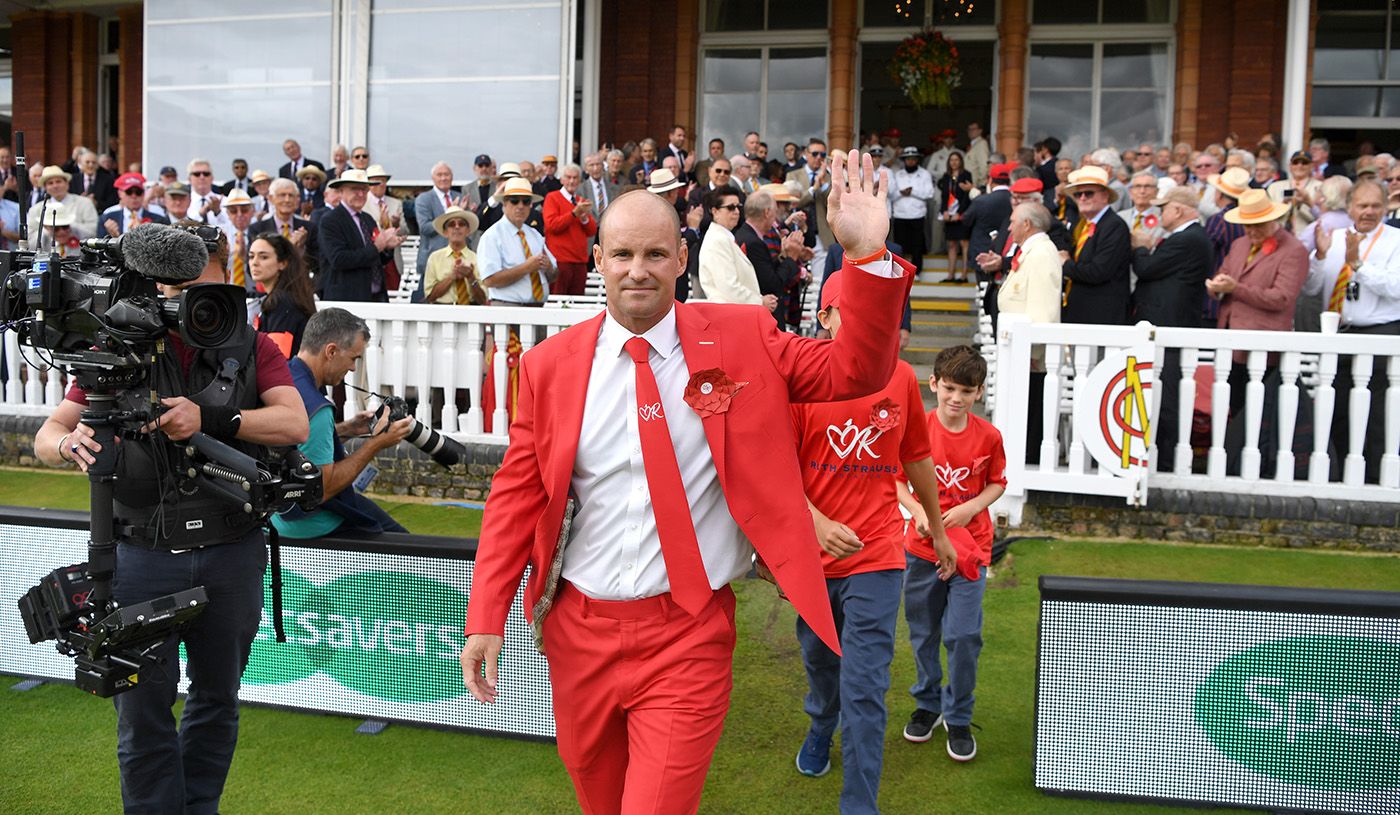 Andrew Strauss believes that a compromise can still be reached whereby England’s cricketers will be allowed to bring their families with them on this winter’s Ashes tour of Australia, but says it would be “unrealistic” to expect the players to embark on such an arduous campaign without being able to see their loved ones for months on end.

Strauss, who captained England’s last victorious tour of Australia in 2010-11, stopped short of echoing the sentiments of his fellow Ashes-winning captains, Michael Vaughan and Alastair Cook, both of whom have questioned whether the tour can take place in the current circumstances, and instead insisted the onus was on the English and Australian boards to work out a solution with the Australian government.

“No, I wouldn’t want a postponement, I would want to make sure that the players’ families can get there,” Strauss said during an event to promote the forthcoming #RedForRuth day at Lord’s. “The last thing anyone wants is players having to make that choice between ‘my family can’t come and therefore I’m not going to go’ or ‘I’m going to go’.

“The solution to this is to find some sort of middle ground between the Australian Government, Cricket Australia, and the ECB, to make it as easy as possible for families to get out there and to have as few restrictions as possible when they are over there.”

The ECB last week issued a joint statement with the Professional Cricketers’ Association (PCA), saying it is committed to “putting player and staff welfare as the main priority”, amid concerns about the burden on multi-format players such as Ben Stokes, Mark Wood and Jos Buttler – all of whom are likely to have to travel directly to Australia from the T20 World Cup in the UAE.
Australia’s Covid-19 entry and quarantine rules are among the strictest in the world, and when the IPL was postponed earlier this year, Australia’s own players were required to make a stopover in the Maldives rather than fly directly home. Last year a number of English players pulled out of the Big Bash due to concerns around bubble fatigue, and while Dom Bess is one potential tourist to have insisted he would “never, ever turn down” an Ashes call-up, Kevin Pietersen recently expressed the view that the winter’s proposed circumstances were “utter madness”.

“Of course we all understand, having been through the pandemic here for the last 18 months, that this stuff isn’t easy,” Strauss added. “[It requires] setting precedent and all that sort of stuff, but I do think it is unrealistic to expect players to go over there for months on end without their family seeing them, especially with what’s gone on over the last 18 months and all the time they’ve had spend away from their families in bubbles.

“I think that’s going to be asking them to go one step too far, and some sort of compromise needs to be reached. That’s what everyone should be working towards at the moment, rather than worrying about something that may or may not happen.”

More immediately, however, Strauss has less sympathy for the shortcomings of England’s batters in their recent performances against New Zealand and India, in particularly his successors at the top of the order – Dom Sibley, Rory Burns and Zak Crawley – all of whom have struggled for consistent runs of late.

“It is a case of ‘must do better’,” Strauss said. “It’s been very tough. You’ve got to go back a long time to see conditions that have been as challenging for opening batsmen. But ultimately, that’s what they’re in the job to do and someone at some stage will grab that opportunity with both hands

“We’ve seen instances where Burns, Sibley and Crawley – all three of them – have been able to do it, but as we know, the key to having a long England career is doing it consistently. We haven’t seen that, so that’s a challenge for them.

“They’re no different to myself and Alastair Cook and Mike Atherton and Graham Gooch when we started, it’s a huge challenge and you either pass that challenge, or you don’t and someone else gets a go.”

That someone could yet be Haseeb Hameed, who has been part of England’s Test squad since the New Zealand tour, and could be in line for his first Test appearance since the tour of India in 2016-17, where he impressed as a 19-year-old in three Tests before suffering a broken hand and a subsequent dip in form.

“The selectors have always got that challenge around when’s the right time to take someone out of the action,” Strauss added. “That’s often dependent on a hunch or an opinion that the coach might have, around where they are psychologically and how well they’re playing off the pitch, in the nets etc.

“I’ve always felt generally it’s better to give one more Test than one too few Tests,” he added. “But I was up [at Trent Bridge] last week and I was looking at Haseeb Hameed in the nets and he looked very impressive. Not that that means anything, as we know, but I’m sure he’ll be chomping at the bit to get an opportunity and if they don’t make the change this week, then I think that top order will know that they’re in the last-chance saloon.”

The second day of the Lord’s Test will once again be dedicated to the Ruth Strauss Foundation, which was set up in memory of Strauss’s wife, and mother to his two sons Sam and Luca, who died in December 2018 from a rare form of lung cancer. The ground will turn red to raise awareness of the charity which provides much-needed support for other families faced with the impending loss of a parent, and Strauss said the circumstances of the Covid pandemic was likely to have made their work all the more important.

“We were blown away last year by how engaged everyone got with the day virtually,” he said, after the pandemic caused England’s home summer to be played behind closed doors. “But it’s not quite the same when you’re in an empty stadium and the voices are echoing around the ground, so it’s going to be an incredible spectacle this year. We’re just hoping that people remain engaged with the day itself, by wearing red and showing their support for what we’re doing.

“We know that this is relevant in so many people’s lives, and maybe even more relevant given what’s been going on over the last 18 months or so,” he added. “We feel like we’re a little bit closer to death, in a way, which is not a nice thing to say but perhaps we are.”

Strauss, who stepped down from his role as England Men’s director of cricket in 2018 to focus on his family, has since made a return to the sport, both as a commentator on Sky Sports and as chair of the ECB’s Cricket Committee. However, due to his immersion in the Foundation’s activities, he says he doesn’t envisage himself making a full-time return to cricket administration any time soon.

“One of the big learnings I’ve had, without getting too deep, is how important purpose is in life,” Strauss said. “We are all on this earth only a certain period of time and, certainly, as a retired ex-cricketer, where your purpose was very apparent when you’re playing cricket, it’s not necessarily quite so apparent when you finish. The Foundation has given me a real motivation and desire and drive to make that a success, and that helps me every single day, to be honest.”

For more information on the Ruth Strauss Foundation, and for details of #RedForRuth day, click here