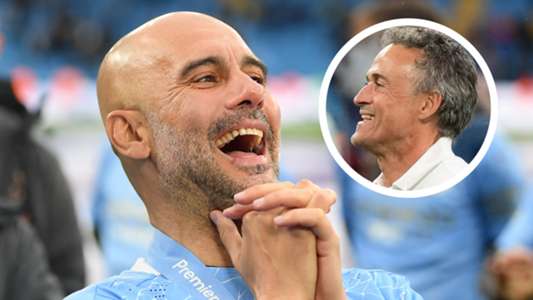 Luis Enrique says he would happily hand over the reins of the Spain national side if Pep Guardiola wanted to take them on, with the Manchester City boss his pick to fill a demanding role next.

One former Barcelona coach is currently at the Roja helm, with that position filled – a brief break for personal reasons aside – for over three years.

Another could be approached when the time comes for Enrique to step aside, with the 51-year-old saying he would do that now if Guardiola could be prised away from the Etihad Stadium.

Enrique has told reporters ahead of a World Cup qualifying clash for his side against Kosovo on Wednesday: “I’d love that, I wish [Guardiola] was the Spain coach. I’d love it – it would be perfect.

“What’s more, I’d love to see our national team with his stamp on them.

“I don’t think Spain could have a better coach.”

What about the present for Spain?

They are now back on the road to Qatar 2022, with some new faces being added to the pot alongside established stars.

There are still no Real Madrid representatives in Enrique’s ranks, while former Blancos captain Sergio Ramos is still missing after being overlooked for European Championship duty.

On the absence of a World Cup-winning defender that is now at Paris Saint-Germain and the lack of a Real star in his selection, Enrique added: “Unfortunately, [Ramos’] situation is the same. He’s not played a single game since [Euro 2020].

“My actions speak louder than words [with regards to Real Madrid players].

“I could only dig myself a hole with an explanation.”