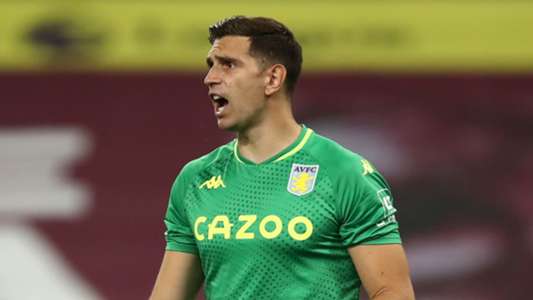 Argentina and Aston Villa star Emiliano Martinez admits he lost his love for football during his long years of inactivity at Arsenal, but finally turned the corner when he refused to let the club send him out on loan anymore.

Martinez, 28, became a hero for both club and country over the course of 2020-21, following up his fine debut season with Villa in the Premier League with a memorable Copa America campaign as he helped the Albiceleste take the title.

But the goalkeeper also knows what it is like to suffer for his art, having spent the best part of a decade in north London while barely featuring for the first team.

According to Martinez, the turning point for him came in 2018-19, when he was ordered out on loan once again at Reading having already endured similar spells at five different clubs – including a disastrous stint with Getafe.

“I don’t think you prepare for not playing, I always thought I had the talent but at some stage in my career when I was 22, 23 and I wasn’t playing, I went on my first loan to Spain, I played only six games,” he recalled to Football Daily.

“That was something I was worried about, I told my wife, ‘I know I’m not playing but I’ve stopped watching football games,’ so it wasn’t an easy place to be. Then I went on loan again to Reading in the Championship, a league which I didn’t want to be in,

“I put myself in a position: I have a newborn baby, this is going to be my last loan. I got that in my head, I started with a psychologist that helped me through my bad moment, it helped me to get past my frustrations.

The Mar del Plata native joined Arsenal from Independiente while still a teenager after signing terms in 2009, but he found his path to first-team football continually blocked by a series of Gunners goalkeepers.

Martinez went into what turned out to be his final Arsenal season in 2019-20 with just 14 appearances for the club in seven seasons, having spent much of the that out on temporary deals.

Towards the end of that Covid-interrupted campaign he received an opportunity to shine when Bernd Leno was ruled out through injury and responded with a string of impressive displays between the posts.

Rather than risk another year with sparse opportunities, though, Martinez opted to move to Villa, where he was ever-present in their league season and kept 15 clean sheets as Dean Smith’s men secured a comfortable mid-table finish.

He went on to play every game but one in Argentina’s first Copa America triumph since 1993, conceding only two goals in six matches and standing out in particular for his penalty heroics against Colombia as he stopped three shoot-out efforts to send his team into the final.