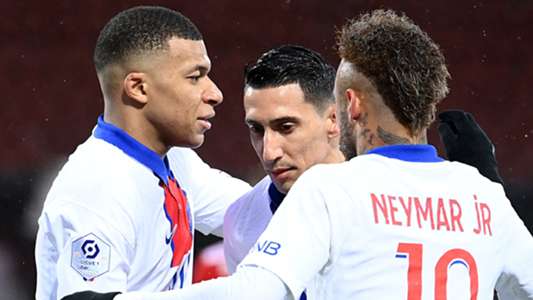 Angel Di Maria says Kylian Mbappe will remain with Paris Saint-Germain, claiming the French star will not be able to find a better team anywhere else.

Mbappe’s future has been up in the air amid links to Real Madrid, despite the club’s recent signing of Lionel Messi.

Di Maria, meanwhile, says that he believes Mbappe will stay in Paris for the foreseeable future as he believes PSG is currently the most talented club in world football.

What did Di Maria say?

“Mbappe? I think he stays,” he told ESPN. “It’s obvious that he’s a player that all the big teams want but with the team that PSG has now, I don’t think he’s going to leave. I don’t think he will find a better team anywhere.”

Di Maria will also now play alongside his longtime friend Messi, who signed with PSG after departing Barcelona this summer.

Messi and Di Maria have long been team-mates with Argentina, winning the Copa America earlier this summer, and the winger says that playing alongside his friend on the club level is a dream come true.

“I’m more than happy,” Di Maria said. “Everything I dreamed about happened in one month; winning the Copa [America] and being able to play with Leo in the same team. It’s what I’ve always wanted.”

Who else have PSG signed?

In addition to signing Messi, PSG have had a busy summer of spending.

The club has added Gianluigi Donnarumma, Sergio Ramos and Georginio Wijnaldum on free transfers, while also signing Achraf Hakimi from Inter for a fee in the region of €60 million (£52m/$71m), plus €10m (£9m$12m) in add-ons.