I Am Legend’s Alternate Ending Explained: What Happens & Why It Was Cut 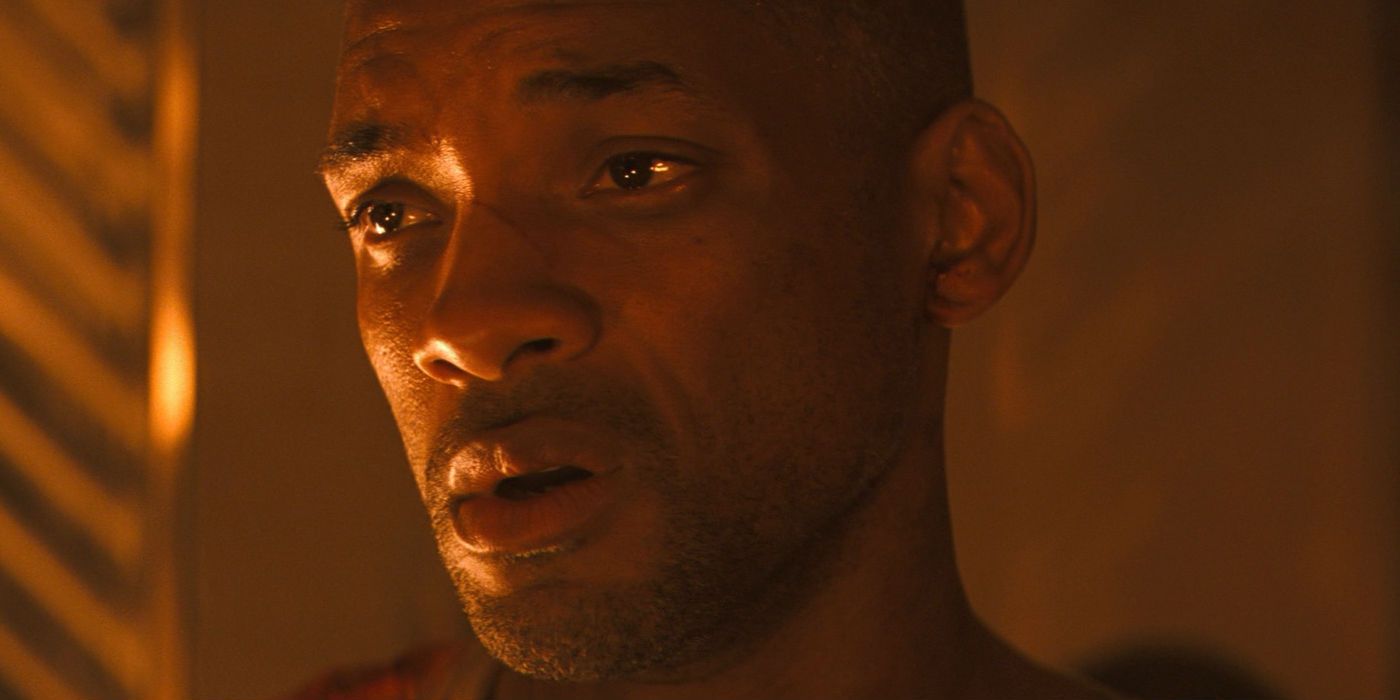 Will Smith’s 2007 box office hit I Am Legend had an ending that divided audiences, but an alternate ending exists that does more justice to the book. Published in 1954, acclaimed author Richard Matheson’s novel I Am Legend is one of the most highly regarded works of apocalyptic fiction to date. As such, it’s no surprise that the book has been adapted for the big screen, in this case three different times.

The first adaptation came a decade after I Am Legend‘s publication, in 1964. Horror legend Vincent Price starred in the film, titled The Last Man on Earth. In 1971, Charlton Heston took the lead in the second adaptation, titled The Omega Man. Finally, in 2007, Will Smith fronted I Am Legend, the most critically and commercially successful adaptation of Matheson’s book yet. Oddly enough though, none of the three films is really a satisfying adaptation of the text, as each differs greatly from the source material. For one, while Robert Neville in the book is far from an expert on the plague that’s destroyed humanity, the Neville in every film version has been a genius scientist capable of devising a cure.

Related: I Am Legend’s Batman v Superman Easter Egg: Why Is It There?

Another big part of the I Am Legend book that’s never been adapted faithfully is its ending, which sees Neville die by suicide rather than be executed for his apparent crimes. It turns out those changed into vampire-like creatures by the plague have formed their own society and are still mostly intelligent, and view Neville as a monster, a kind of boogeyman they fear and loathe due to his killing of their species. The Will Smith I Am Legend once again fails to replicate this ending, but its alternate conclusion is much closer to the book’s message.

I Am Legend‘s ending in the theatrical cut sees Will Smith’s character holed up in his laboratory as he attempts to find a cure for the vampire-like mutants. As he finally discovers a solution to their condition, the creatures storm his house and are shut out on the other side of some sturdy glass where he can see them waiting for him. Robert Neville ultimately sacrifices himself and taking several of the creatures with him in an explosion as he provides a distraction for his fellow survivors, Anna and Ethan, to escape along with a sample of his new cure. Anna and Ethan follow rumors of a colony free of the infection and find safety there in Vermont, giving them the cure, with the implication that humanity is then saved. While this maintains the direct adaptation of Neville dying by suicide, it completely disregards the novel’s original reasons for him doing so as he never realizes that he has unwittingly become the world’s villain.

By contrast, the alternate ending to I Am Legend has Neville learn that the reason the vampires-like creatures are attacking his home is that the creatures’ leader is the significant other to the latest “test subject” that Neville had kidnapped in order to try and create a cure. Realizing that, as in the book, the creatures are still intelligent, have a form of communication, and have developed their own society, Neville lets his test subject rejoin her brethren, and seemingly realizes that to the “Darkseekers” he has become a monster. Neville abandons his research, takes the cure, and heads along with Anna and Ethan to Vermont, a changed man. While still far from the book, it’s much closer in spirit, as Neville learns that he isn’t quite as righteous as he thought.

Unfortunately, as revealed by I Am Legend director Francis Lawrence, the reason the ending was changed to the happier one seen in theaters is due to intensely negative reactions to the ending where Neville has his villainous realization from test audiences. This isn’t the first instance of a test audience making a movie worse, and probably won’t be the last.

More: Why I Am Legend 2 Still Hasn’t Happened