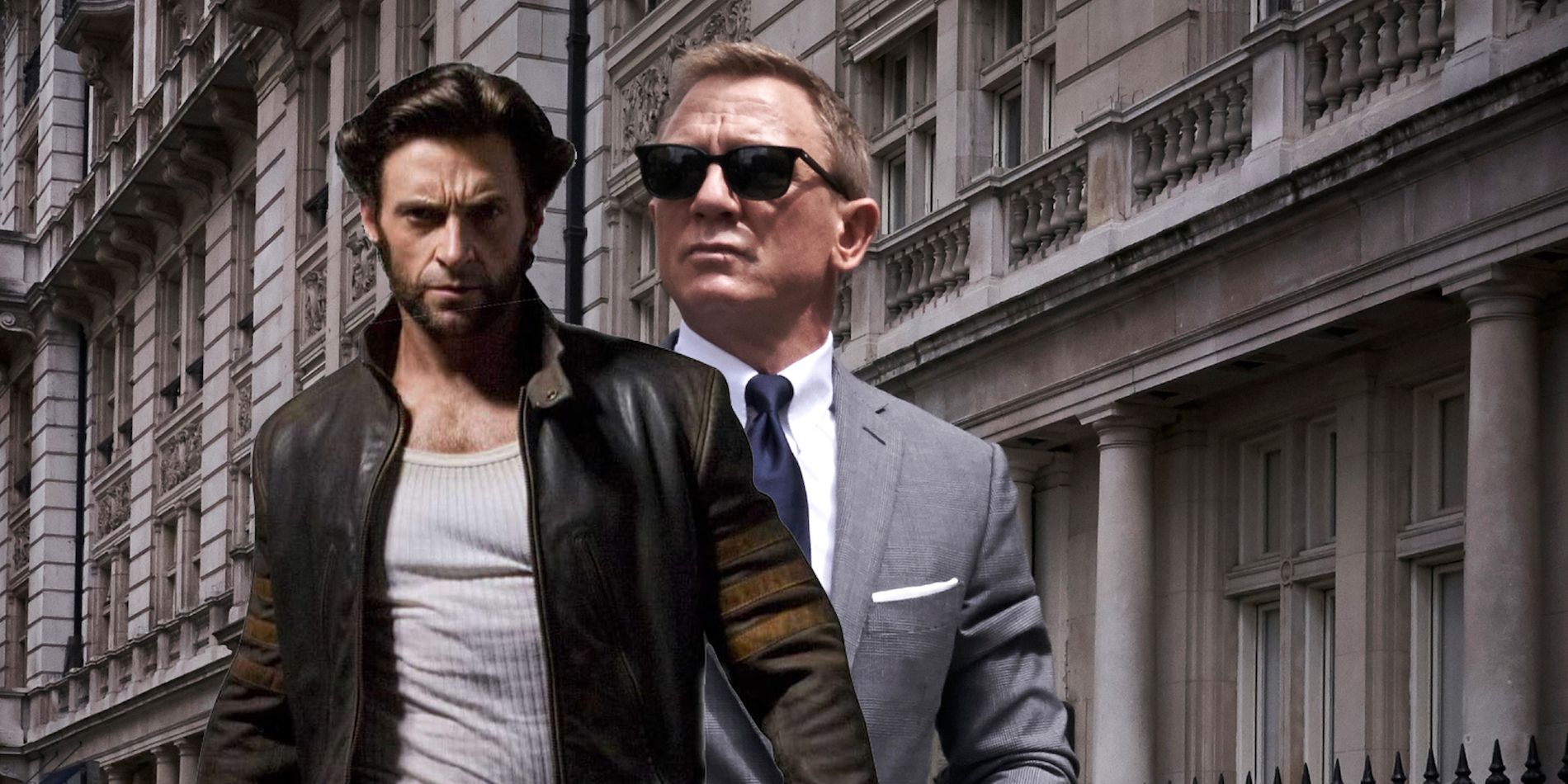 In the Apple TV+ documentary Being James Bond, Daniel Craig admits that he found fame extremely challenging, but Hugh Jackman helped him through it.

No Time to Die star Daniel Craig has revealed that Hugh Jackman helped him handle his struggles with fame when he was first cast as James Bond. No Time to Die is the 25th film in the 007 franchise, and the fifth to star Craig as the suave spy. This latest installment will follow Bond in his efforts to rescue a kidnapped scientist and take down a mysterious villain harnessing a dangerous new tech development. Returning characters include Ralph Fiennes as M, Naomi Harris as Moneypenny, Léa Seydoux as Madeleine, Ben Whishaw as Q, Jeffrey Wright as Felix Leiter, and Christoph Waltz as Blofeld. Rami Malek, Ana de Armas, and Lashana Lynch are joining, with Malek playing the central villain. The release of No Time To Die may be delayed again, but it is currently set to debut in theaters in October.

Craig first stepped into the role of Bond in 2006’s Casino Royale, just four years after the final Pierce Brosnan-led Bond film, Die Another Day. Craig is now the actor who has played Bond for the longest continuous stint. Formerly, that title belonged to Roger Moore, who played the role for 13 years. Rumors have been swirling for years around Craig’s replacement when he retires from the role, but producers say they are still unsure who will be the next James Bond.

Related: No Time To Die: What Is Madeleine’s Secret? Every Possible Answer

In Apple TV+’s Being James Bond documentary (via The Independent), Craig explained how his James Bond fame was a mental health challenge, describing himself as “physically and mentally under siege.” Indeed, in one darker interview moment in 2015, Craig said he would rather “slash [his] wrists” than play James Bond again. The actor explained that, luckily, help came from an unexpected place during this difficult time. He said fellow star Hugh Jackman, who has never appeared onscreen with Craig (though they co-starred in the play Steady Rain in 2006), “helped [him] to come to terms” with the challenge of fame. Read the full quote here:

“My personal life was affected by being that famous all of a sudden. I used to lock myself in and close the curtains, I was in cloud cuckoo land. I was physically and mentally under siege… [Hugh Jackman] helped me to come to terms with it and appreciate it.”

If there’s one person who knows what it’s like to suddenly burst onto the scene in an established franchise in the 2000s, it’s Hugh Jackman. Jackman’s portrayal as Wolverine in 2000’s X-Men put him almost instantly on Hollywood’s A-list. He would go on to play the role for 17 years, rivaling Craig’s tenure as James Bond. Jackman’s final X-Men film was Logan, and the actor has consistently denies rumors that he’ll be reprising the Wolverine role in the MCU.

Thankfully, it looks like Craig has been able to keep taking Jackman’s advice to heart over all these years. No Time to Die may be Craig’s last time playing Bond, but he hasn’t given up on Hollywood. Indeed, filming is almost complete on Knives Out 2, which sees the star return as the eccentric detective Benoit Blanc. And it seems fans may have Jackman to thank for Craig’s ongoing presence on their screens.

Next: No Time To Die Reveals The Sad Truth About James Bond’s Legacy

Brennan (he/him) is a senior writer at Screen Rant and a millennial who knows more about 80’s slasher films than he has any right to. A former host of the Attack of the Queerwolf podcast, Brennan has been writing and podcasting about pop culture (especially horror films) for a decade.

Brennan’s interests also include the Muppets, bubblegum pop from around the world, and reading (especially Jane Austen, Agatha Christie, the manga of Junji Ito, and novels of magical realism). His favorite film directors are Wes Craven and Pedro Almodóvar.