How to Read ‘Star Wars’ Books in Order 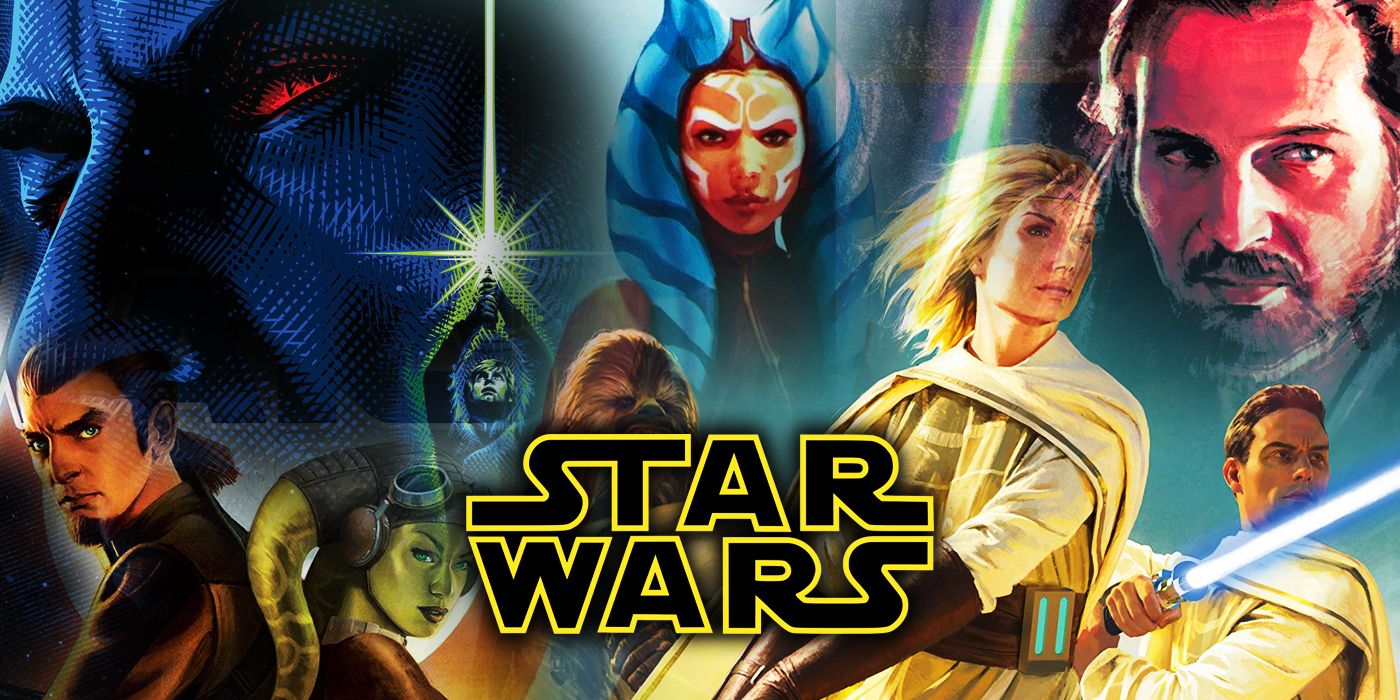 Star Wars has always had an exciting history within novels. The first piece of Star Wars media ever released was the official novelization Star Wars: From The Adventures of Luke Skywalker, released in November 1976, a year ahead of the release of the film. The first spinoff novel Splinters of the Mind’s Eye by Alan Dean Foster came a year later, and explored the further adventures of Luke Skywalker and Princess Leia as they faced off against Darth Vader.

Many authors continued to expand upon the events of the film saga, including the popular trilogy Heir to the Empire, Dark Force Rising, and The Last Command from Timothy Zahn in the early 1990s. Characters such as Mara Jade and Grand Admiral Thrawn would have recurring roles in later novels.

In the next several decades, authors explored events ranging from thousands of years before The Phantom Menace to decades after Return of the Jedi. Books explored the wars between thousands of ancient Jedi Knights and Sith Lords, and introduced Han Solo and Princess Leias’ children Jaina and Jacen, as well as Luke’s son Ben Skywalker.

When Disney adopted the rights to Lucasfilm and relaunched the Star Wars franchise, they initiated a new era of publishing and a new canon. Novels released since 2014 are a part of this new timeline. While some of the older books have been re-released by Disney, they are considered part of the “Legends” non-canon timeline.

It can get confusing trying to figure out how each of these stories fit together, and where they take place in relation to the films. Here’s the chronological order of the newly released Star Wars books, not including junior novels and shorter books for younger readers.

The High Republic Era – 200 Years Before The Phantom Menace

RELATED: How ‘Solo’ Villain Dryden Vos Shows A Different Side of the ‘Star Wars’ Criminal Underworld

Before The Phantom Menace

Between The Phantom Menace and Attack of the Clones

Between Attack of the Clones and Revenge of the Sith

Between Revenge of the Sith and A New Hope

Between A New Hope and The Empire Strikes Back

Between Return of the Jedi and The Force Awakens

Between The Force Awakens and The Last Jedi

Between The Last Jedi and The Rise of Skywalker

Nothing worse than uninvited guests, especially in a horror movie.