How to buy a graphics card – GPU stock updates and tips 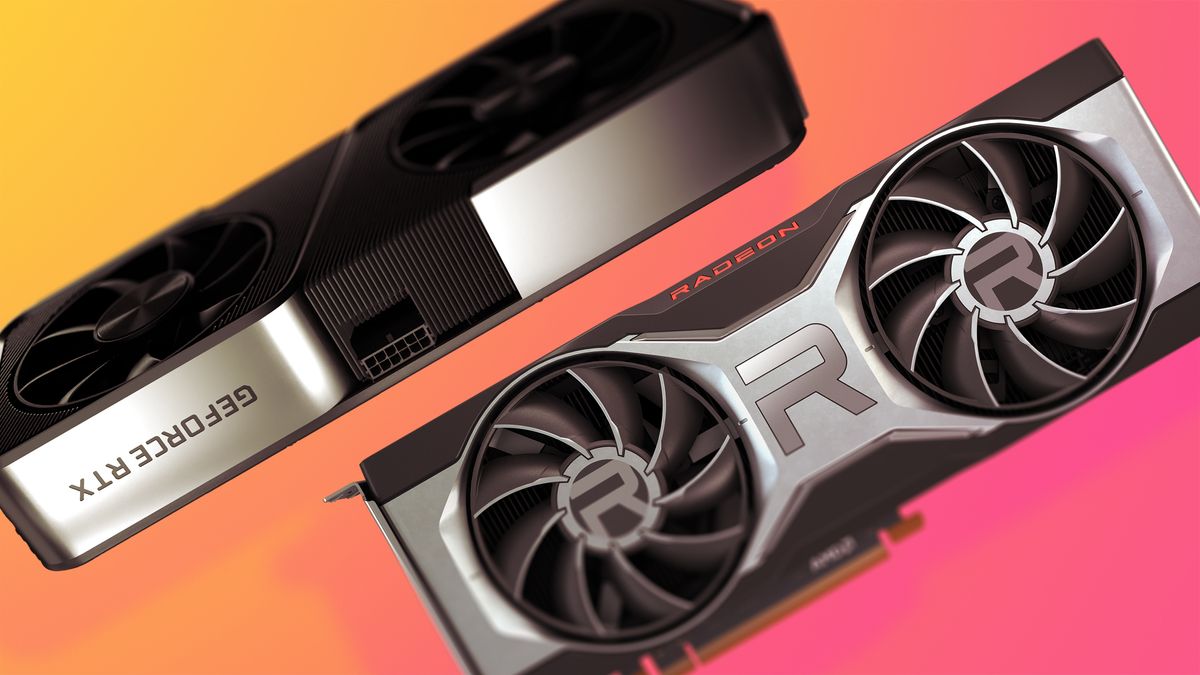 Buying a graphics card really shouldn’t be a difficult task. But through a mix of spiking demand and slim supply, nowadays it can seem a damn near impossible one. That becomes especially true if you would rather not pay seriously over the odds for the latest silicon.

There’s no use dancing around the subject: demand is high and supply is tight. If you want a graphics card this year, you need to be ahead of the game, know your stuff, and look in the right places.

As the main driving force for gaming performance, finding the worthiest graphics card at any price is a matter of utmost importance. Today, that usually means either an Nvidia GeForce RTX 30-series or AMD Radeon RX 6000-series graphics card—there are a few to choose from, right the way up from the RTX 3060 and RX 6700 XT to the all-powerful RTX 3090 and RX 6900 XT.

So pick your battles. Knowing which one of today’s top GPUs you’re after is helpful in finding any available stock. You are more than welcome to cast a wide net and go after just any old Ampere or RDNA 2 chip, and it will give you more chances to buy, but it also can be quite a bit more effort to comb every store page manually.

If you focus your efforts and your attention on chasing one card, you may stand more of a chance of finding a new GPU without pulling your hair out.

It’s also worth noting that there are hints that GPU-based cryptocurrency mining may be waning, with a crackdown in China resulting in used cards hitting the second-hand market. If that becomes a worldwide phenomenon then there will be the question: Should I buy a second-hand GPU? It’s a real lottery with cards used for mining, and our instinct would be to shy away from them. If an Ebay listing for a ‘nearly new RTX 3070’ looks too good to be true, it probably is.

Where to buy a graphics card in the US right now

If you want to pick up a graphics card today, you’ll likely have to pay over the odds for it. There are occasional drops at retailers for cards closer to MSRP, but right now it’s slim pickings generally.

Best Buy currently offers a handful of cards at prices well above MSRP today. Not great. Micro Center also has some graphics cards available for pickup today, although again some of you will have to pay over the odds for. There’s an RTX 3060 Ti for $509.99 for pickup in two locations, which isn’t too bad by 2021 standards. So long as you’re lucky enough to live nearby.

We also recommend checking out Newegg’s Shuffle for a chance to buy a card for a little less.

Where to buy a graphics card in the UK right now

Scan UK currently offers a handful of high-end Nvidia graphics cards, for a high price. That said, the retailer has, as recently as last week, offered stock of sought after cards for a little cheaper. The next drop could occur at any time, so keep an eye out.

Overclockers offers a handful of older cards for far above MSRP, which we can’t realistically recommend to anyone. A GTX 1660 for £359.99? No thanks.

One thing to bear in mind: generally speaking, Nvidia RTX 30-series cards are appearing with greater frequency than AMD’s RX 6000-series in the UK.

Here’s a list of the manufacturer set retail prices (MSRP), or recommended retail price (RRP), for most the latest graphics cards. For the most part, these are the set prices for the stock or reference versions of these cards, if applicable, and not representative of overclocked or third-party graphics cards, which may well be priced higher.

Sadly, real-world pricing is far in excess of those listed below, but this should help give you an idea of how much you’re overpaying for a GPU, and whether it’s worth it.

You could attempt to manually refresh every store page in the hopes of striking gold on the next restock; that’s one way to go about it. Or, you could sign up to a trusty app that goes about trawling major retailers for you. It’s not a bot that tries to snap up stock the wrong way, it just does the refreshing so you don’t have to.

We’ve had success with the app HotStock in the UK, and sites such as Stock Informer offer a similar service in the US, although we’ve not used this service to score stock personally.

Some services may charge a small fee or require a sign up to notify you ahead of the rabble, and we recommend you only do that with services with good reviews. Sometimes it will get you ahead of the crowds, but you don’t want to give up all your personal info just to net a new GPU. Proceed with caution.

Similarly, you can find plenty of free Discord servers with dedicated stock alert bots and eagle-eyed community members, such as the popular StockDrops server. Then there are the heaps of dedicated Twitter accounts, like our sister site Tech Radar’s very own Matt Swider.

And don’t forget Twitch streams. Those dedicated to finding you stock will often fire out a deafening klaxon the moment stock appears. We recommend checking out Falcodrin on Twitch for Nvidia GPUs, but there are plenty of kind souls out there offering a similar service.

What I’m saying is to use the resources available to you, most of which are free, to make your life a little easier when trying to buy a graphics card. They really do work, and it’s a lot better than hitting F5 all day long.

It sounds silly, but the time it takes for you to enter your details at checkout can be the difference between securing a graphics card and walking away empty handed. We recommend making accounts at all the major tech retailers in your area when you decide to start seriously hunting, if only to be an inch ahead of the rest when stock finally arrives.

Similarly, retailers such as Newegg actually recommend using their app for swifter checkout. While we cannot confirm that is the case and not just a ploy to get you using their app, it may be worth it while you’re on the hunt for a GPU.

The retailers to watch are:

It’s not for everyone, but the best way to ensure you’ll receive a graphics card this year, and a modern one at something close to MSRP, is to buy a prebuilt gaming PC. It’s a worthy consideration if you’re considering a total rebuild some point in the future, at least. System builders appear to enjoy a more stable supply of graphics cards, and while some still expect delays, you are at least guaranteed a PC with GPU in situ eventually.

I’d also say there are a few brands I’d maybe expect to see dropping prices a touch around Prime Day. Dell and Lenovo immediately come to mind, so worth checking out if there’s a bargain (by 2021 standards) to be had. Or if you don’t want to do it yourself, we’ve got our eyes on the prize and will be keeping our cheap gaming PC page up to date with the latest deals from across the web.

Alienware (Dell)
You won’t find much in the way of a discount over at Dell, at least not as I’m writing this, but systems are readily available. Most appear available with delivery dates in mid August, so this could be the quickest route we’ve seen to a brand new graphics card yet.View Deal

iBuyPower
iBuyPower says it should be able to get you a gaming PC by late August, which isn’t awful considering the dire situation in the component market. That includes gaming PCs with RTX 3080 graphics cards fitted, so not a bad shout if you’re desperate. It also has its Same Day RDY range, these are non-customisable pre-built machines which could be on your desktop in days.View Deal

Origin PC
You can take your pick of graphics cards over at Origin and have a system delivered in roughly a month’s time. Some even sooner than that. Funny thing is, you can also pick up an RTX 3090 PC for cheaper than an RTX 3080 Ti-powered system. Sweet.View Deal

Gaming laptops haven’t felt the GPU crunch quite like the component market has this past year. You’ll still find ‘out of stock’ notices littering pages from here to Razer’s HQ, but that really only hits the most popular models going—some of which may have had spotty stock even at the best of times.

The fact is, you can find a gaming machine with a great RTX 30-series GPU in stock right now. It’s not that hard, even, and if you’re really in a pinch for performance a gaming laptop could be an exciting prospect. They also come with all the greatest hits of PC gaming too—fast NVMe SSDs, high refresh rate screens, and the latest GPU and CPU silicon around. The latest gaming laptops are light and can last all day… so long as you’re not actually playing games on them at least.

Like with gaming PCs, we will also be keeping an eye out for the best cheap gaming laptop deals on a weekly basis too. So that’s always a page worth bookmarking too.