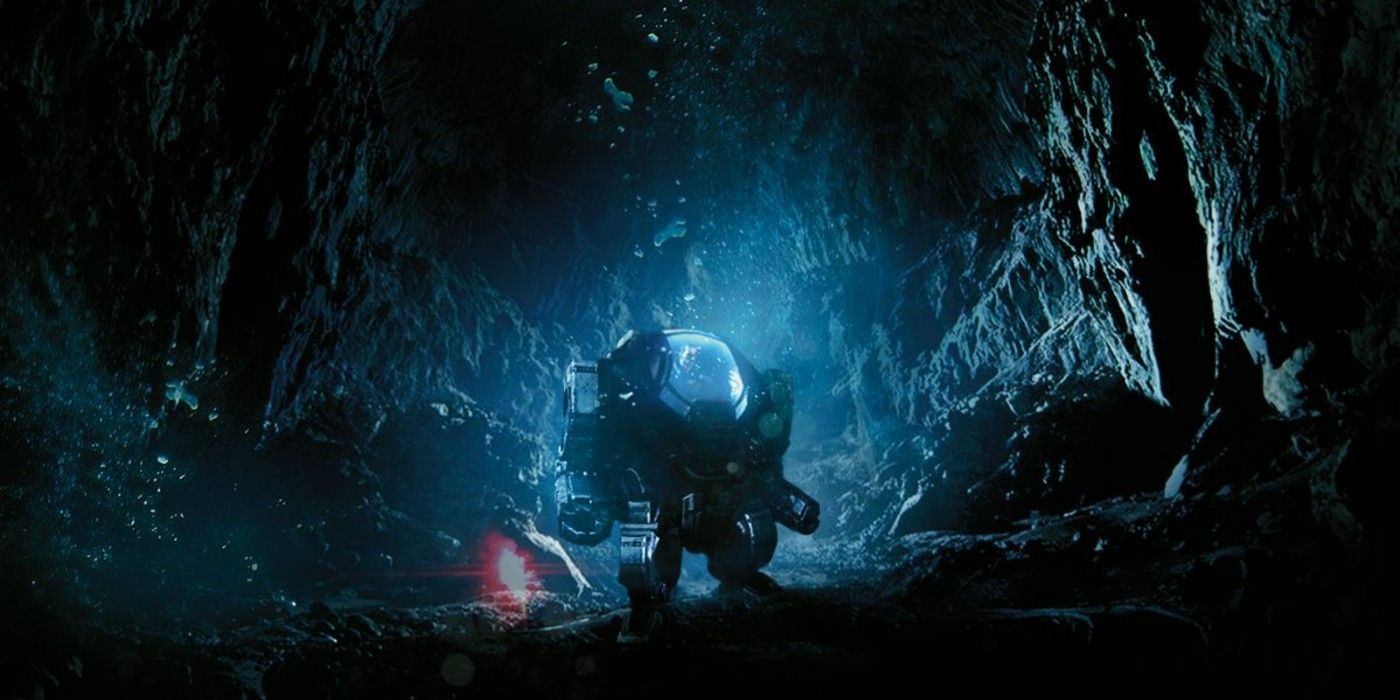 The Mass Effect Legendary Edition contains all of the original trilogy’s DLC, including the Leviathan DLC, which was heavily inspired by Lovecraft.

The Mass Effect Legendary Edition has been an extreme success for BioWare and EA, and includes all Mass Effect games from the original trilogy and their complete DLCs. One of the more memorable DLCs from the series is Mass Effect 3’s Leviathan DLC. The Leviathan story involves Shepard and their crew hunting for an ancient power that can supposedly defeat the Reapers. These creatures are revealed to be an ancient, subaquatic race called Leviathans that were the original apex species in the galaxy. The Leviathan DLC expanded on the ancient history of the Mass Effect galaxy, but also took much of its inspiration from Lovecraftian works.

Lovecraft’s tales and mythos have been adapted into many genres of games, with some being more faithful to the source material than others. While Mass Effect’s Leviathan DLC was not trying to directly adapt a Lovecraftian story, it took many influences and used common themes from the ‘canon’ world of Lovecraft and its mythos. One of the most direct adaptations from Lovecraft to Mass Effect was the Leviathan creature itself, as well as its backstory and abilities.

Related: Mass Effect 3: The Best Order to Play Missions (& Why)

The word ‘Leviathan’ originated from the Hebrew term ‘livyathan’, which referred to a large sea monster or sea serpent. Lovecraft’s mythos kept this definition, but evolved the Leviathan figures in its stories into eldritch deities of untold power. Mass Effect followed suit, turning the Leviathan into an ancient power that was responsible for almost complete domination over other species in the galaxy, and was responsible for an apocalyptic level threat. The Catalyst in Mass Effect was revealed to have been created by the Leviathans, who in turn created the Reapers as a failsafe to protect sentient life from their synthetic helpers. Lovecraftian tales often place eldritch figures, such as Cthulhu, as the catalysts to apocalyptic events or harbingers of complete and total destruction, which makes Mass Effect 3’s Leviathan a perfect fit for this role. The motivations of the ancient being, as well as its capacity for domination, make it a picture perfect Lovecraftian monster.

One of the most common themes in Lovecraftian horror stories is the ability of ancient, godlike beings (such as the Leviathan or Cthulhu) to inflict their will over others through mind control. The complete domination over a being’s free will is a terrifying prospect, and one that Lovecraft and enthusiasts of his work regularly employed in their tales. The underwater superbeing in Mass Effect 3 can communicate telepathically, and can override the physical and mental processes of susceptible organisms. The creature’s intelligence and abilities are unmatched by modern technologies and species, similar to the eldritch Leviathan figures throughout Lovecraft’s many stories. With the Leviathan’s capacity for destruction and ability to dominate species it deems lesser than itself, Mass Effect’s sea monsters appear to have many similarities to Lovecraft’s godlike monsters.

As is the case with many Lovecraftian works, the Leviathan DLC in Mass Effect 3 has a horror-esque theme and narrative structure. The many tales of Lovecraftian fiction often fail to answer the bigger questions surrounding the origins or universal truths answerable by the big, bad monster. This has been a theme in many games inspired by Lovecraftian horror, such as The Call of Cthulhu and The Shore, and leads players to ponder about the mysteries still lurking beneath the waves long after their playthroughs have been completed. The Leviathan in Mass Effect 3’s DLC fills in some of the trilogy’s mysteries, such as the true origins of the Reapers and the truth of the Catalyst waiting at the end of the game, however the truths of the ancient galaxy are left unanswered. The fate of the Leviathans, the reality of their civilization, and the true extent of their motivations are all mysteries that will likely never be solved.

While Mass Effect’s Leviathan and Lovecraft’s many eldritch deities have their differences, the inspirations, themes, and origins of the characters hold many similarities throughout each fictional tale. The narrative structure of Mass Effect’s DLC compared to Lovecraftian tales is also quite similar, as it dabbles regularly in the horror genre and refuses to answer all the players’ questions. The Mass Effect Legendary Edition, including the Leviathan DLC, is available now on PC, Xbox, and PlayStation systems.

Next: How To Achieve The Rarest Mass Effect Playthrough, According To BioWare

Natalie Lindner is a Game Features Writer for Screen Rant, creating content on the past, present, and future of games in the industry. Prior to this, she worked out of a writing consultancy in Rhode Island from 2018 to 2021, where she helped college students improve their writing abilities. Natalie has contributed her video game writing to several smaller websites and projects since 2018 and is eager to continue that journey with Screen Rant.

Working out of New Hampshire, Natalie spends the time she isn’t writing about games outside; hiking or biking. On those rainy days, she can be found striving for action on the latest FPS or perusing the latest comic books.