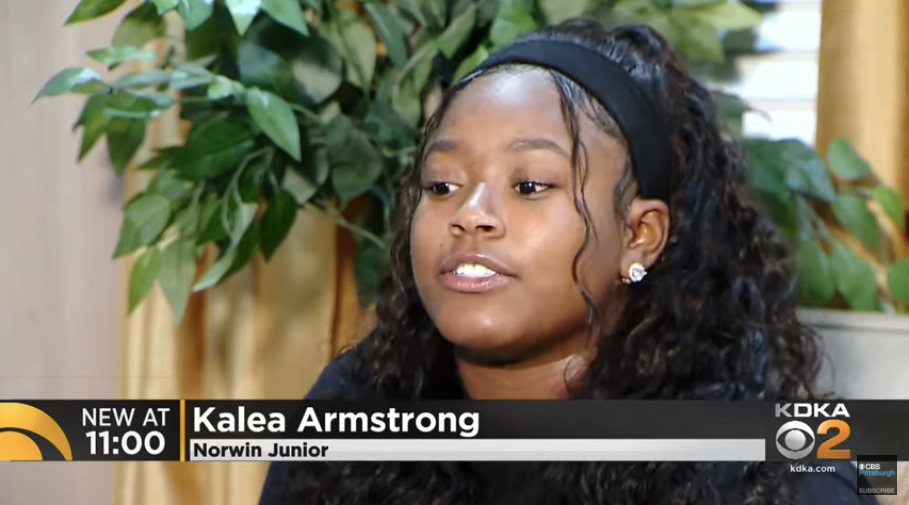 Student Kalea Armstrong, a junior at the high school, told local outlet CBS Pittsburgh she went to the principal’s office and talked to him about the incident directly. She told the outlet seeing her peers wearing Confederate flags brought her to tears and that their decision to put on the Confederate flag was “jaw-dropping.”

“Some people were just wearing red, white, and blue,” Armstrong recalled. “But I think when you put the Confederate flag on, which is a symbolism of racism from the South, it’s jaw-dropping.”

Parent Robert Dye spoke to Trib Live about the incident, claiming that his daughter sent him the photo of what her peers were wearing at around 10 in the morning. According to Dye, the students were not asked to remove the offensive clothing until around 1:30 in the afternoon.

“School is supposed to be a learning environment,” Dye stated. “I’m all for freedom of expression and that, but please keep your racist expressions — which that clothing certainly is — for private events and keep it out of the public schools.” He added that he went to high school in the 80s and reasoned that if someone had worn that while he was a student, they would have been suspended.

Tim Bold, a parent of one of the students who wore the flag, gave a message to CBS Pittsburgh, saying his son chose to wear something that had “red white, and blue” for flag day. “We’ve had family that died under that flag so it’s not racial to us,” Bodl stated. “We’ve already been in discussion with the school and agreed he wouldn’t wear it anymore.”

According to a statement released by the Norwin school district, the photo was taken “very early” in the school day. The district says that after the two students were sent to the office and asked to change their clothing, they complied and returned to class. The district cited its policy in giving the students a “verbal warning” for their first offense.

Fawn Walker-Montgomery, who co-founded Take Action Mon Valley, a social justice organization, put the situation plainly, telling WTAE that the flag “has been a symbol associated with racism and celebrating white supremacy. These things are known.” Walker-Montgomery added that the students in question “probably knew what they were doing when they showed up to the school” with the flag on their clothing. Walker-Montgomery called for the students to be disciplined, as well as for community education and changes for policies and procedures.

You can check out an interview with Armstrong below.