Heels Star Stephen Amell Is Itching To Wrestle Again, So WWE And AEW Should Give Him A Call 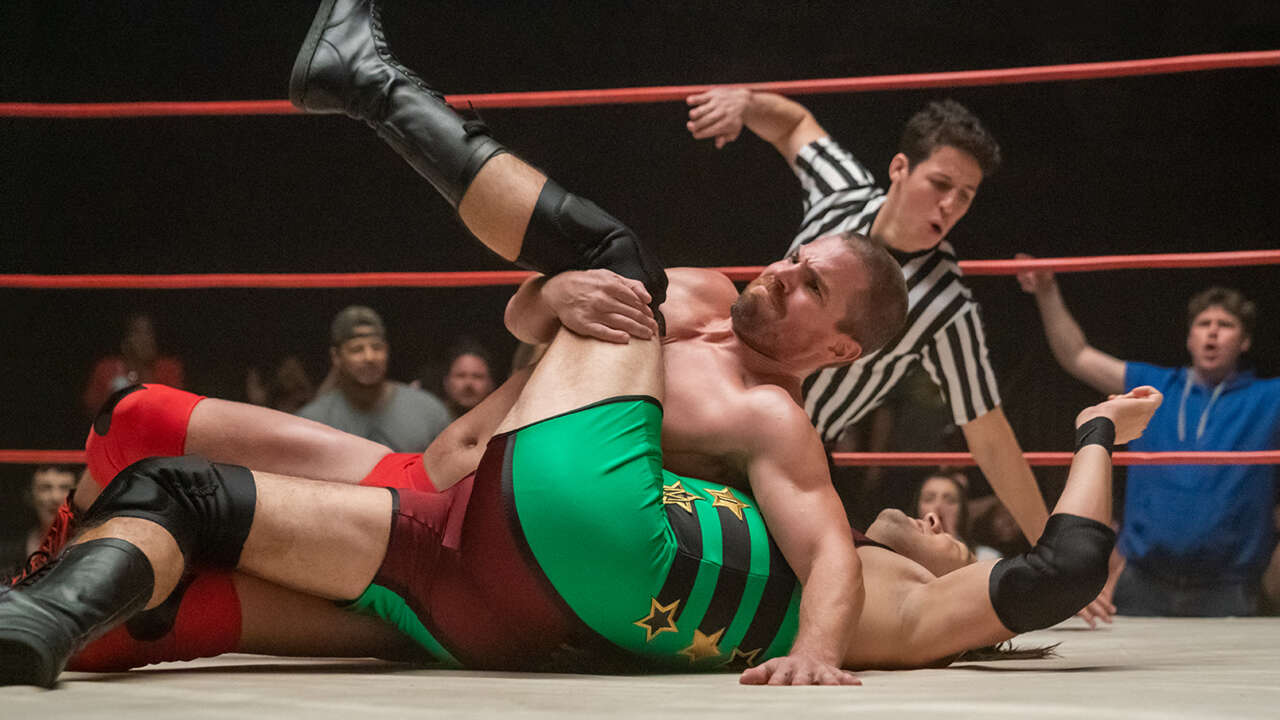 With Arrow behind him, Stephen Amell is ready to hit the wrestling ring in his new series Heels, which premieres Sunday, August 15 on Starz. The show is set in a small Georgia town and finds the actor as the promoter and star of a local professional wrestling group. Of course, Amell is no stranger to wrestling, having previously performed for WWE, Ring of Honor, and at All In. After training for Heels, though, he’s ready to make his return to the industry he loves.

Speaking to GameSpot about the series, Amell admitted that the wrestling training he did for Heels has prepared him for being an actual pro wrestler than anything he learned for his previous matches. “When we trained for SummerSlam or for the Ring of Honor show or for All In, you know, I was faking it,” the actor said. “It was so scripted and so controlled that it was really all about, like, ‘Just sort of fake it. See what you can get away with.’ And I had such great opponents for that.”

After months of training for Heels, plus a plethora of wrestling scenes in the series, he now feels more ready than ever for his squared circle return. “This time I got to put in the time in the gymnasium that they built for us on our soundstages,” Amell explained. “We had a ring and every day that I went to the gym, my warm-up would be–even if I wasn’t doing work in the ring that day–my warm-up would be running the ropes, and just bumping for five minutes, 10 minutes, to get a little bit of sweat going. And just doing that, just working on the basics like, like punching and locking up, that just that that just makes you better? Period.”

It also doesn’t hurt that he and the rest of the Heels cast initially got to train with Chavo Guerrero in Los Angeles. When production moved to Atlanta, Georgia, Guerrero didn’t make the trip, but thankfully there were plenty of other wrestlers to help them out.

“When we weren’t in the gym, we were in the wrestling ring being trained by pros that were currently wrestling in the south and they were on our stunt team as well–Luke Hawx, Brady Pierce… it was just an incredible group of people,” he said.

So while it was exciting to see Amell wrestle in front of crowds before, wrestling companies should take note that he’s been training and is ready for a comeback–and if the show’s a success, Ludwig wants to get booked with him. “If this show blows up and we get invited to do a match, there’s no way we could even say no,” he admitted.