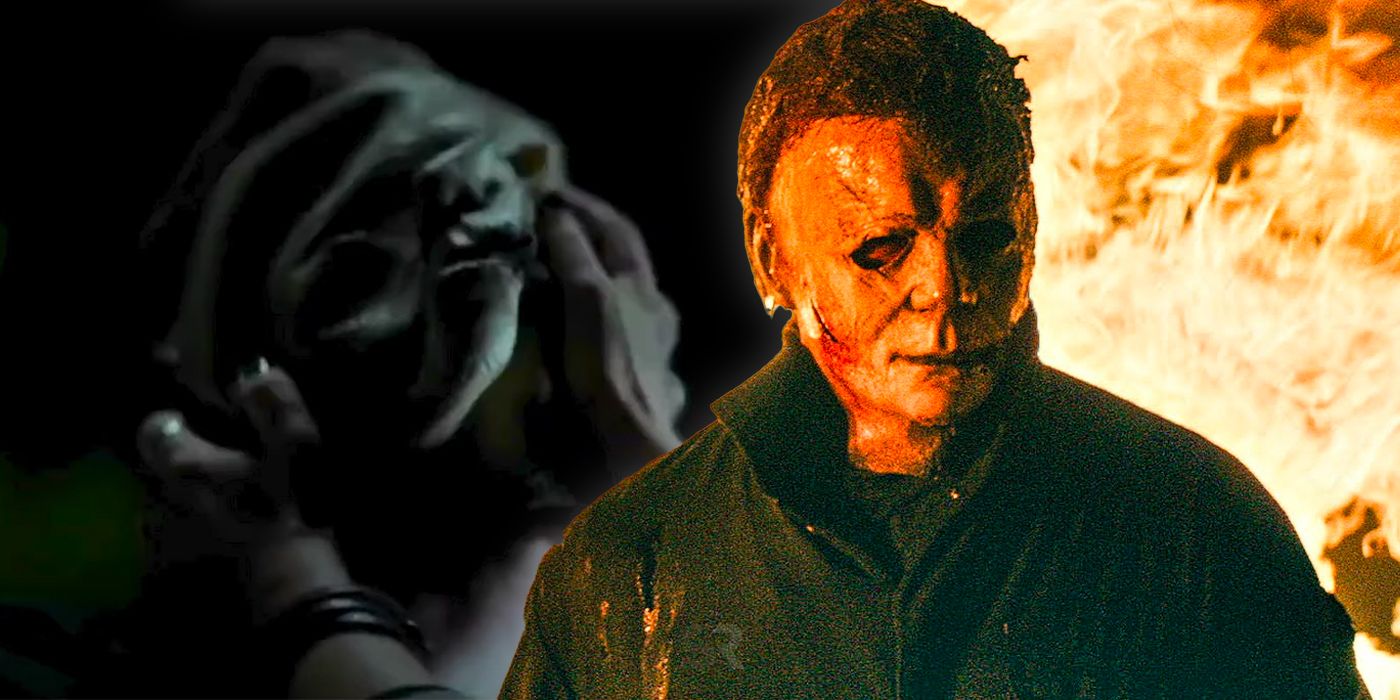 A new Halloween Kills teaser trailer shows a brief shot of Michael Myers’ mask being ripped off from his face as he attacks his victim.

A new video for Halloween Kills briefly shows Michael Myers’ mask being ripped off of his face. Halloween Kills picks up directly after 2018’s Halloween, a direct sequel set 40 years after John Carpenter’s original movie. This sequel is set to show the Strode family and the town of Haddonfield hunt down Michael Myers after he killed over a dozen people on Halloween night. Halloween Kills is about a month away and will be followed by Halloween Ends in 2022.

The Halloween Kills trailer has shown how gory and violent the sequel is going to be, but the marketing material has hinted at Michael Myers being unmasked in the film. One trailer includes Laurie saying, “I want to take his mask off and see the life leave his eyes,” and Karen (Laurie’s daughter) is even shown holding Michael’s mask in one shot. Michael Myers was unmasked for a good portion of 2018’s Halloween. After he escaped from Smith’s Grove Psychiatric Hospital he tracked down his mask, killing true-crime podcasters Aaron Korey and Dana Haines. The emotionless mask has become an iconic image of the franchise, yet it looks like part of Halloween Kills could show Michael’s real face.

A new teaser trailer posted by the official Halloween Kills Twitter account shows someone lifting Michael’s mask off. The video was mainly released to announce Halloween Kills is coming to Peacock the same day it hits theaters, but it also provides some new footage from the movie. The blink and you miss it shot shows a woman grabbing at Michael’s face as she is attacked. Check out the full video below:

Even before 2018, Michael Myers had been unmasked a few times in the series. The first came in 1978 when Laurie pulled his mask off as she tried to escape. Halloween 5: The Revenge of Michael Myers in 1989 also briefly showed the killer’s face as he prepared to murder his young niece Jamie. Rob Zombie’s Halloween also included an adult Michael Myers without his mask, as well as the sequel, where he was unmasked for a good portion of the film. With that being a point of controversy for Zombie’s films, it’s possible Halloween Kills could see backlash if it features a clear shot of his face.

The previously released trailer may indicate Karen removes Michael’s mask, but the woman in the above teaser appears to be Lindsey Wallace, played by returning star Kyle Richards. The first full Halloween Kills trailer very briefly showed Michael attacking Lindsey Wallace, who is seen wearing nail polish and bracelets. Seeing a Strode unmask the Shape would be satisfying to see, but with Lindsey being terrorized by Michael when she was a child, it would make sense to have her character be the one to unmask him. Allowing Lindsey to see the killer’s face before she dies could also be an emotional end to the veteran actress’ character arc.

More: Why Halloween Kills Is Unmasking Michael Myers (& What It Means)

Christopher is a news writer, editor, and trainer at Screen Rant. He graduated from Rock Valley College in 2018 with an Associate of Arts degree and a Media Production Specialist certificate.

After running his own movie blog for over five years, Christopher joined the Screen Rant team in 2018 as a list writer. Christopher is a sucker for ‘80s horror and giant monster movies but has covered a wide range of topics during his employment at Screen Rant.