Halloween Horror Nights 2021 at Universal Studios Hollywood: Inside The Haunting of Hill House and Bride of Frankenstein Lives Mazes 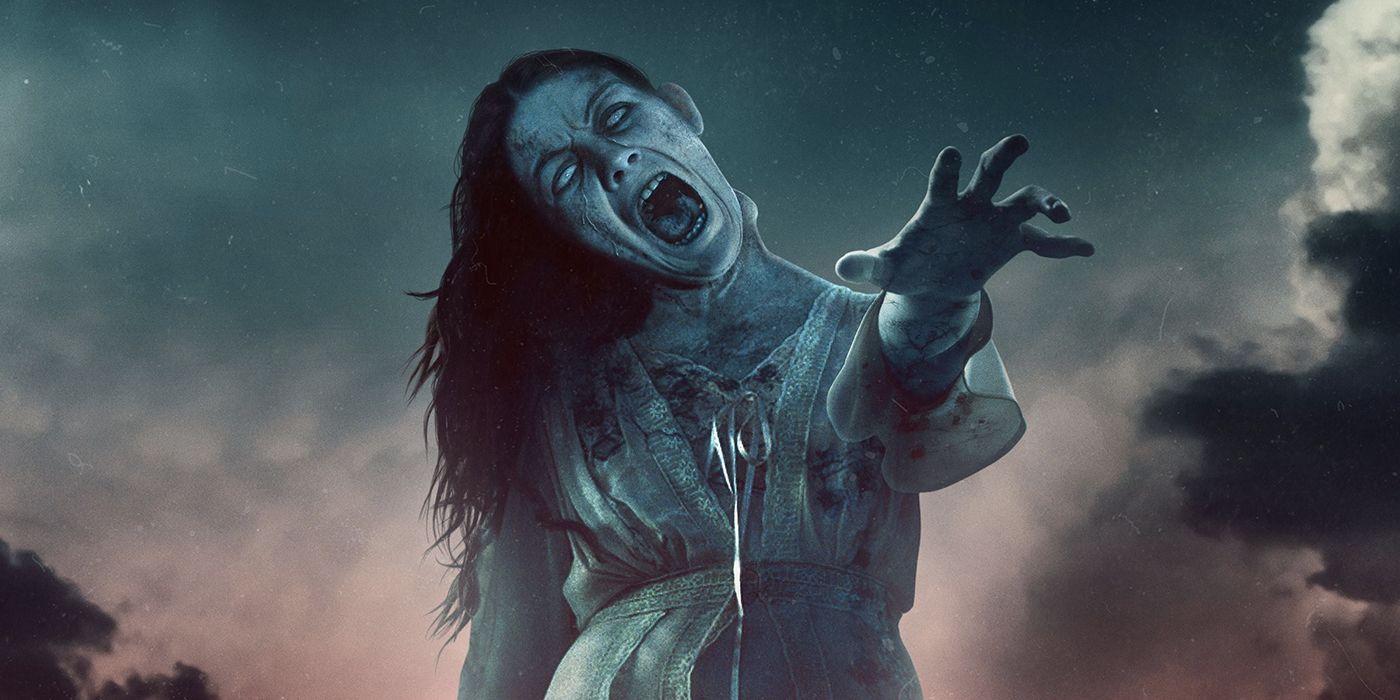 When the COVID pandemic led to the cancellation of Halloween Horror Nights in 2020, not only were the event’s legion of devoted fans disappointed, but so was the creative team that puts their blood, sweat and endless hours into making it such a memorable annual experience. But things are officially back on for 2021 and with the Halloween season officially upon us, the scary shenanigans are back at Universal Studios Hollywood, while also following all current safety precautions.

On select nights from September 9th through October 31st, guests will be able to check out mazes for the Netflix series The Haunting of Hill House, Universal Monsters: The Bride of Frankenstein Lives, The Texas Chainsaw Massacre, The Exorcist, Halloween 4: The Return of Michael Myers, and The Curse of Pandora’s Box. The event also includes the return of The Walking Dead immersive experience, the Terror Tram which will be themed for The Purge, three scare zones – Silver Scream Queenz, Chainsaw Rangers and Demon City, and the Jabbawockeez live show.

Collider, along with a handful of other press outlets, was recently invited to preview the mazes for The Haunting of Hill House and The Bride of Frankenstein Lives to find out what went into bringing the stories to life. After taking a tour with Halloween Horror Nights creative director John Murdy, we’ve compiled the highlights and some cool details that you should know and included some photos to give you an idea of what to expect and look out for.

• This year, HHN is a mix of experiences that were planned for last year, before it was canceled due to the pandemic, and experiences that have been newly created. The Haunting of Hill House maze is one of the mazes that’s been carried over, but most of the build was done specifically for this year. Texas Chainsaw Massacre had been fully built. Some mazes they decided not to carry over from 2020 to 2021, but might still do so, in the future. They started working on the plans for 2022 about five months ago.

• Show creator Mike Flanagan has walked through and previewed the maze. Walking through the maze, Flanagan said that he felt like he was on the set of the show. He wasn’t interested in any tweaks or changes being made to anything. As a fan of HHN, he’d been wanting one of his properties to be included, and there had been discussions in the past, but this is the first time it’s worked out. Everyone from Guillermo del Toro to Jordan Peele, all of the creators who have participated in their film or TV properties being a part of the event have been really enthusiastic about the experience because they’re excited about seeing the interaction from a live audience of guests.

• One of the biggest challenges of this specific maze was the scenic aspects and details of the house. The experience of creating the design and making it work for a maze was similar to the way they approached the Crimson Peak maze.

• To stay true to the TV series, the maze is a slow burn that builds, in the way the events unfold, with some moments being very subtle. They make use of theatrical scrims, especially for when it comes to seeing the ghosts appear and reappear throughout. This particular maze also has a heavy emotional component, but the focus is on scaring people.

• With everything that everybody has been through with the pandemic, in the last two years, there’s a pent-up hunger for fans to get to experience events like this again, especially after the cancellation of the 2020 event. The fundamentals of the event haven’t changed, but like the theme park, they will be following the safety guidelines of the county and the city.

• Everything you see in the maze was sourced from the show itself. Every wallpaper was straight out of the production. If you stare at some of the wallpaper, you will see faces in the design.

• As you keep going deeper into the house, you hear telltale signs of the fact that this is a house that’s haunted. You’ll hear the dogs barking in the distance, a freak rain and thunderstorm with hail hitting the window, and you’ll hear pounding on the walls.

• Another challenge of this specific maze was some of the characters, like the Bent Neck Lady. They couldn’t ask an actor to do that themselves for seven hours, so they had to come up with a way to create that effect. The way they’re doing the Bent Neck Lady is that the actress will be wearing an artificial head with a severely broken neck and a black ninja hood that is the same background as the material she’ll be standing against. That way, when they light it, they can make her face disappear and you’ll see the extreme broken neck. You’ll also see the Bent Neck Lady in another scene, hanging over Nell, but that version of the character is not a live actress wearing a fake head.

• You’ll also meet the Tall Man, or the Bowler Hat Man, in the maze. That actor will have a camera that’s on the audience with a monitor, so that he can see you coming, even though you can’t see him hidden around the corner. The Tall Man will be a stilt walker that’s about 8 feet tall, and he’ll be reaching out at guests as they pass by.

• In the series, how the house looked at any given time was the way you determined whether you were in the past or the present. When it was rundown with vines growing everywhere, you knew you were in the present, and if it looked like how they were restoring it, it was in the past. To represent that, in one of the maze hallways, it looks like you’re in the past when the house is all fixed up. And then, the entire wall disappears and you see Poppy, the 1920s Flapper Girl ghost, and she’s walking alongside you saying, “They’re killing them. They’re killing all of them. They’re gonna take them into the dark place.” And then, the wall restores itself and goes back to normal.

• For the statue room, they weren’t able to turn to their own prop house facility because they didn’t have anything that looked the specific way they needed it to. As a result, they had to have everything sculpted. They did add one previously existing additional sculpture to that room from the La Llorona maze.

• The prop team has to go through all of the mazes to check all labels and brands because everything has to be custom created. They have to have their own brand for everything, from rat poison to cigarettes to canned goods.

• The maze is book-ended by the red door. At the beginning of the maze, the red door is closed and you can’t get into the room. At the end of the maze, you can enter the red room. Olivia is in the corner of the room, and when she turns, you can see that she has a split head with her brain exposed and the room transforms with the hidden ghosts.

• After the main final scare of the maze, there are still three additional scares. One of those last scares is a Pepper’s Ghost illusion with Nell hanging by a noose and swinging back and forth mechanically, before disappearing, and then reappearing as the Bent Neck Lady.

• When they did the Universal Monsters maze in 2018, they used the castle as part of the maze. They didn’t want to redo that, and since The Bride of Frankenstein Lives maze is an original sequel, they wanted to have callbacks to the 1935 film. You step into the book and the maze starts at the very end of the 1935 film, following a series of chapters as visual cues, with the artwork designed by Lucas Culshaw. Culshaw also designed the postcards for the different seasons of the year for 2019 Holidayz in Hell maze.

• The start of the maze is the key image from the end of The Bride of Frankenstein. It says “We belong dead,” with the Monster and The Bride on the ride side. The cameo frame for the Bride that’s on the left side is very Victorian inspired with references to her story in it. The publishers listed – Williams, Culshaw, Murdoch, Hudson & Quinealty – is an Easter egg Chris Williams, the art director, Lucas Culshaw, the artist for the maze, John Murdy, the creative director of HHN, Saul Hudson, because Slash did the original score for the maze, and Stacey Quinealty, who does the audio design.

• The Bride is only in 5-7 minutes of The Bride of Frankenstein, and you never see her again, in any of the other Universal Monster movies. Almost 90 years later, she’s still a popular character and pop culture icon. She’s essentially a victim that didn’t ask to be born, and then the Monster decided to kill them both.

• The Bride learns to talk and speaks in the maze, so there are bits of narration. At the beginning, you hear The Bride say, “My story begins where his story ends, but monsters never truly die.” In the explosion of the castle, the Monster didn’t fare so well and is practically devoid of life, but The Bride survived, even though she’s badly burned on one side of her face and her hair and gown are scorched.

• When The Bride learns that the Monster is barely alive, she decides she’s going to save him because he was the only one who ever showed any kindness to her, ever. She realizes that he’s like her – an artificial life form of bodies stitched together – and she wants to bring him back to life. She runs into Dracula’s three brides, and when she realizes that vampire blood means eternal life, she pursues them in order to harvest their blood.

• Because the Monster’s legs were so messed up, he becomes legless. As The Bride reassembles him, she forgets to put the head cap back on him, so his brain is exposed. And since he lost his legs, he’s now been fitted with stilts and is an 8-foot tall stilt-walker.

• They decided to connect a scare zone to the maze, with Silver Scream Queenz, to continue the experience. That will utilize some lesser known Universal Monster movie characters including Dracula’s Daughter, She-Wolf of London and the Egyptian princess Anck-Su-Namun. They have created their own versions of the character, and will have young and old versions of each. They’ve even created fake trailers for all of the movies, set in the old style of the ‘30s and ‘40s trailers.

Check out some more images below.

The event will be available at Universal Studios’ Orlando location, and the Hollywood location as well.