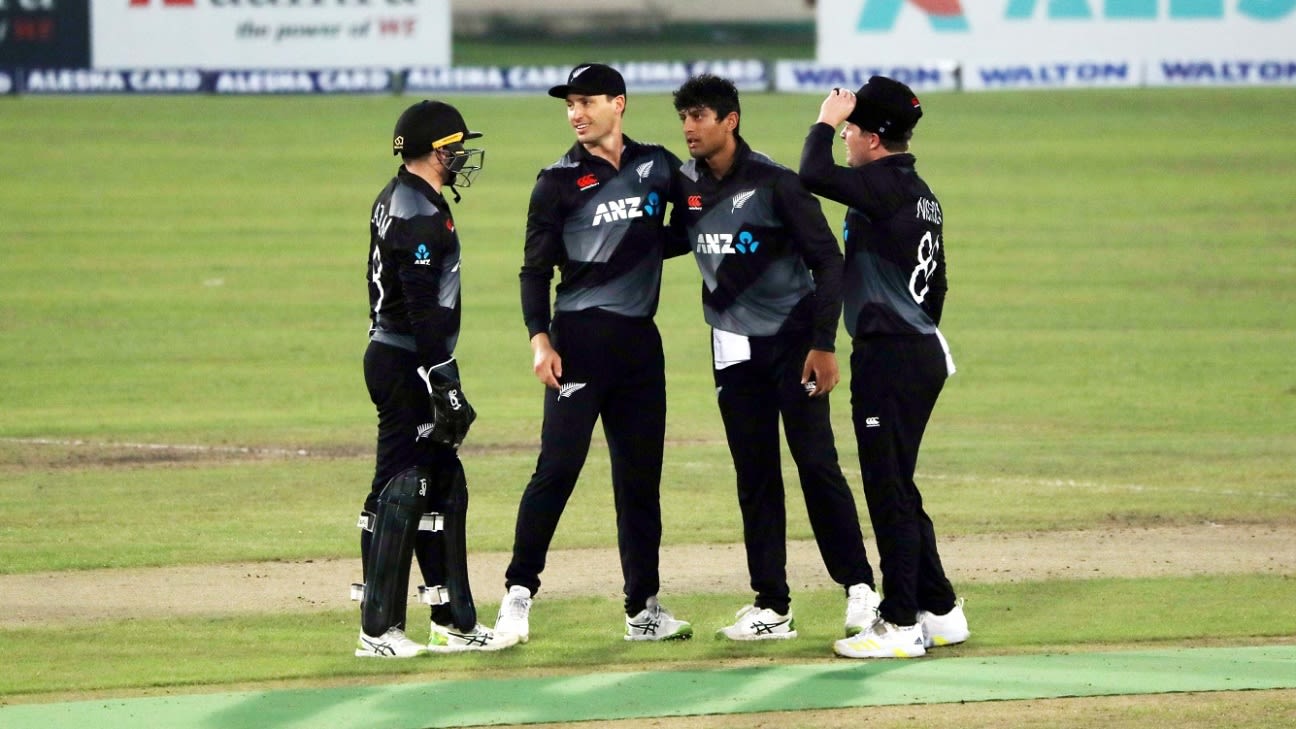 Glenn Pocknall is used to winning T20s. His side, the Wellington Firebirds, has won the Super Smash the last two seasons. But in his first two games as New Zealand coach, he oversaw two contrasting defeats. Then, in the third T20I, a second-string New Zealand stunned a full-strength Bangladesh in tricky conditions in Dhaka. And Pocknall couldn’t be happier.

“Oh! It’s amazing,” he said. “It was a pretty special feeling just because the guys have been working so hard and having such good conversations around the way we want to play the game. So to execute all the things that we’ve spoken about was so pleasing, and [I am] so proud of the guys to do what they did the other night because it [Bangladesh] is a challenging place to play. These guys have shown that if you put everything together, then anything is possible. That’s exciting, moving forward.”

A lot has been made of the conditions favouring the home team at the Shere Bangla National stadium, but the top-three wicket-takers in the series so far have been the spinners from the opposition camp. Ajaz Patel leads the way with six strikes, while Cole McConchie and Rachin Ravindra have five each.

“They’ve had a fantastic record not just against us, but also against every other team in the world [at home],” Pocknall said. “So for them to lose, they’ll come back pretty strong and they’ll be hurting from that [loss]. We’re certainly prepared for a backlash from them, but we’re going to fight fire with fire, so to speak, and we’re certainly up for it as well.”

Pocknall equated the T20 middle overs on these tracks to the fairly quiet ODI middle overs in general, calling for application over aggression. Henry Nicholls and Tom Blundell showed plenty of that during their 66-run stand, which boosted New Zealand to 128 for 5 in the third match.

“It’s almost like the middle overs of a 50-over game if you are picking up three-four an over with minimal risk and creating a partnership, which is giving you a little bit of time at the end,” Pocknall said. “They executed that perfectly. So two inexperienced guys at this level in this format, but they’ve played a lot of cricket in other formats both for New Zealand and domestically, so that experience shone through.”

That partnership and Latham’s maiden T20I half-century aside, New Zealand’s batting line-up is yet to deliver. But Pocknall isn’t too perturbed by that, and his message to the out-of-form players is to back their game despite failures.

“It’s a fine line but it’s about having belief in their method,” Pocknall said. “You are going to fail a lot more than you succeed in Twenty20, so having belief and trust in your method… just trying to instill in them as often as we can. They’ll all have their day and a lot of them have had their days so far in the first three matches. I thought that’s what we are looking to do moving forward, if we are going to have more of our players having their day then we will be in a good position tomorrow night.”

Despite playing three matches in five days, New Zealand have no fitness concerns and Pocknall credited NZC’s preparatory camps in Lincoln and Mount Maunganui for tuning them up to face the hot and humid conditions in Dhaka.

“Everyone is raring to go and 100% fit,” Pocknall said. “[During] a tour of the subcontinent, you can expect the guys to drop sometimes, but the guys have put a huge amount of effort in terms of S&C [Strength and Conditioning] before they left and training-wise at the marquee. We’re seeing the benefits of that now, with a fit squad to select from.”