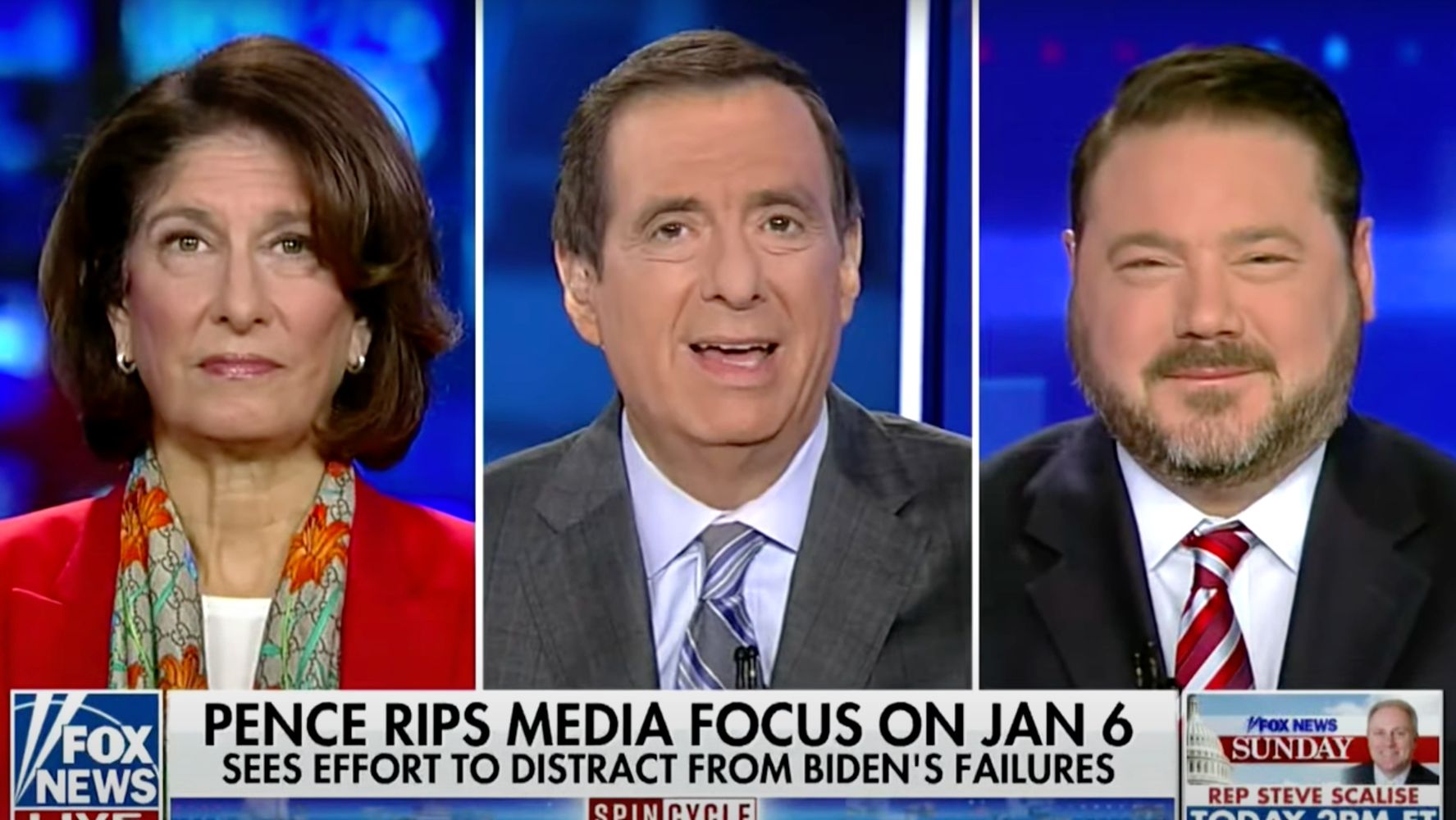 Fox News personalities slammed former Vice President Mike Pence on Sunday for comments he made on the network nearly a week earlier that whitewashed the violent Jan. 6 insurrection at the U.S. Capitol.

During an appearance on Sean Hannity’s program last Monday, Pence claimed the media wanted to distract from “the Biden administration’s failed agenda by focusing on one day in January.”

“They want to use that one day to try and demean the character and intentions of 74 million Americans who believe we could be strong again and prosperous again and supported our administration in 2016 and 2020,” Pence said.

On Sunday, “MediaBuzz” host Howard Kurtz said that describing the events of Jan. 6 as ”‘one day in January’ was kind of like calling 9/11 one day in September.”

Kurtz asked Fox News contributor Mara Liasson if she believed the media was deliberately reporting on the attack to distract from any missteps the Biden administration was making.

“I think there has been tremendous coverage of Joe Biden’s considerable woes. I think the media has been like a dog with a bone on that,” Liasson said, pointing to coverage of his handling of Afghanistan, the debt ceiling and the hangup with his economic agenda.

“The other thing that Mike Pence said which I think it’s absolutely false is to say that by focusing on Jan. 6 ― the most violent insurrection against the Capitol in over 100 years ― somehow is denigrating the 74 million people who voted for Donald Trump,” she added. “That’s just completely false.”

On Jan. 6, Trump supporters chanted for Pence to be hanged after then-president Trump publicly attacked him for failing to overturn the 2020 election result in his favor. The riot occurred after months of relentless disinformation about election integrity and attacks on the American democratic process by Trump and his allies.

The media has continued to report on the events of Jan. 6 as more details emerge about how Trump used his presidential resources to foment the insurrection and hundreds of suspects were identified and charged over their roles in the breach of the Capitol.