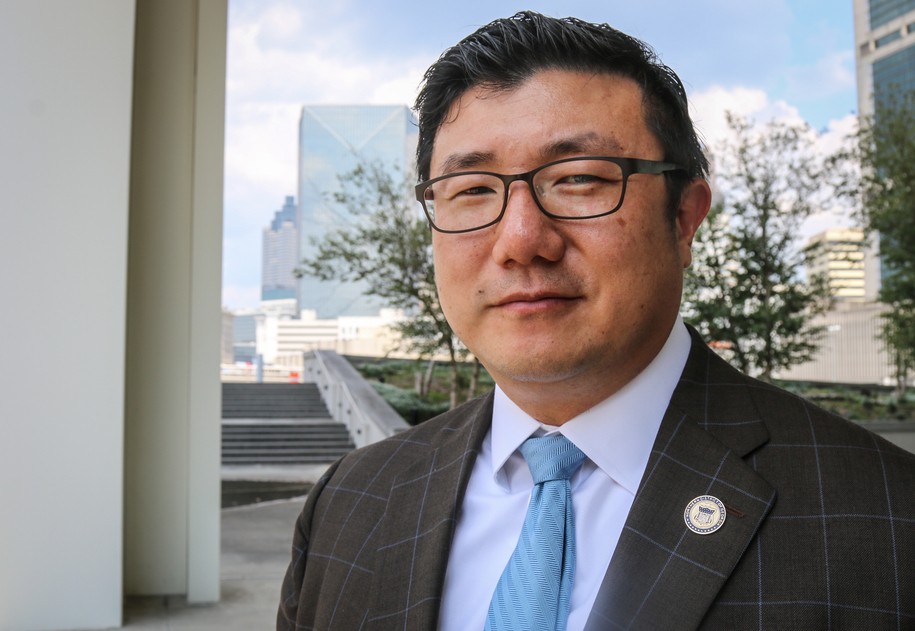 Back in January, it became clear that Pak had been a thorn in Trump’s plans. That’s because the first step in Trump’s efforts to overturn the election involved going to where he perceived legislators were most willing to cooperate—Georgia. As the U.S. attorney in Atlanta, Trump wanted Pak to participate in the plan, but Pak dug in his heels. Pak had already investigated claims of voter fraud in the state and found nothing; his refusal to go along became part of a heated discussion between Trump and acting Attorney General Jeffrey Rosen.

When Trump called to threaten Georgia Sec. of State Brad Raffensperger, he took time out to complain about Pak. Trump described Pak as a “never-Trumper U.S. attorney” in Georgia, and hinted to Raffensperger that once this never-Trumper was replaced, Raffensperger would have to go along with Trump’s plans or face literally trumped-up charges.

Two days after that call, Pak resigned, which must have left Raffensperger shaken. Now, as The New York Times reports, Pak has testified in closed session and made it clear that he resigned because officials in the Justice Department warned him that, unless he went along with lies about “widespread voter fraud” in Georgia, Trump was going to fire him.

Trump’s mention of Pak in that phone call, and in discussions with Rosen, has suggested that he may have spoken with Pak directly, though that remains unclear. What is clear is that, after Trump’s complaints about Pak became a centerpiece of a DOJ meeting, officials reached out to Pak to warn him that Trump was still “fixated” on Georgia, and intended to fire Pak so he could put in someone who would support his lies. Rather than be fired, Pak resigned.

Trump then held a weekend meeting with Clark in which they sketched out the next steps in the scheme: replace Pak with someone more cooperative, replace Rosen with Clark, use the DOJ to invite Georgia to choose new electors, get that note off to the Supreme Court, and then do everything possible to prevent Congress from moving forward in certifying the vote.

Clark then smugly went to Rosen, told him he was being replaced, and extended the offer of allowing Rosen to stay around as his deputy. Rosen refused to go along quietly and demanded a meeting with Trump. That delayed the scheme for a few hours.

And in those few hours came news that Sec. of State Raffensperger had recorded his conversation with Trump. That recording was released, broadcasting Trump’s threats and his efforts to strongarm Raffensperger into “finding” votes. By the time Trump, Rosen, and Clark gathered, the audio of Trump’s call had made it clear any claims of legitimate fraud were fabricated, and that Trump was going against the findings of both Republican state officials and a U.S. attorney he had appointed.

The men argued for three hours, but Trump reluctantly backed away from firing Rosen and halted the letters to Georgia and the Supreme Court. But it came that close.

If Raffensperger’s recording had not been released, there appears to be little doubt that Trump would have gone forward with the plan. And there is absolutely no way to be sure that plan would have failed.

Rosen has already given seven hours of testimony to the Senate Judiciary Committee and made an appearance before the House Oversight Committee. Now Pak has made his position clear. The Senate committee has yet to decide whether it will call on Clark. Clark’s role as Trump’s direct co-conspirator in the failed coup makes him the best source of information when it comes to the details, but also makes him the most likely to start waving an “executive privilege” flag.

But then, Clark already has a happily-ever-after story. After leaving the Justice Department, the Koch-funded “New Civil Liberties Alliance” hired Clark as their new Chief of Litigation and Director of Strategy. His first focus: opposing mask and vaccine mandates. Because an unlicensed attorney’s work is never done.