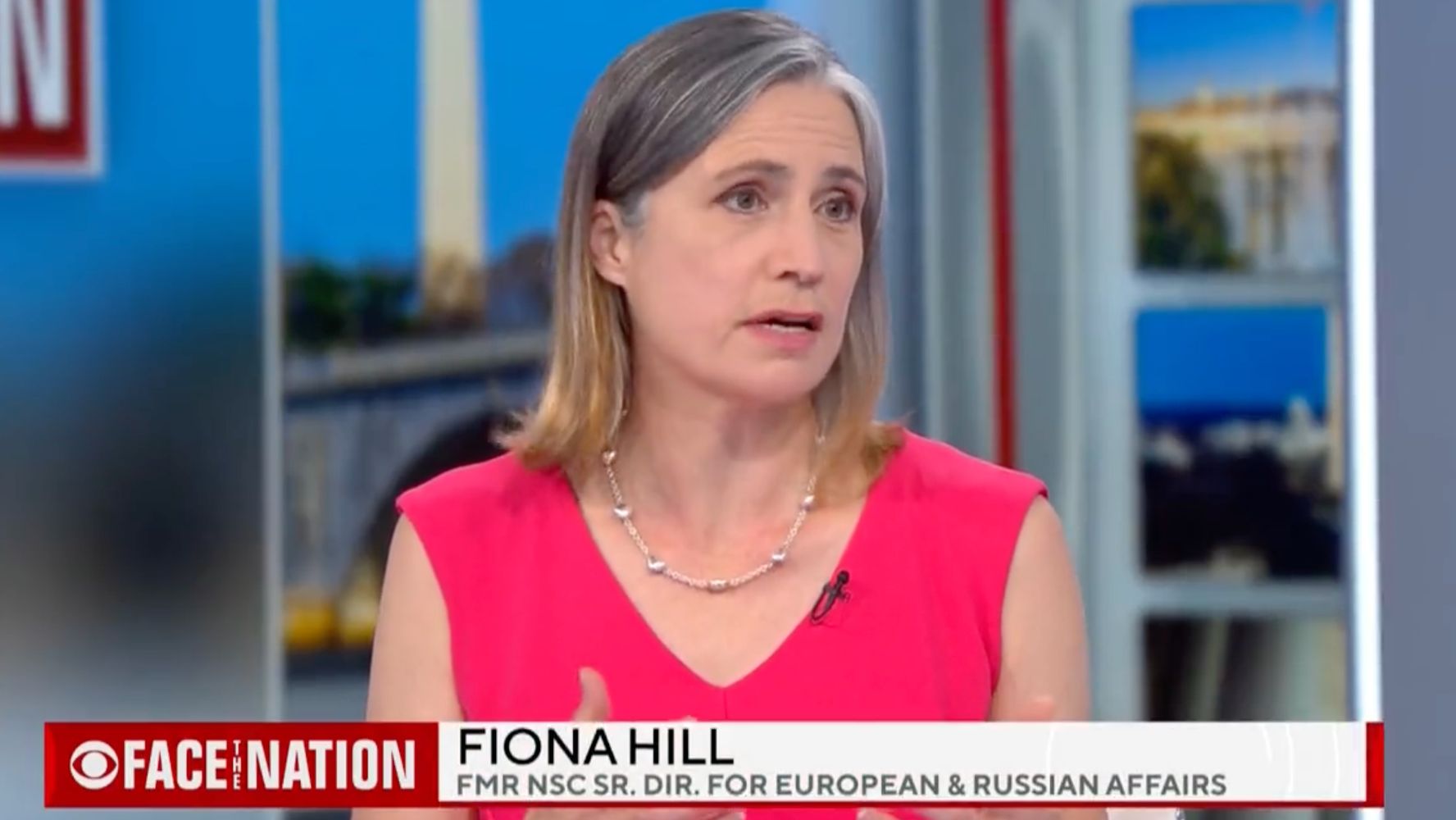 “This was, in effect, a dress rehearsal for something that could be happening in the near term in 2022, 2024,” Hill told Margaret Brennan on “Face the Nation.” “We’ve got election cycles here that will heighten the tensions. And once people start talking about violence, once the threshold is crossed, we’re in a danger zone.”

Hill was responding to a question Brennan posed based on Robert Costa and Bob Woodward’s new book, “Peril,” which quotes Gen. Mark Milley, the chairman of the Joint Chiefs of Staff, comparing the Jan. 6 attack to “the great dress rehearsal” ― a term former Soviet Union Premier and Russian Marxist revolutionary Vladimir Lenin called the 1905 uprising that preceded the 1917 Russian Revolution.

“I mean, he, the general, is saying that this is a precursor potentially to further violence? Is this overstating things in a historical sense?” Brennan asked Hill, who was the National Security Council’s top Russia expert.

Fiona Hill on Gen. Mark Milley’s quote saying the insurrection was a precursor to more violence: “He’s not overstating this at all.”

Hill adds the Jan. 6 was “a dress rehearsal for something that could be happening near term…Once a threshold is crossed, we’re in a danger zone” pic.twitter.com/0CMpXXQsbs

“He’s not overstating it at all, because we all saw in real time what happened on Jan. 6 at the Capitol building, and Gen. Milley was absolutely right,” Hill said. “Any student of history — but any observer of even American politics over the last decade, I mean when have we seen something like this before? We haven’t, not in our lifetimes. We’ve seen episodes, you know, particularly during the civil rights movement and of course during Vietnam, where there were protests ― but storming the Capitol building of the United States?

The national security expert noted that former Vice President Mike Pence has himself been downplaying the attack, despite many rioters on Jan. 6 vocalizing their intent to hang him for certifying the election results. Hill said that by discounting the insurrection and denying its severity, “The next time around, you get the real thing where people actually do seize those major buildings.”

Hill, who testified in 2019 during the first impeachment hearings against Trump, said that many Republicans who are downplaying the insurrection don’t have personal experience of their governments being threatened or overthrown.

“All the people that I know who are immigrants are looking around saying, ‘Can’t people see this? We’ve come from war torn societies. All of the hallmarks are here.’ So perhaps, you know, Americans should talk to some of their neighbors who’ve come from somewhere else and came to the United States to flee just this kind of occurrence and have them tell them what their personal experience was.”