Everything You Need to Know Before ‘Batwoman’ Season 3 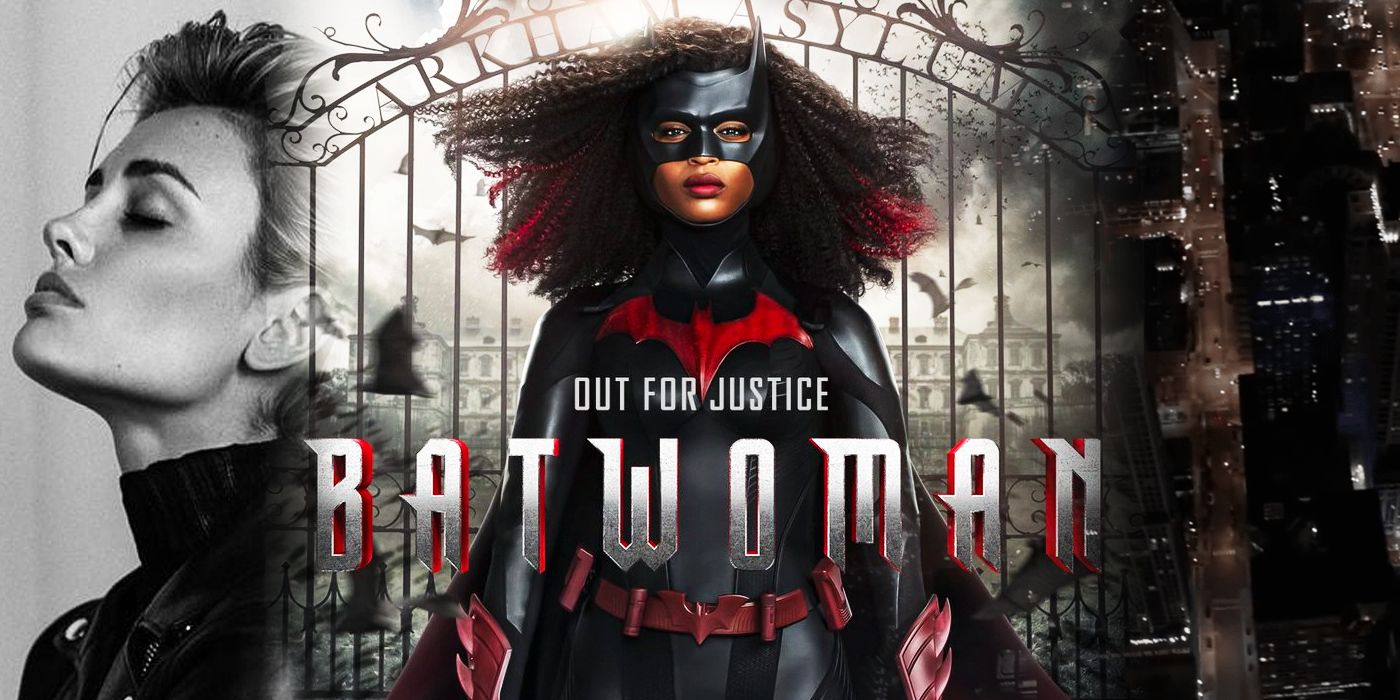 The third season of Batwoman is almost here, and there’s a lot to catch up on. While Season 2 was a time of transition for the CWVerse show, Batwoman has soared to new heights and looks to be settling in with a third go-around. After the first season concluded, fans were shocked to hear that lead actor Ruby Rose was exiting the show. It seemed impossible to imagine Batwoman without Kate Kane, but the showrunners made it work.

For those of us trying to keep track of which characters are returning and who the latest arrivals to Gotham will be, we’ve created this guide on everything we know so far about the upcoming Batwoman season.

Who’s Returning and Who Isn’t?

Javicia Leslie, aka Ryan Wilder, aka Batwoman 2.0. She’s settled into her role as Gotham’s Scarlet Knight and no longer feels like she’s still in Kate Kane’s shadow. Ryan fights for the little guy in Gotham, and even supported a community center to help marginalised groups. She spent her childhood in foster care, before being adopted. But then her mother was killed by the Wonderland gang. Bad luck followed Ryan. She was imprisoned for a crime she didn’t commit (she was protecting her then-girlfriend) and that led to homelessness and unemployment. Ryan is no longer on parole and she’s found a new home in the Batcave. But Ryan still has a tough road ahead of her. She learned a secret about her past at the end of Season 2—her biological mother may still be alive. Will Ryan try to find her?

Fighting alongside Ryan will be Luke Fox/Batwing. Camrus Johnson has played the role of the earnest nerd on the show, before a life-changing event made Luke want to join in the action. Luke found an old prototype suit created by his father, Lucius Fox, and has now become a new hero for Gotham. In the new season, Luke is going to be learning the ropes of being a superhero, and he’ll discover that it’s not as easy as it looks. Good thing he has Ryan around to mentor him.

Completing the Team Batwoman trio is Nicole Kang | as Mary Hamilton. Mary is a medical student who ran a secret clinic to help the neglected in Gotham. She’s gone legit now, but that hasn’t stopped her from helping those in need. Mary’s bubbly, vivacious personality effortlessly masks all the pain and trauma she’s suffered. She needs some big wins this coming season, starting with her graduation from medical school.

As villains go, Rachel Skarsten as Beth Kane/Alice is compelling and scene-stealing. Despite all the murder and mayhem she’s caused, we still keep rooting for Alice. She had only just been reunited with her beloved twin sister Kate before being torn away from her. When we saw her last, Alice was imprisoned in Arkham Asylum once again. But it doesn’t look like she’ll be in there for long.

Rounding out the main cast is Meagan Tandy as Sophie Moore. Initially introduced as Kate Kane’s ex-girlfriend, Sophie has developed into the voice of reason on the show. Sophie was second-in-command of the Crows, before corruption and racism made it impossible for her to do her job. Sophie walked away from the Crows, but is she going to be a full-time member of Team Batwoman? She and Ryan have a lot of chemistry between them, and according to the season synopsis, Sophie’s going to be part of an interesting love triangle. I wonder with whom.

RELATED: How Ryan Wilder Has Improved ‘Batwoman’ and the Arrowverse

Wallis Day has seemingly bid farewell to Kate Kane. Day took on the role after Rose’s exit—in an effort to conclude Kate’s story. Kate was badly burned in a fight and tortured by Roman Sionis/Black Mask’s people. She was tricked into believing she was Roman’s daughter, Circe Sionis, before Alice discovered the truth and helped Kate find herself. After reuniting with Team Batwoman, Kate left Gotham to search for her cousin Bruce Wayne, who had disappeared years ago. It doesn’t look like she’ll be back, so Kate Kane’s journey appears to be over.

Dougray Scott also won’t be back as former Crows Commander, Jacob Kane. Father of Kate and Beth, Jacob struggled with all the death, loss and secrets in his family. Add to that, the rampant corruption in the Crows meant he had to dissolve the unit. Jacob was last seen in prison—for helping Alice—and was set to be transferred to Metropolis for trial. Showrunner Caroline Dries said that with Kate Kane’s departure, Jacob Kane’s story had also run its course.

Who Are the New Characters?

Batwoman Season 3 has already announced several new cast members who will be joining the CWVerse show.

Robin Givens will be playing Jada Jet, the CEO of Jet Industries in Gotham City. We don’t yet know what the company does but Jada Jet is described as a hard-working and determined super mogul who is very protective of her son. There isn’t much information beyond that but that hasn’t stopped speculation about how Jada is connected to Team Batwoman, particularly to Ryan Wilder.

Nick Creegan is joining as Marquis Jet, a ne’er-do-well, who’s used to living it up in the lap of luxury. He’s a charming playboy who wants to make his own mark. Something tells us, this kind of attitude doesn’t sit well with his mother. He bonds with Ryan, but we will have to wait and find out if their connection runs deeper.

Victoria Cartagena is already a familiar face for DC fans—she played Renee Montoya on Gotham. And she’s going to be reprising the role on Batwoman. Despite the same actor taking on the role, this Renee will be decidedly different. She has stopped being a Gotham PD detective because of corruption and instead has a professional, as well as personal, interest in cleaning up the city. Her new role will be as head of an X-Files-esqe department.

And finally, Bridget Regan will be the latest actor to play a live-action version of Pamela Isley/Poison Ivy. The eco-terrorist and famous Batman villain will be wreaking vengeance on Gotham in Batwoman Season 3. The character’s origin story is similar to the comic book source material—she was a researcher who was experimented on and turned into the villain Poison Ivy. But all that is in the past now and Ivy will resurface from a blank slate.

What Can We Expect?

So far, the Batwoman creators haven’t revealed much about the new season. We know that Ryan will have to decide whether to find her mother or not. With Alice dropping the bombshell on Ryan that her birth mother is alive, it could well be that Jada is Ryan’s mother. This being Gotham, it’s also likely that Ryan and Jada will end up on opposite sides.

Jet and her son Marquis will be involved with Wayne Enterprises, but it isn’t clear how that will affect Team Batwoman.

At the end of Season 2, Batman’s collection of villain memorabilia—Bat Trophies—had washed up on the shore of Gotham, which means viewers will be able to see new and interesting versions of Batman’s rogues gallery. Renee Montoya will be in charge of retrieving those items, though she’ll need to work fast. The third season premiere episode is titled “Mad As a Hatter” and will feature an “Alice admirer” stealing the Mad Hatter’s hat.

Among the Bat Trophies were some unnatural vines crawling out of Gotham harbor onto the city’s shores, portending the arrival of Season 3 villain, Poison Ivy. She is out for vengeance and Team Batwoman will have their work cut out for them.

The second season of Batwoman was a poignant reflection on the struggles in the US, especially the many forms of systemic racism. It was a great foundation for the third season to build off.

Batwoman Season 3 will premiere on Wednesday, October 13th on The CW.

KEEP READING: ‘Batwoman’: Why Kate Kane Has Been Holding Alice Back

The sets were revealed at Walmart’s Collector Con panel at this year’s New York Comic Con.

Monita is the Marketing Manager of The Walrus by day and an entertainment writer by night. Her bylines have appeared on Fansided websites Bam Smack Pow and Show Snob, as well as on Vocal and Women Write About Comics. She is also the co-host of the pop culture podcast, Stereo Geeks.