Everything You Need To Know About The Kissing Booth 3 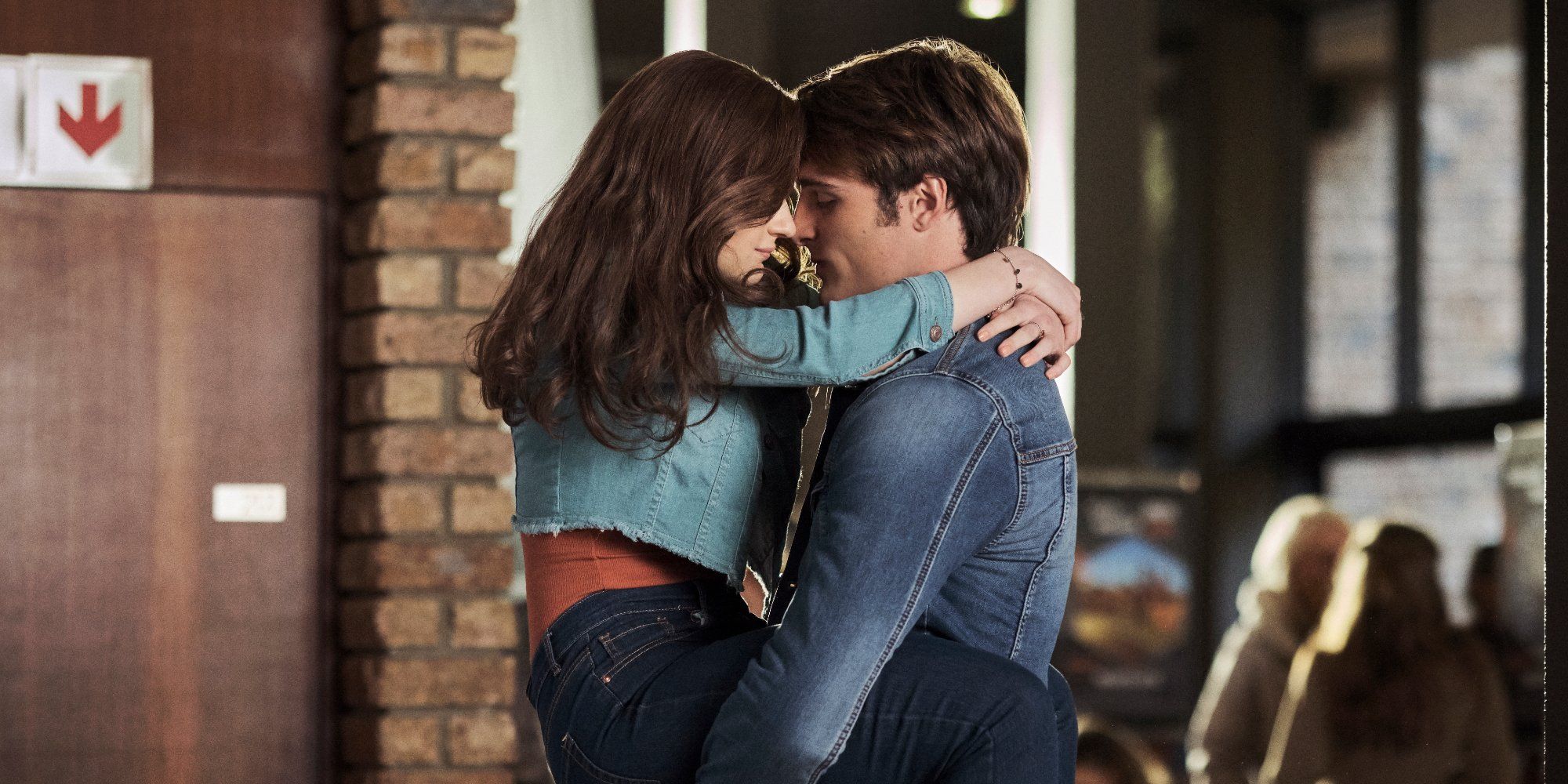 Netflix’s The Kissing Booth 3 is out now. Here’s everything you need to know about part 3 of the romantic comedy movie series.

Netflix’s The Kissing Booth 3 is almost here, but when exactly does it release, and what will the storyline be? Based on Beth Reekles’ book series of the same name, the movie franchise stars Joey King as a lovestruck Los Angeles teenager preparing for the next chapter in her life. The Kissing Booth initially premiered in 2018, and The Kissing Booth 2 released on July 24, 2020.

In The Kissing Booth 2, Elle Evans (King) attempts to earn college money by entering a Dance Dance Mania competition. She aims to win the $50,000 grand prize, which could potentially allow her to attend Harvard University with her slightly-older beau, Noah Flynn (Jacob Elordi). When Elle’s best friend, Lee Flynn (Joel Courtney), fakes an injury and seemingly can’t participate in the contest, new school transfer Marco (Taylor Perez) steps in, with the twist being that he’s the current DDM record holder at the local arcade. Meanwhile, Elle struggles with uncertain feelings about her romance with Noah, as he’s befriended an attractive Harvard student named Chloe (Maisie Richardson-Sellers). The Kissing Booth 2 was directed, written and produced by Vince Marcello, who adapted the source material for Netflix with Jay Arnold.

The Kissing Booth 2 culminates with a series of unfortunate events that causes major friction between the focal teenagers. Lee receives a tongue-lashing from girlfriend Rachel (Meganne Young), and Elle ends up kissing Marco onstage at the DDM competition, unaware that Noah is in the audience. The Netflix film ends with some narrative clarity, but poses new questions that Elle must now address. Here’s everything we expect for The Kissing Booth 3.

The Kissing Booth released in May 2018, and The Kissing Booth 2 released in July 2020. Despite the coronavirus pandemic complicated matters, Netflix has been able to stay steady with the production of the third film, which is set to release on the streamer on August 11, 2021. That’s the same day that the Reekles’ third book, The Kissing Booth #3: One Last Time, is set to release. Diehard fans can check out both versions of the story on the same day to see how they compare and whether the threequel answers the unanswered Kissing Booth 2 mysteries, or those less inclined to reading can enjoy the movie on its own. Presumably, given the synchronized release and Reekles involvement in the films, both versions should be pretty similar.

The Kissing Booth 2 was superior to the first movie and set up a third movie pretty directly. It’s revealed that Noah didn’t actually have a sexual relationship with Chloe, but rather that he befriended her because he admired the bond between Elle and his brother, Lee. In fact, Noah brought Chloe to California so that she and his girlfriend could become friends. As for Elle, she addressed her conflict with Rachel, and then informed Marco that she was in love with someone else. The Kissing Booth 2 ends with Elle and Noah re-committing to each other. It’s then revealed that Elle has been accepted to both The University of California-Berkeley (where Lee is headed) and Harvard University (where Noah is currently enrolled).

F0r The Kissing Booth 3, the storyline explores Elle’s first year of college after she chose whether to travel cross-country to Massachusetts, or if Noah ended up deciding to transfer to Berkeley in order to be with his brother AND his girlfriend. It’s also possible that The Kissing Booth 3 on Netflix could take place during the summer, which would allow for the return of various supporting characters and put the focus squarely on Elle’s decision. The ending of the sequel shows that Marco hasn’t fully accepted Elle’s rejection, which means that he may try to romance her again, somehow, someway.

More: What To Expect From Kissing Game Season 2

Why The Suicide Squad Is A Box Office Disappointment

Q.V. Hough is a senior writer at Screen Rant. He’s also the founding editor at Vague Visages, and has contributed to RogerEbert.com and Fandor.