Everything you need to know about Naraka: Bladepoint 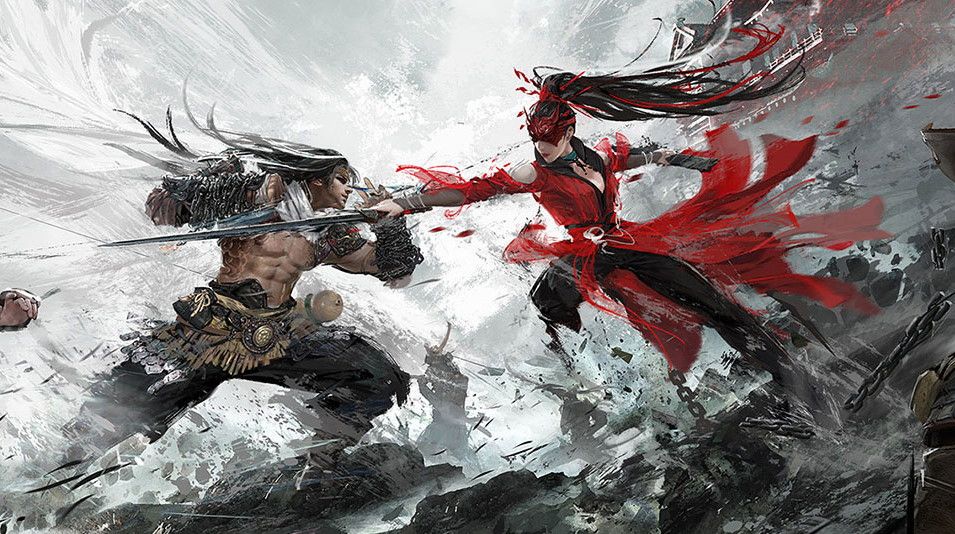 This promising battle royale game is here, so this Naraka: Bladepoint guide is here to help you get to grips with the basics. If you didn’t take part in the beta, then you’ll have missed that you can run walls, wield impressive-looking swords and take advantage of a deep character creator. Until now.

If you liked the grappling hook and sword fighting in Sekiro, then you’re probably going to enjoy Naraka: Bladepoint. There are melee and ranged weapons to master as well as parkour elements, inventory, and consumable management, and attack combos. Find out what you need to know about all that and more in this Naraka: Bladepoint guide primer.

When is the Naraka: Bladepoint release date?

The wait is over, battle royale fans: Naraka: Bladepoint is out on Steam . It is still listed as “coming soon” on the Epic Games Store.

As this isn’t your usual battle royale game, do yourself a favour and play the tutorial. It’ll get you up to speed with which weapons you can equip, how to execute combos, and how to do important things like heal yourself. It doesn’t hold your hand too much, but it’s a good environment to play about in before launching a match.

So far, you can play solos, duos, and trios matches, though players are already calling for squads to be added. The type of weapon and character you choose can depend on what type of match you pick, so choose wisely.

You’ll have a choice of ranged and melee weapons in Naraka: Bladepoint. If you fancy playing as a melee character you can use:

And if you fancy using ranged weapons, your choices are:

All the melee weapons are two-handed, and each weapon can get an upgrade using Souljades, which are weapon buffs. The ranged weapons vary in terms of one-on-one vs splash damage, but it depends if you want to play a defensive or offensive role. As this is a battle royale, I’m on the offensive 90% of the time.

Each weapon also comes with its own combos, making them even deadlier. With the exception of the greatsword, landing a weapon combo leaves your enemy vulnerable to a free light attack. Combos will disarm your opponents for a short time and you can parry against focus attacks, too. Each character also has an ultimate ability that can pair nicely alongside certain weapons, so do your homework.

It goes without saying that if you’re planning on using legendary tier weapons, hunt for armour to match it. Don’t get lazy when seeking out protection.

Ultimate moves are somewhat similar to those found in the likes of Apex Legends. Each character has a move that lasts a specific length of time and provides a range of buffs, from improved agility and marking enemies to grabbing opponents and smashing them into the ground. You’ll also have an F Skill, which is like a tactical ability in Apex terms.

Like many battle royale games, you’ll be able to seek out consumables that will heal you and recover your armour over 60 seconds. Not only that, but you’ll also be able to consume an item that will regain your Rage to charge up your Ultimate ability and one that will silence your footsteps, also for 60 seconds. Here are the different consumables:

The grappling hook is your best friend

The mighty grappling hook is your best friend in Naraka: Bladepoint. You can use it to highlight enemies and ambush them—from close and long range—or use it to make a timely escape. As I mentioned earlier, if you played Sekiro, you’re gonna have a good time zipping around the map in Naraka: Bladepoint. The Steam page says “You can do EVERYTHING with your grappling hook”, so don’t just take my word for it.

Get personal with character creation

There’s a big roster of characters to choose from, but did you know that you can upload a photo of your face and put yourself in the game? I can’t see that going wrong at all. Just imagine my face under Temluch’s helmet, what a nightmare.